Vietnam church gets involved in national and international issues 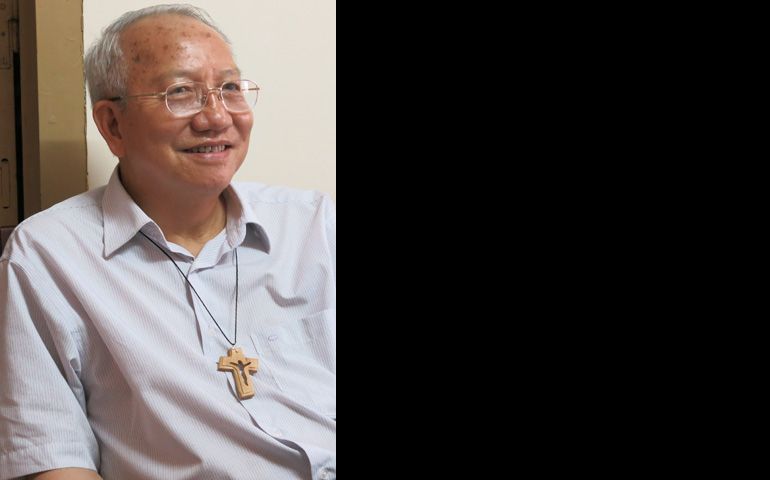 Ho Chi Minh City, Vietnam — In a strong bid to encourage Catholics to participate in secular issues, two open-minded church leaders ask Catholics to make peace in the world and foster patriotism, human rights and solidarity in their own country.

Living under the communist government's religious limitations for decades, most of Vietnamese Catholics tend to avoid facing persecution from government authorities by restricting their religious life within homes and churches. They also ignore burning issues damaging their nation and its place in the international community.

Recent months have been seeing changes in their attitudes to their faith life.

Marking the 97th anniversary of Mother Mary's appearances reportedly experienced by three shepherd children on Sept. 13, 1917, at Fatima, Portugal, the Episcopal Commission for Justice and Peace of the Catholic Bishops' Conference of Vietnam issued a message drawing up practical guidelines on faith practices and evangelization in the world during this period of insecurity and amid challenges and dangers.

"As Vietnamese citizens, we have responsibility for the destiny of our Fatherland and mankind's peace and prosperity," said the message posted on the commission's site.

The commission, led by Bishop Paul Nguyen Thai Hop, briefed Catholics on issues ranging from the current bloody wars in Gaza, Ukraine, Syria and Iraq and the political conflicts between Russia and Western countries, to territorial disputes between China and India, Japan and some Asian Southeast nations, including Vietnam.

Regarding national issues, the message said Vietnam suffers from an economic downturn, moral decadence, social unrest, increasing violence and violation of human rights. It also accused the Vietnamese government of continuing to hold secret meetings with its northern great neighbor, ignoring warnings about dangers facing the country issued by intellectuals and patriots.

The message urged Catholics to "uphold patriotism and bravely take on the obligation to protect and build the nation in justice, truth, freedom and solidarity."

The commission suggested Catholics continue carrying out the message of Our Lady of Fatima to pray for world peace and for justice and peace to reign over Vietnam.

Catholics were asked to attend liturgical services, go to confession, recite rosaries, fast, and do charitable work as way to express a desire to be close to those living in misery, to show solidarity with them in these arduous circumstances.

The commission urges Catholics to pray for the one-party communist government to "promptly take a firm stance on prioritizing the interest of our people and our country on the basis of our traditional values, instead of pursuing a consistent ideology which, as shown by reality, has done little to serve our national benefit but has brought our country to the brink of peril."

They should pray for China to respect peace and justice, to stop its plans to invade the East Sea.

Earlier, Archbishop Paul Bui Van Doc, who became president of the Vietnamese bishops' conference last year and became head of Ho Chi Minh City archdiocese in March, wrote to urge Catholics to be patriotic and publicly gather to pray for peace and justice when China had placed its oil rig inside Vietnam's marine exclusive economic zone and continental shelf in May. He also accused Marxist ideology of bringing the country to the brink of peril, a statement that his predecessors never made.

On Sept. 11, Doc asked Catholics to spend Sunday showing solidarity with the extraordinary Synod of Bishops on the family meeting Oct. 5-19 at the Vatican. He also asked them to strengthen family values and respect one another.

Doc also gave his appreciation to Vietnamese Redemptorists who work with unwed pregnant women, migrant workers and former soldiers of the Vietnam War who are invalids and have been abandoned. They also offer legal advice for those whose land has been unfairly taken away by government authorities, and they support human rights and democracy activists and console people who are persecuted for their religious beliefs.

Fr. Vincent Pham Trung Thanh, Redemptorist Provincial of Vietnam, told NCR that Doc publicly said the Redemptorists "bring happiness and joy to people and they are hope for the archdiocese too."

World | Vietnam church gets involved in national and international issues