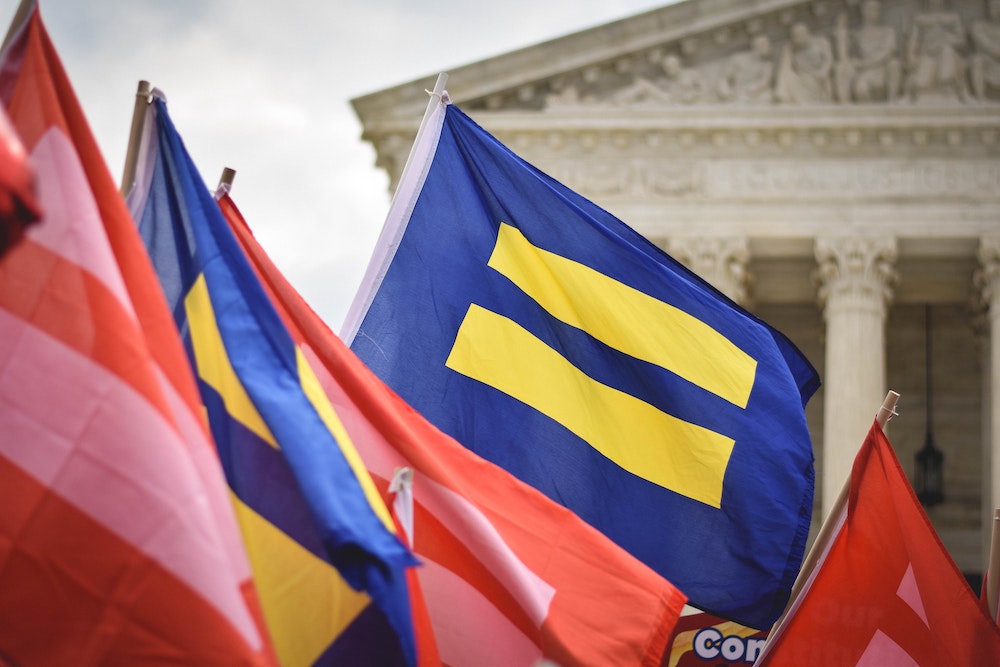 The incoming Biden-Harris administration, set to be the most pro-LGBTQ in American history, opens a new chapter of American politics and for the future of our country. (Unsplash/Matt Popovich)

The incoming Biden-Harris administration, set to be the most pro-LGBTQ in American history, opens a new chapter of American politics and for the future of our country. President-elect Biden and Vice President-elect Harris are taking the helm of a nation facing the violent throes of three epidemics: COVID-19, anti-Black police brutality rooted in widespread institutionalized racism and white Christian supremacist ideology that is at the core of what led to the recent insurrection and attempted coup at the United States Capitol. As a pro-equality Catholic, Biden has the opportunity to lead American Catholics through a moral reckoning with the sins of white supremacy, homophobia and transphobia that plague the Catholic Church and have a major impact on American public policy. These, and the many other crises that our nation is presently confronting, will continue to have disproportionate and devastating impacts on the LGBTQ community, most especially Black and Latinx transgender women.

The Catechism of the Catholic Church teaches that a fair and just society is chiefly instrumental to the pursuit of the common good. The common good is a concept in Catholic social teaching that asserts that in our shared civic life everyone deserves to have their humanity dignified and be afforded the opportunity to flourish. In order to achieve this, the Biden-Harris administration will have to tackle the intense divisions in our country and address extremist ideologies that have plagued our public discourse.

This will require not just masterful statecraft, but wise soulcraft.

The new administration will have to find what Pope Francis calls in his new book, Let Us Dream: The Path to a Better Future, the "surprising harmonies" between individuals and communities in disagreement about the best path forward for our country. This must also happen without sacrificing the needs of the most vulnerable in the process. To do otherwise would be anti-Catholic.

Catholic teaching describes "food, clothing, health, work, education and culture, suitable information, the right to establish a family" among the necessary components for the social well-being of individuals and communities. Without these basic fundamental rights ensured — for everyone — the common good is just a theory. Thus, in order to put the common good into practice, we must ensure that rights to these fundamental human needs are protected and upheld for every community, including the LGBTQ community.

In Let Us Dream, Francis writes that "disagreements of a philosophical or theological nature — between faiths, or between secular groups and people of faith — are not obstacles to uniting to pursue shared goals, as long as everyone involved shares a concern for the common good." The common good in Catholic teaching is defined as having three principal elements: respect for the person, social well-being and peace. Thus, our pursuit of the common good in American public life must ensure the respect and well being of all members of society, most especially the most vulnerable and forgotten. Members of the LGBTQ community far too often fall into the category of vulnerable and forgotten.

Black and Latinx transgender women and non-binary people continue to face a rapidly intensifying epidemic of violence, and in 2020 suffered the most violent year on record for fatal violence perpetuated against them. As the nation continues to face the devastating impacts of the COVID-19 pandemic, data compiled by the Human Rights Campaign shows that the pandemic has had a disproportionate economic impact on LGBTQ people of color, especially transgender people of color. LGBTQ youth face discrimination in school, at home and in their faith communities that further compounds the mental health crises they are facing. Without comprehensive and explicit legal protections, the LGBTQ community will continue to suffer as second-class citizens in a nation in peril.The future of both Catholic thought and American politics must take into account the long suffering of LGBTQ people of color who have often been told to "wait our turn" in response to making demands for our social well-being. We cannot wait any longer. 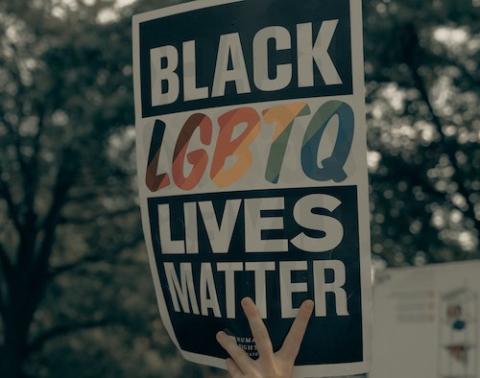 As the nation continues to face the devastating impacts of the COVID-19 pandemic, data compiled by the Human Rights Campaign shows that the pandemic has had a disproportionate economic impact on LGBTQ people of color, especially transgender people of color. (Unsplash/Clay Banks)

Our pursuit of the common good must be more than lofty theologizing, but must be reflected in concrete and specific policy changes that will allow our politics, in Pope Francis' words, to be "an expression of love through service."

The Human Rights Campaign's Blueprint for Positive Change outlines how Biden can begin this work through a series of 85 policy recommendations reaching across the federal government. These policy recommendations, in addition to working to pass the Equality Act, a piece of legislation that would provide LGBTQ people with comprehensive and explicit non-discrimination protections, are critical components to advancing the common good and achieving, in Francis' words, "a world where dignity is valued and respected through concrete actions."

In 2019, the U.S. Conference of Catholic Bishops submitted a letter to the Senate condemning the Equality Act, unfortunately claiming that though Catholics, "share in [the] work of justice," and that "each and every person should be treated with dignity and respect," this legislation is a direct assault on our republic's founding principle of religious freedom — among other erroneous claims. The idea that non-discrimination protections for LGBTQ people, or any marginalized group for that matter, is an assault on religious freedom distorts the virtues of such freedoms into the meritless and dangerous belief that religious freedom is a license to discriminate. While Catholic social teaching upholds a preferential option for the poor, the oppressed and the marginalized, nowhere in Catholic teaching is there a preferential option to discriminate, hate or claim superior rights over others.

While voices of hate have often been the loudest, the majority of Catholics in the United States, including Biden who has long been an advocate for the LGBTQ community, understands that supporting pro-LGBTQ policies are in direct alignment with Catholic teaching on the common good. The Public Religious Research Institute's 2019 American Values Atlas showed that 75% of Hispanic Catholics, 74% of white Catholics and 74% of non-white Catholics supported nondiscrimination protections for LGBTQ people. Francis' statements in support of legal unions for same-sex couples, while making no changes in church doctrine, gives a roadmap for how Catholics can advocate for public policy in pursuit of the common good, even if their sincerely held theological convictions afford them different views on human sexuality.

Catholic social teaching's long history of exhorting Catholics toward the work of justice, or what the Sisters of St. Joseph would call love for our dear neighbors, can guide not only the new administration, but all Catholics, into the good and sacred work of healing and rebuilding this republic into one that works for everyone.

This story appears in the Building a Common Future feature series. View the full series.
A version of this story appeared in the Feb 5-18, 2021 print issue under the headline: Biden must pass LGBTQ non-discrimination protections.