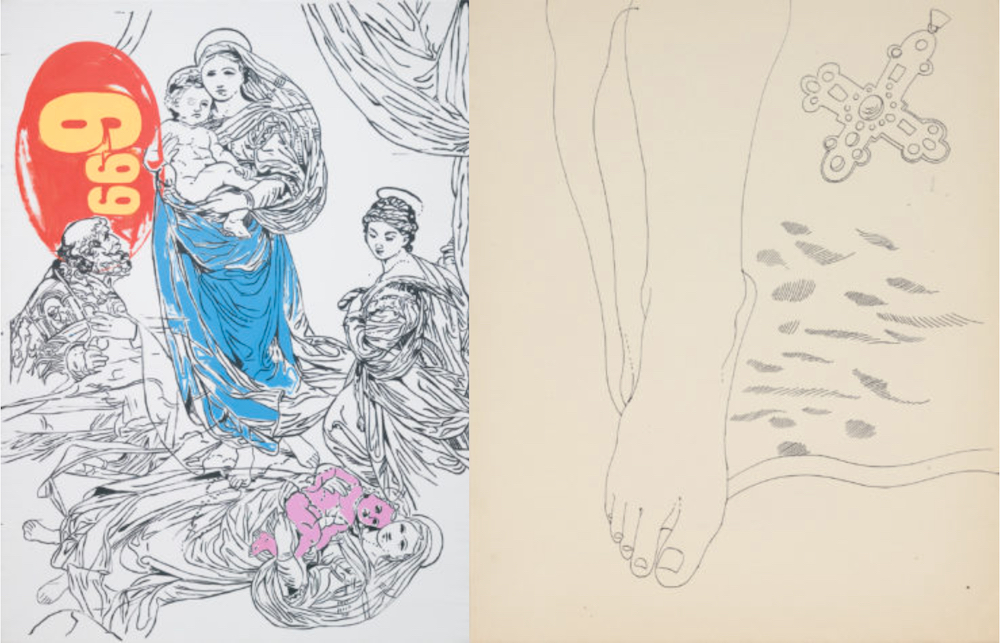 See it in person

"Andy Warhol: Revelation" is on view at the Andy Warhol Museum in Pittsburgh until Feb. 16. The exhibit later travels to the Speed Art Museum in Louisville, Kentucky, from April 3 to Aug. 21.

The work of Andy Warhol (1928-1987) continues to be exhibited extensively throughout the world, command exceptionally high prices at auction, and examined from a variety of art history perspectives.

Yet many would be surprised to learn that Warhol was a lifelong Catholic whose faith played a pivotal role in the development of his work. "Andy Warhol: Revelation" at the Andy Warhol Museum in Pittsburgh traces the influence of Catholicism upon Warhol's artistic career — beginning with his rearing within a traditional Byzantine Catholic family in the industrial environs of Pittsburgh through his rise to international art-stardom. 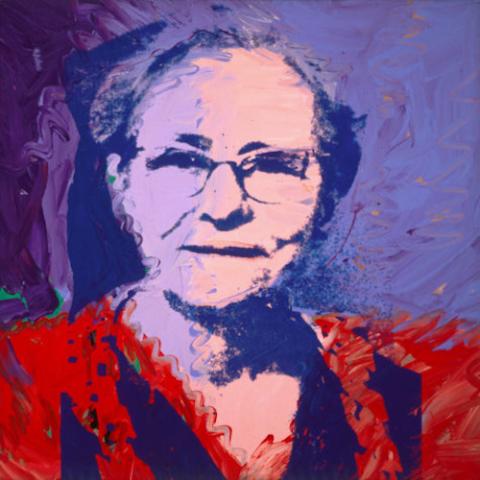 Trailer for "Gosnell: The Trial of America's Biggest Serial Killer" on YouTube

Assembled by The Warhol's chief curator, José Carlos Diaz, this important exhibition represents the first time a museum has dedicated a show exclusively to the intersection of Warhol's faith and artistic oeuvre. The show draws upon a diverse collection of paintings, drawings, prints, film and personal affects to illuminate the complex life of faith maintained by one the world's most recognized and sought-after artists.

Born in 1928 to Carpatho-Rusyn immigrant parents, Andrew Warhola was baptized and grew up attending the liturgies at St. John Chrysostom Byzantine Catholic Church in the Ruthenian section of Pittsburgh. Warhol would have shuffled through Communion lines with his fellow parishioners gazing towards the pantheon of saints that adorn the iconostasis — images revered for making the divine visual to the worshipping faithful. Immersion within the multi-sensorial dramas of the divine liturgy proved formative as these experiences, as for many Catholics, were arguably the artists' first meaningful contact with art.

In the years that followed, Warhol became the first in his family to earn a degree, graduating in 1949 from Carnegie Institute of Technology (now Carnegie Mellon University) before moving to New York and beginning a successful career as a commercial illustrator. In the exhibition, dozens of drawings from this period arranged on walls of deep, royal violet depict angels and nativities rendered in the artist's signature blotted-line technique, highlighted with gold leaf, and accompanied by messages inscribed by Julia Warhola, the artists' mother, whom he frequently enlisted in projects because of her fanciful penmanship.

Nearby, visitors will find exhibition cases brimming with familiar devotional items — a scapular, holy cards, hand-painted statues, wall crosses and prayer books — all bearing signs of use, an indication that these served as powerful visual reminders of the sacred for Warhol and his family. It was humble, commercially manufactured sacramentals synonymous with Catholic life like these that later became inspiration for Warhol's work, re-imagining them as more vivid manifestations of the divine. 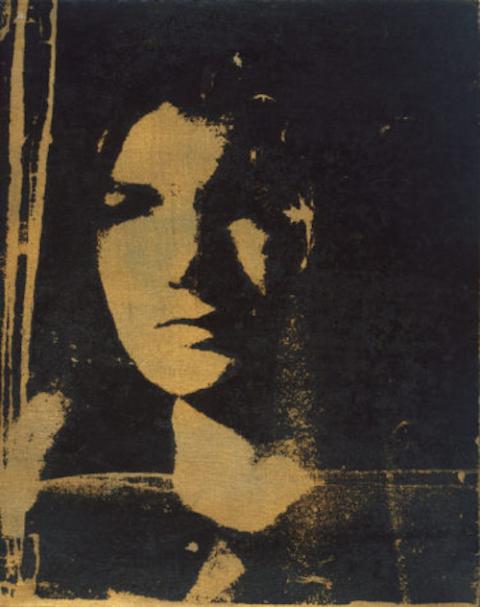 One room is dedicated to images of Marilyn Monroe and Jackie Kennedy — celebrity standards of 20th century American culture, transformed into contemporary icons. While forever crystallized in the common imagination as women of glamour and poise, in this context, they are, we are also reminded, linked by lives ultimately defined by great suffering — reminiscent of Mary's title as Our Lady of Sorrows. Images of Warhol's mother accompany these works — an indication that Warhol not only maintained a great reverence for his mother but also could attest to her own hardship, having lost her husband Andrej, when Warhol was only 14. Here, photographically reproduced images recall the presence of individuals whose absence remains palpable.

Throughout the 1960s, Warhol produced some of his most recognizable works that featured serial images of Campbell's soup cans, Coca-Cola bottles and Elvis Presley, among other contemporary celebrities and items of material culture. Concurrently, while largely concealed from public view, Warhol maintained a variety of the ritual practices of his rearing. He frequented Mass, stopped in churches to pray, financed his nephew's seminary education and volunteered regularly at a church-sponsored community soup kitchen on Manhattan's Upper East Side.

In his ceaseless effort to represent contemporary events, personas and material culture, Warhol also embodied what it means to be a Catholic in search of meaning and mystery within the everyday. The overlooked elements of popular culture the rest of us would likely ignore as banal or inconsequential, Warhol celebrated as reminders that life at its most elemental have much to say about the world we share. 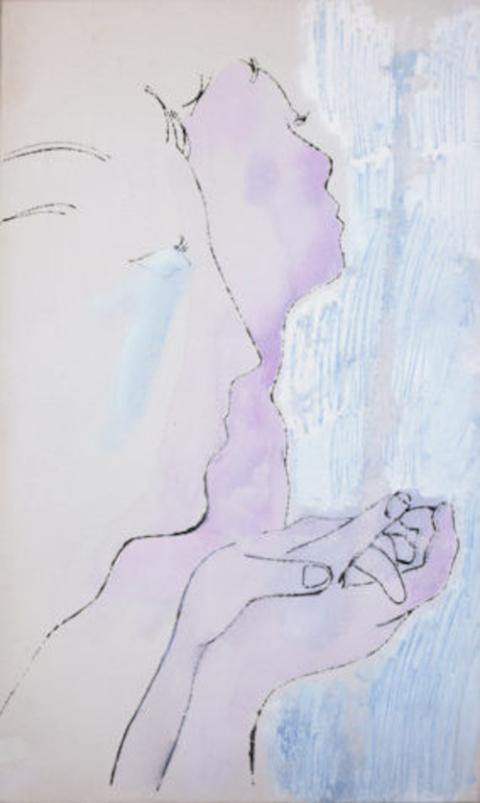 In the contentious socio-political landscape that dominated the 1980s, Warhol embarked on an ambitious body of work that re-imagined Catholic imagery with the liveliness of pop art. It was not until this period that he initiated one of the largest projects contemplating religious themes ever created by an American artist. Employing masterworks from the Renaissance, Warhol reproduced, flattened, expanded and re-colored Leonardo da Vinci's "Mona Lisa," "The Last Supper" and "The Annunciation" using his mechanical method of photo screen-printing. These works render familiar paintings from the Western canon with a renewed vitality. By cropping, layering and introducing vibrant color combinations to form wholly new compositions, Warhol challenges us to think of these inherited images as anything but stagnant.

In many ways, Warhol's work also reflects a negotiated relationship between the traditional Catholicism of his childhood and his queer identity. Rather than remaining mutually exclusive, the two informed one another in an ongoing dialectic. Despite church leaders' condemnation of homosexuality, Warhol remained devout.

"The Catholic Body" is a section of the exhibition that poignantly explores this tension. In one work, Warhol has overlapped an isolated image of Christ lifted from a drawing of da Vinci's "The Last Supper" with an advertisement of a young, muscular man accompanied by the text "Be Somebody with a Body." Here, the body is a site of contesting forces — visualizing the anxieties of a man in search of physical strength coupled with an image of Christ at table. The boundary between sacred and profane dissolves as connections between the body as incarnational presence and spiritual food begin to emerge.

Dominating the better part of one wall of the exhibition, Warhol's "The Last Supper, 1986" commands viewers' attention. Warhol used a 19th century lithograph by the German artist Rudolph Stang (1831-1927) reproducing Da Vinci's "The Last Supper" for its imagery. Two images of Christ and his apostles are displayed side-by-side in a field of rosy pink. Despite being one of the most reproduced images in the Western world, very few have ever come face to face with Da Vinci's masterpiece. Here, Warhol's canvas is installed at eye level, allowing visitors to enter the scene when Christ announces to his followers that one will betray him. Warhol's repetition of the image encourages a second reading; a closer inspection of details that transform a highly diffused image often relegated to the realm of kitsch into a contemplative space that envelopes the viewer.

Like so many of the great artists of previous centuries, Warhol confidently re-illumined Christian subjects within an astute awareness of the contemporary moment. These visual expressions of faith wrestle with what it means to be Catholic in a rapidly changing cultural landscape and can therefore serve as sites of dialogue in our decisive times. It is up to us to cultivate a posture of openness to the world in which we inhabit and allow ourselves to witness to this revelation.

[Andrew Julo serves as the director/curator of the Verostko Center for the Arts at St. Vincent College in Latrobe, Pennsylvania.]