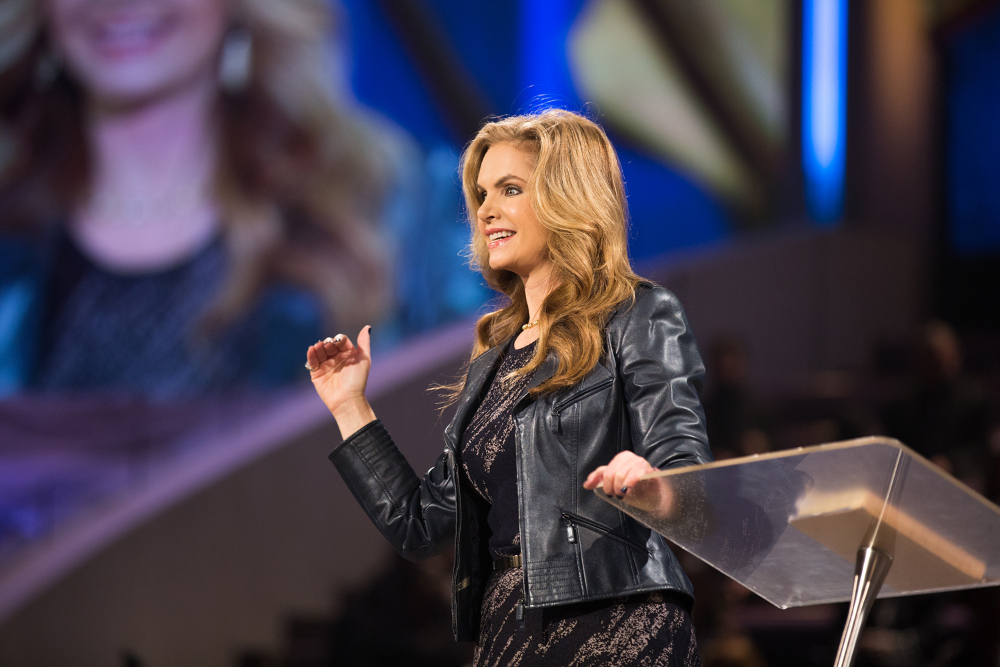 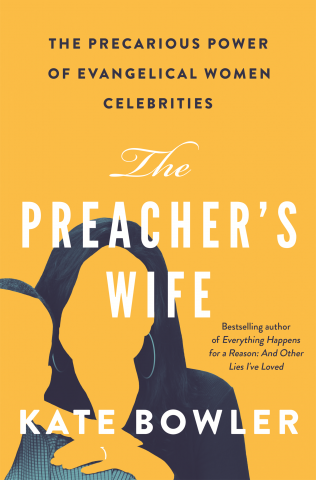 As an evangelical teenager, I harbored a secret. When no one was watching, I'd sneak away and listen to Nancy Leigh DeMoss, a popular Bible teacher with her own radio show for women.

I knew it wasn't proper. I'd read 1 Timothy about women remaining silent in the church. After elementary school, women weren't allowed to teach my Sunday school class because I was already considered a young man. My church groomed men to be fathers and leaders and women to be mothers and followers.

But DeMoss captivated and intrigued me. In my evangelical frame of mind, I wondered what she was up to. Which male authorities gave women like her time on the radio, and what rules governed her stardom?

These are among the questions that Kate Bowler addresses in The Preacher's Wife: The Precarious Power of Evangelical Women Celebrities. Bowler uncovers the multiform world of evangelical celebrity as a precarious, high-stakes game that rewards women who abide by its rules and punishes those who do not. The dual forces of complementarianism (the belief that God creates men and women and their bodies for different roles in families, societies and the church) and American capitalism determine which women succeed and which fail.

Over the course of five chapters, Bowler introduces us to models of women's leadership, including the Preacher, the Homemaker, the Talent, the Counselor and the Beauty. As evangelical women play these parts, they must negotiate their influence and prestige within the confines of evangelical patriarchy.

Sometimes, the negotiations are rhetorical. Women can claim to be Bible teachers, for example, but not preachers. Other times, women's success depends on aesthetics. The preacher's wife must be beautiful and feminine, but never immodest. Each chapter of Bowler's work reveals the many delicate balancing acts required of evangelical women in public life.

Those sympathetic to feminist discourse will be unsurprised to learn that evangelical masculinity is fragile, and women's power in megachurches, media and speaking circuits often relies on the men in their lives. The authority granted to women is contingent on their credible performance of deference to husbands and other male spiritual authorities. For that reason, women in evangelical leadership must be visibly good wives and mothers before anything else.

There are also many surprises to be found in Bowler's work. We learn, for example, that women are much more likely to become spiritual celebrities in conservative evangelical circles, where there are countless constraints on women in leadership, than in mainline Protestantism, where denominations that have supposedly opened their leadership to women actually do very little to support them.

Bowler's careful history also shows that progress for women in faith communities is not inevitable. Much of late-20th-century evangelicalism was a backlash to feminism. That backlash resurfaced old hierarchies, closed opportunities for women in ministries that had long been open to them and created more burdensome expectations for wives and mothers managing their families and homes.

One of the book's greatest strengths is the way that it situates evangelical women's experiences within a broader history of U.S. religion, culture, politics and economy. For many Catholics, it will be a useful introduction to U.S. evangelicalism, and Bowler is a uniquely suited guide.

At the beginning of the book, Bowler shares how she grew up Mennonite and is now a professor at Duke Divinity School. Recently, she became a Christian superstar herself after publishing Everything Happens for a Reason: And Other Lies I've Loved, a best-selling book about her coming to terms with a cancer diagnosis. Bowler's celebrity is clear on her well-designed website, which offers links to podcasts, a calendar full of speaking engagements and even a book club.

Beyond her own experiences, Bowler's research demonstrates a long-term investment in relationships with evangelical women. Her voice is present throughout the work, which offers a respectful, if at times critical, dialogue between Bowler and her subjects. One gets a sense that Bowler really does like the women she meets, however far apart their lives may be.

She does not objectify, poke fun at or fall into easy stereotypes of evangelicals, which is no small feat for an academic. It was especially refreshing to read nearly all the way to the end without being reminded of evangelical support for the Trump administration.

A version of this story appeared in the Oct 4-17, 2019 print issue under the headline: Evangelical women do balancing act in public life.