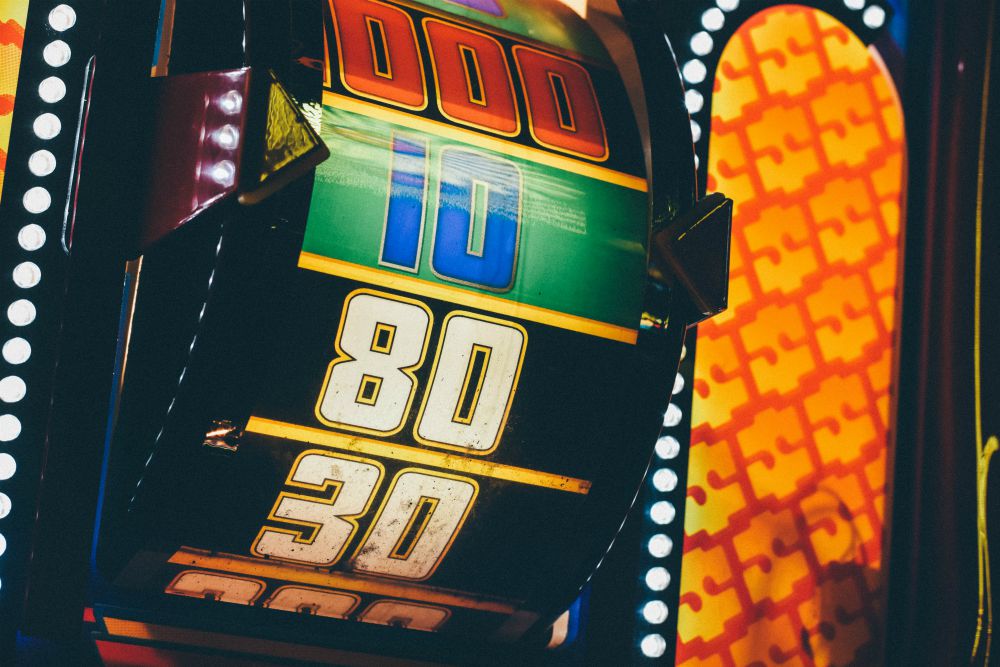 Early in the year, Walmart announced it was raising its starting wage to $11 an hour and increasing maternity and parental leave benefits. CEO Doug McMillon credited the tax cut signed into law just before Christmas with the decision.

The next week, Apple announced it was giving $2,500 worth of restricted stock units to all of its employees. The company, too, gave credit to the cut in corporate tax cuts for its decision.

The Trump administration was only too happy to take credit for the wage increases. "This is only the beginning of what people have to look forward to in the Trump economy," crowed White House Press Secretary Sarah Huckabee Sanders.

Economic Policy Institute Research Director Josh Bivens told the Los Angeles Times that all the hoopla surrounding Walmart's announcement "just highlights how beaten down expectations about wage growth in the U.S. economy have become." And, at US News & World Report, Pat Garofolo noted that one of Walmart's principal competitors, Target, announced it was raising wages months before the tax bill passed into law, so it is more likely Walmart was raising wages because of competitive pressure to do so.

There is no doubt economic conditions are improving. A new poll indicates that more Americans, 50 percent, give the administration of President Barack Obama "a great deal or good amount of credit" for the improved economy, while only 38 percent award that credit to the Trump administration. I disagree with the question: Economic growth and decline is the result of a wide variety of very complex factors, and we tend to over-value the significance of presidential leadership. Was the boom of the '80s really the result of Reagan's tax cuts or of Paul Volcker's tight money policy at the Federal Reserve? Bill Clinton's effort to balance the budget in 1993 put the country's finances on a sounder footing, but the explosive growth of that decade was mostly the result of increased productivity due to growing computer technology.

I fear the more important question we need to be asking ourselves is not who should get the credit for the improving economy, but whether or not the American people can be bought. Will Trump use the bully pulpit of the White House to convince Americans that he is responsible for any rise in wages that occur and, just so, cause them to overlook his many faults?

The question of what role avarice — excuse me, pursuit of the American Dream — plays in our national self-understanding is a fascinating one. We tell ourselves and our children that the brave Pilgrims came to these shores seeking religious freedom, but the Pilgrims had plenty of religious freedom in Holland. What they did not have in Holland was economic opportunity, and so they decamped for Plymouth. The historiography of the American Constitution is vast and complicated, as it should be, but none deny that the protection of property was a principal goal of the drafters. In his 1937 book, Bulwark of the Republic: A Biography of the Constitution, Burton J. Hendrick writes: "The purchase of Louisiana, and the War of 1812, made the Mississippi forever an American highway, and so established the allegiance of the trans-Allegheny country by the strongest of all bonds, that of economic interest." Strongest of all bonds?

The Southern citizens of the new Republic who dominated the settlement of the West — South Carolina accounted for more emigrants to the frontier between 1800 and 1840 than any other state — wanted to extend slavery because that was the only way they knew how to manage an economy centered on harvesting the cotton the British markets demanded. And, so, the common perception at the time the Constitution was adopted, that slavery would wither away, was replaced early in the 19th century by the political demand that the peculiar institution be extended into the newly opened Western territories. Whether or not the Constitution permitted the extension of slavery is the question the Constitution could not solve, and our country fought a great and dreadful civil war to settle it. 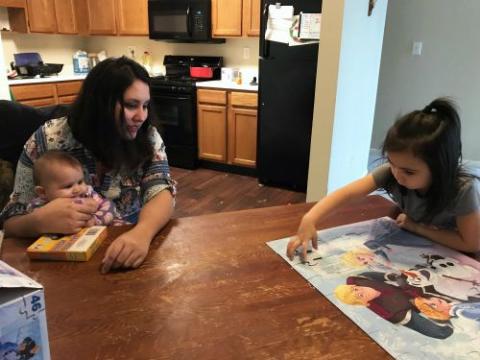 Brenda Martinez, left, puts a puzzle together with her daughters, Luna, 4, and Athenea, 5 months, in her Indianapolis home Jan. 4. Brenda was brought to the U.S. from Mexico at the age of 6 and is currently protected from deportation by the Deferred Action for Childhood Arrivals program. (CNS/Katie Rutter)

So, in our own time, can we be sure that the American people, if they feel that their pockets are fuller than before and their prospects more rosy, will not look the other way while President Donald Trump deports hundreds of thousands of people who have known America as their home for decades? Will the fatted calf cause us to be blind while citizen children are forced to say good-bye to parents being deported? Trump promises four years of ignoring the need to limit and reverse environmental degradation: Is the urge to protect the planet for future generations stronger than our delight at making more per hour? What other social goods will be cast aside or ignored for fear the golden goose will stop laying her eggs?

In the Catholic intellectual tradition, the moral language about the ends of government invokes solidarity, the common good, the dignity of all human persons. Our tradition is certainly not allergic to the material needs of the citizenry, but economic "success" is not a moral objective. Every person is entitled to a living wage, access to health care, a secure retirement, time with family, etc. These things can all be denominated, but such denomination shrinks them from their full human significance. Similarly, everyone has the right to migrate in pursuit of a better life, whether they migrate from Honduras to the U.S. in our time, or from South Carolina to Missouri in 1825. The reduction of good governance to economic performance is not a Catholic idea, but then again, America is not a Catholic country.

To be sure, I do not begrudge the workers at Walmart that extra bit of money: If you have been living at or below the poverty level, an additional 40 bucks a week is a big help. But why is it that anyone in America has to live on so little? Will enough Americans, pardon the verb, buy into the myth of trickle-down economics? Will enough Americans ignore other injustices if they feel more economically secure? If history is any judge, we have reason to worry.