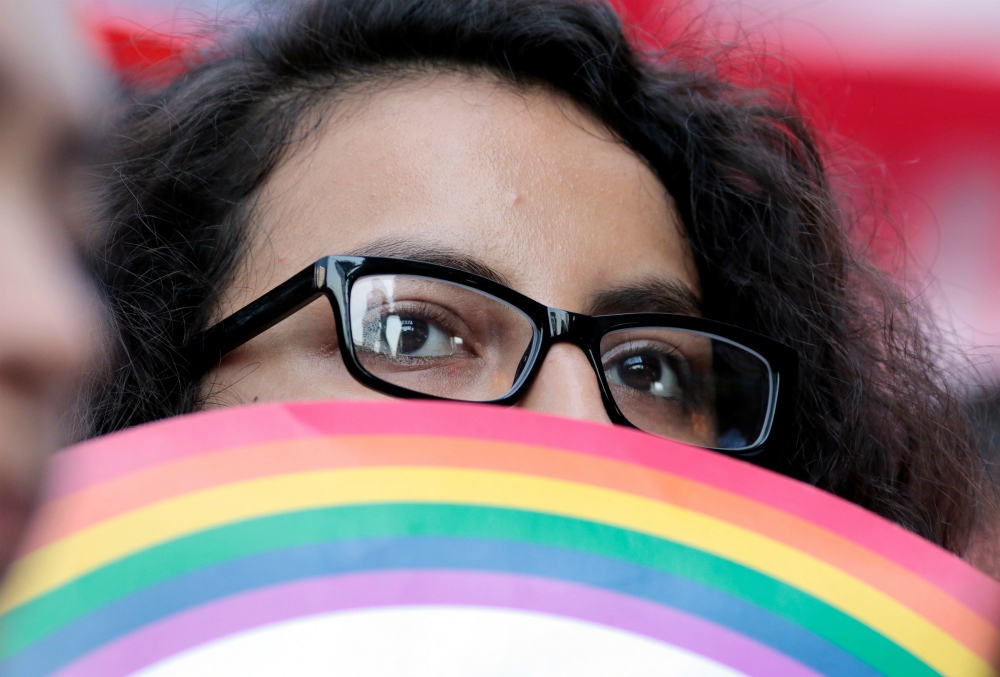 Dafne Jacobs, a Deferred Action for Childhood Arrivals recipient, stands with supporters during a rally outside the Federal Building in Los Angeles Sept. 1. (CNS/Reuters/Kyle Grillot)

President Donald Trump presents himself as a decisive man, a man of action, someone who is willing to take a risk and let the chips fall where they may. If he were a football coach, and it was fourth down with one yard to go, he would go for the first down. That is his image. Yet, on the decision to keep or cancel the Deferred Action for Childhood Arrivals (DACA) program, he punted, canceling the program but deferring the implementation of his decision for six months so that Congress can pass legislation to make the program permanent.

In a strictly formal sense, there is a legitimate rationale for the decision: When President Barack Obama initiated DACA in 2012, Republicans cried foul, claiming only Congress could change immigration law. Obama countered that his executive order only applied to the implementation of the law. The Republicans had a point and there is no shame in defending constitutional principles. But the current president could not tell a principle from a Pop-Tart, so the formal argument collapses.

Trump took this action because he does not want to appear cruel and he also doesn't want to anger his base, already disturbed at the inability of Trump and the Republican-controlled Congress to repeal Obamacare. And, as usual, Trump is looking to blame someone else for whatever resolution of the matter is forthcoming. Have we ever witnessed a man in such a responsible position who was so allergic to blame? It is pathetic.

I confess that while I hoped the president would continue the program, I also feared that outcome. The thought of Trump receiving accolades for being humane made my skin crawl, and not only because of the demonstrated crudeness of the president but because of the way DACA has affected the overall debate on immigration.

DACA affirms one of the principles that Pope Francis has highlighted in detailing how Christians should approach issues: Reality is more important than ideas. Almost 800,000 young people were approved for DACA. For them, it was possible for the first time to come out of the shadows and live a normal American life. They knew, previously, only an abnormal American life and, had they been deported, their lives would have been abnormal, too, for they had no real experience of the countries of their birth.

But, still, DACA always stuck in my craw. It was necessitated by the failure of Congress to act on comprehensive immigration reform and so it had the character of a deliverance, not a victory, and the two should not be confused. Comprehensive immigration reform would have been a victory. DACA was a political Dunkirk. Better to save what you can, to be sure, but it would have been better to have won the main battle in the first place.

I believe certainly that these young Americans should come out of the shadows, but I also believe that those undocumented immigrants who did not qualify for the program should be permitted to come out of the shadows. The fact that these young people had been brought to this country as children made their innocence of any criminal intent obvious. But emphasizing their innocence, I feared, would make it seem like all other undocumented immigrants would be seen as criminal. 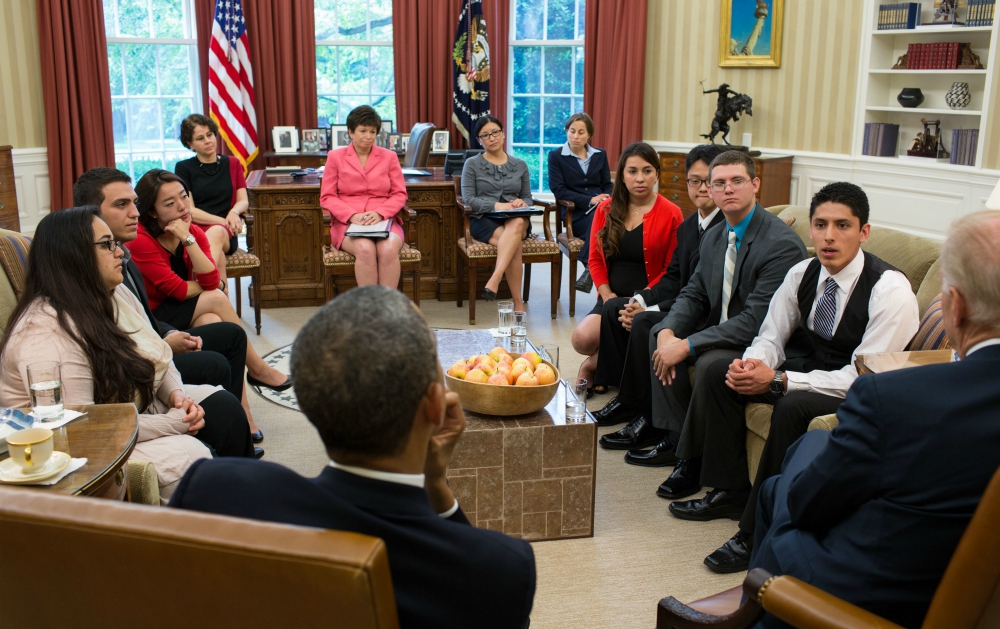 In May 2013 in the Oval Office, President Barack Obama and Vice President Joe Biden meet with young people who have benefited from the Deferred Action for Childhood Arrivals program and with U.S. citizen family members of undocumented immigrants. (Obama White House Archives/Pete Souza)

On still another hand, regularizing the status of these DACA recipients might strengthen the case for other immigrants being able to stay, such as their parents, on the theory that family unification is an important human, and therefore political, objective.

Regrettably, the Trump administration is trying to lessen the weight of family unification in immigration cases and replace it with a determination about an immigrant's skill set. This offends everything the so-called pro-family GOP has stood for, but the contradiction is lost on the Republican base, not least because Trump repeatedly speaks of immigrants as if they were all a bunch of criminals.

The other day, I drove over the speed limit. I broke the law. I did not imperil anyone. Did I commit a crime? Yes, and I paid my fee. Comprehensive immigration reform is premised, in part, on the fact that the appropriate penalty for violating immigration laws is a fine, not deportation.

Another premise of comprehensive immigration reform is that the United States must act in a humane manner. As the fate of DACA heads to Congress, we should not feel unduly confident. Just a couple of months ago, Congress came perilously close to throwing millions of Americans off of their health insurance.

The sad and horrible fact is that Republican members of Congress, as well as the president, know that their base is less concerned about humanely treating other people than it is with cultivating a sense of grievance against other people, and defining our national identity on the basis of that grievance.

There are many millions of Americans who are entitled to feel aggrieved: Their livelihoods have vanished and their communities have followed. They watch the rich and famous on television while members of their own families and communities struggle with depression or addiction. People who once made a good living at the shop now earn minimum wage in the service industry. Hundreds of thousands lost their homes to foreclosures while not a single Wall Street vulture went to jail.

But undocumented immigrants are not the cause of their plight, only the scapegoat for it.

No one should be surprised the president decided to end DACA, or to leave its continuation to others. He must dread the prospect of Congress actually doing anything. That would be one bill with no public signing ceremony.

When the president is in trouble — and his pitiful record to date combined with the ever-growing threat posed by investigations into his campaign's dealings with Russia make for a mountain of trouble — he stokes racial animus. It is what he does. Birds fly. Dogs bark. Trump stokes the fires of white nationalist hatred.

As a Catholic community, we must remember that DACA is important, but it is not enough. We should fight to keep it going, but we should not let its continuation lead us to ignore the still-pressing need for a comprehensive reform of our immigration laws.