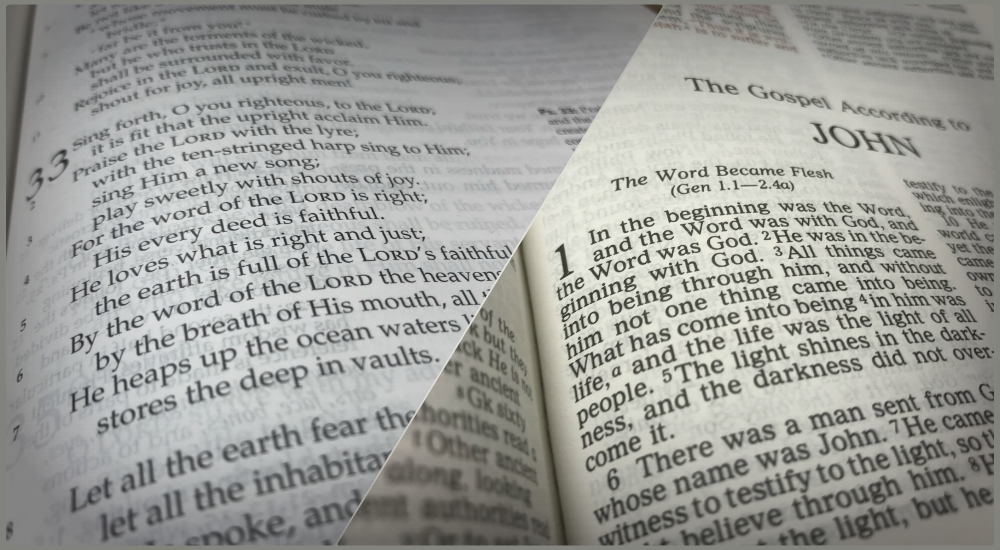 "Been there, done that" hasn't killed the annual New Year's resolution ritual, despite a failure rate of close to 90 percent. In fact, more people are making them today than a century ago. All sorts of resolutions remain perennial favorites, including those that relate to health, personal advancement and doing more good for others.

The two of us pondered a question as an interesting thought exercise. American Christians and Jews have recently celebrated popular and meaningful holiday observances. Both of us are closer to the more theologically demanding ends of the belief continuum of our respective faiths. We are acutely aware of the theological incompatibility of some of our positions, even if they have not prevented us from enjoying a deep friendship.

Could we come up with a resolution for the New Year that would appeal to our mutual faiths — and that might please atheists and agnostics as well? Could it be something more immediately attainable than "bring peace to all mankind" or "cure a diseased planet"?

We think we can.

Even without our suggestion, using words more carefully would be a good first resolution. Can there be an American who is not conscious of how much hostility and incivility have taken over our public discourse, and even the everyday interaction between people? Not to mention a mushrooming of online hate speech, a pandemic of bullying that drives young people to suicide, and the iffy stuff that we debate — venomously, of course — whether to call out as "dog whistles."

Even without our suggestion, the positive power of words should inspire and motivate us. Now that our attention span has shrunk to less than that of goldfish, words themselves are endangered. We have less patience for reading; we want our information visually and in short spurts. We sense that what emojis and YouTube offer is important in life.

Yet it is with words that we most often express the depth of love; that we soothe a child who has scraped her knee; that we build self-confidence in a young person; that we communicate sympathy in times of loss; that we create friendships that are meaningful.

But we wanted to find a resolution that would have special appeal to people who are deeply invested in faith. Using words more nobly may seem to have little to do with our respective faiths, other than fit into the general rubric of "Love your fellow as yourself." (That isn't working so well lately. It has become too easy for folks to exclude people they don't like from coverage by that commandment.)

Consider where all this speech-talk began. The Hebrew Bible takes a pretty dramatic position about the power of words. "By the word of the Lord the heavens were made, and by the breath of his mouth all their host" (Psalm 33:6). John 1:1 may be one up on that. "In the beginning was the Word, and the Word was with God, and the Word was God."

Both verses see explosive power in "the word," even as Christians and Jews are just not going to be getting together on what (or What) that word was and did. Christians will find the Jewish take on Psalms to be insufficient; Jews will find the Logos intent of John to be untenable. So that ends that.

You would think. But take a closer look. Both verses use "word" as a synonym for something very different — indeed, for something emanating from within G-d. Why does this work? Think of all the nouns that couldn't work. Why does "word" get it right?

Because the so-called Judeo-Christian legacy thing is real. For all their differences, Jews and Christians not only believe in a divinely sourced soul within humans, but root that belief in the opening chapters of the Bible. What made us human was the divine spirit that was breathed into us, as if from "within" G-d himself. It is that divine breath that makes us human and special, and not just a more advanced (or degraded, depending on who you ask) primate.

If that soul, that "portion of G-d from above" according to the Zohar, the central work of Jewish mysticism, is what defines our ultimate selves, then words are nothing less than windows to our essence. They are the way that we invite others in, to give them some understanding of who we are as unique individuals. And if our souls are holy, then so too are words.

This, then, is the resolution for 2019 that we propose. Let all those within our common tradition reflect on the sanctity of words. Let them have more meaning and depth than another tweet. We don't casually or carelessly throw around holy objects. If we can appreciate that words not only have power, but are possessed of holiness, we just might be more likely to use them for holier purposes.

[Rabbi Yitzchok Adlerstein is director of interfaith affairs for the Simon Wiesenthal Center, the global human rights organization. He is an Orthodox rabbi. Daughter of St. Paul Sr. Rose Pacatte is founding director of the Pauline Center for Media Studies in Culver City, California. She is an award-winning film critic whose work appears in NCR.]