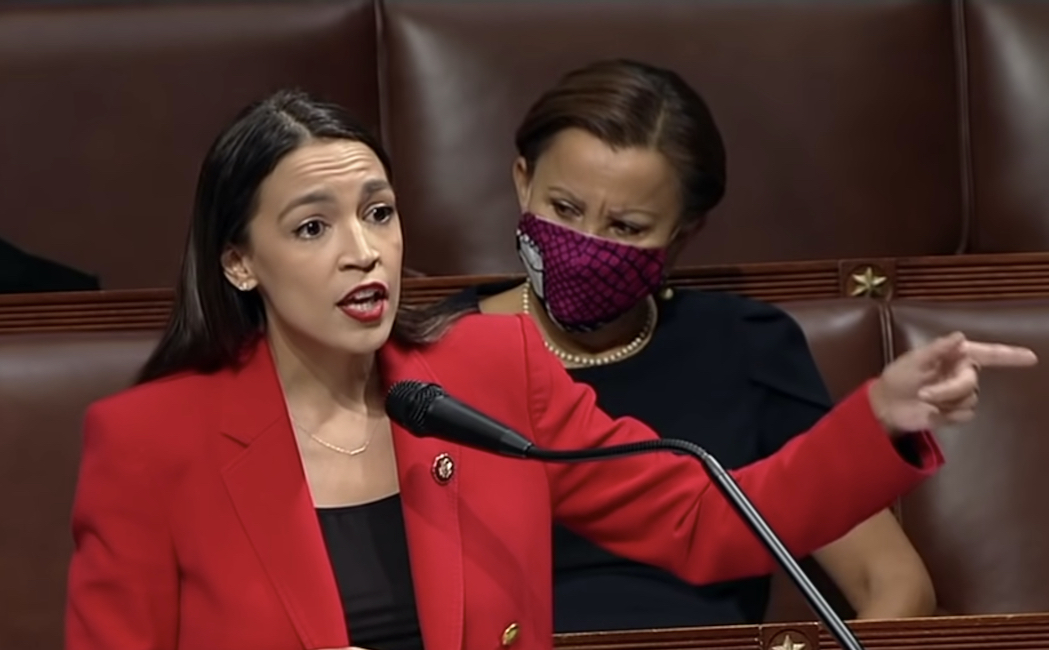 U.S. Rep. Alexandria Ocasio-Cortez's stunning speech on the House floor last week has been called "a comeback for the ages," "the most important feminist speech in a generation" and "a lesson in sexism and decency."

Responding to an incident on the steps of the U.S. Capitol in which Rep. Ted Yoho of Florida verbally assaulted her — including calling her a "f---ing bitch" — Ocasio-Cortez noted that "this is not new, and that is the problem."

"This issue is not about one incident," she said. "It is cultural. It is a culture of lack of impunity, of accepting of violence and violent language against women, and an entire structure of power that supports that."

As I listened to her 10-minute address on the House floor, I was struck by how often it referenced Catholic values.

Ocasio-Cortez repeatedly railed against the "dehumanizing" of others and instead called for treating people with dignity and respect. These are themes often repeated by Pope Francis, who has  specifically cautioned about gossip and urged the use of respectful language, saying "it is possible to kill someone with the tongue."

The Democratic congresswoman who represents New York's 14th District also universalized the need to treat all people with dignity and respect, noting that Yoho's behavior gave "permission to other men to do that to his daughters."

"I'm here to say that is not acceptable," she said.

Ocasio-Cortez was unimpressed by Yoho's so-called apology on the House floor the day before, in which he insisted he did not use the sexist slur (despite a reporter witnessing it) and said, "I cannot apologize for my passion or for loving my God, my family and my country."

Instead, the congresswoman gave what sounded like a pretty good description of what goes on in the Sacrament of Reconciliation: "When a decent man messes up, as we all are bound to do, he tries his best and does apologize. Not to save face, not to win a vote, he apologizes genuinely to repair and acknowledge the harm done so that we can all move on."

Perhaps such Catholic references are not surprising, since the rock-star millennial leader of the left grew up Catholic and even wrote about how her faith influences her views on public policies such as mass incarceration, for a Catholic magazine.

But there is another Catholic character in this drama: Republican Rep. Yoho, who describes himself as "pro-life" and has received an "A" rating from the anti-abortion Susan B. Anthony List, which notes that he "has voted consistently to protect the lives of the unborn" and "defended the Trump administration's pro-life regulatory efforts from pro-abortion attacks to prohibit their implementation." He also has received an "A" rating from the National Rifle Association.

Yoho voted for Trump's tax cuts in 2017 and this year was one of four lawmakers to vote against a bill to make lynching a federal hate crime.

Ocasio-Cortez, as a member of the Democratic Socialists of America, promotes a much more progressive platform; her first piece of legislation was the Green New Deal, which addressed economic disparity and climate change.

Yoho, 65, will retire in January, after announcing he is not seeking a fifth term. Ocasio-Cortez is 30 ("two years younger than Mr. Yoho’s youngest daughter," she pointed out in her speech).

As a young Latina, Ocasio-Cortez represents the demographic future of the Catholic Church.

But — if there is to be a future for the Catholic Church in the United States — it must also resemble Ocasio-Cortez in her passion for justice and human dignity, and in her courage and integrity, even in the face of vulgar attacks.

Speaking of young people, it is that time of year when we sadly say goodbye to the Bertelsen editorial interns we have worked with for the past year at NCR. The duo leaving at the end of July were our first "virtual" interns — and that was before coronavirus! They have been of great assistance to us, while doing journalism any young professional could be proud of.

Sarah Salvadore, who reported from New Jersey, is a detailed, meticulous researcher, as evidenced by her in-depth look at the downsides of health care sharing ministries. She will be joining Patch Media as a field editor next month.

Washington, D.C.-based Jesse Remedios, who actually completed his yearlong internship in January and was subsequently promoted to staff writer for EarthBeat, has graced both publications with his multimedia skills, including this award-winning three-part "Trials of Nonviolence" podcast about the Kings Bay Plowshares. He will begin graduate studies in journalism at Boston University in September.

We also welcome two new interns this month — again virtually. Madeleine Davison grew up reading NCR thanks to her father's involvement in the Kansas City Catholic Worker. She graduated from Syracuse University, where she studied newspaper/online journalism and ran cross country. She is especially interested in data journalism and recently relocated from Pittsburgh to the Chicago area.

Lucy Grindon joins us from the Pacific time zone, reporting from the Los Angeles area. She graduated last year from Middlebury College in Vermont, where she majored in history and minored in Arabic. She also was an opinion editor of the campus newspaper and hosted a show on the campus radio station. Since the pandemic, she has worked for her parish, helping produce a podcast with weekly liturgy and parishioner interviews.*

*Editor's note: This story has been corrected to clarify Lucy's work with her parish and her role on the campus newspaper.

A version of this story appeared in the Aug 7-20, 2020 print issue under the headline: AOC is the future of the Catholic Church.