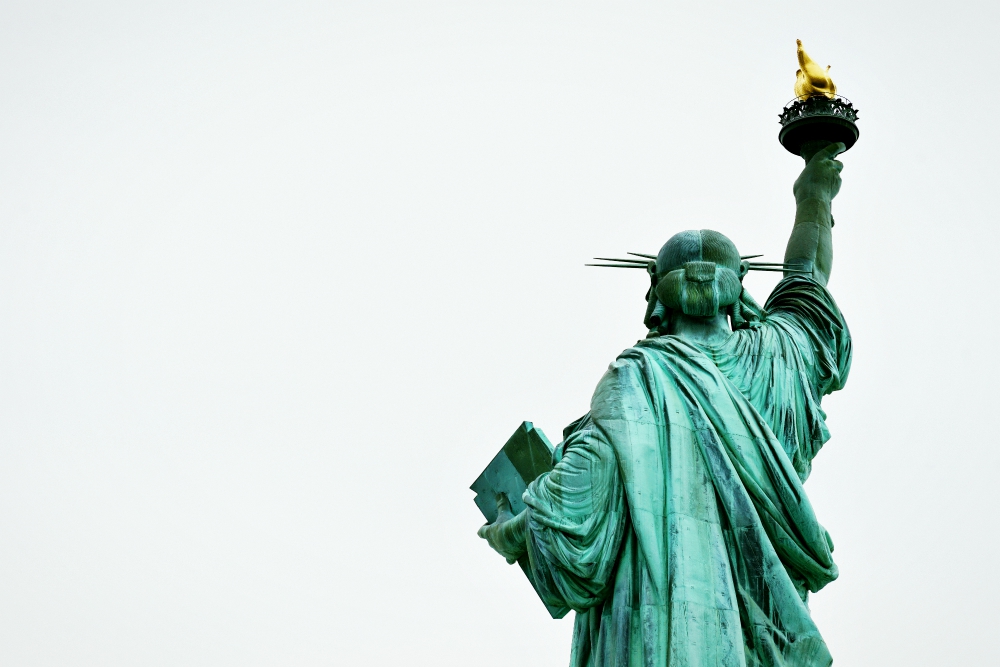 Just about everyone would recognize the title of this blog post as words from the poem displayed at the Statue of Liberty in New York Harbor. They speak eloquently of the ideals that are supposed to — and I emphasize supposed to — inspire this country and our immigration policies.

I have often thought that there is the essence of the Gospel in those words. Jesus welcomed the tired and the poor — as does Pope Francis today.

But now, it seems, President Donald Trump wants to change that basic legacy.

It's not that we can take everyone into our national bosom, but we have long welcomed a diversity of peoples with wide-ranging skills, often women and men fleeing oppression elsewhere. They are welcomed, not because of their education or finances, but because they seek what we regard as precious: freedom and opportunity.

That policy, I daresay, has been part of the genius of this country's development, even if it was not always recognized at the time. It widened our ethnic diversity way beyond the British and Scots as we accepted Irish, Italians, Germans, Poles and other immigrants.

Not all were warmly welcomed to be sure — just ask the Chinese. And of course, African-American slaves were not willing "immigrants." But the diversity of European immigrants in the late 19th and early 20th centuries enriched our culture and eventually built an industrial economy. And with the civil rights movement of the 20th century, we began a slow appreciation of our African-American heritage (that still has a long way to go). All of this has been enriching our culture for generations.

I write this with an immigrant family background myself from the 19th century. My father's great-grandparents came from Austria/Bavaria, and my mother's sailed over from County Mayo in Ireland. They did not come with professional degrees or salary offers. Like millions of others, they came with hope for a new life, seeking a freedom they did not enjoy in their home countries. And their work built this country into what it is today. Latin American and other immigrants come for many of the same reasons today.

Now, Trump wants to limit immigration through a "points" system. According to CNN's reporting, "The highest point-getting candidate ... not including special circumstances, would be a 26- to 31-year-old with a US-based doctorate or professional degree, who speaks nearly perfect English and who has a salary offer that's three times as high as the median income where they are.

"Have an Olympic medal or Nobel Prize? That will help too."

Sounds like he wants to rewrite the Statue of Liberty message to say, "Give me your well-educated, your wealthy — yearning for yet more money." But that's not what we are about. We surely don't need more Trumps!