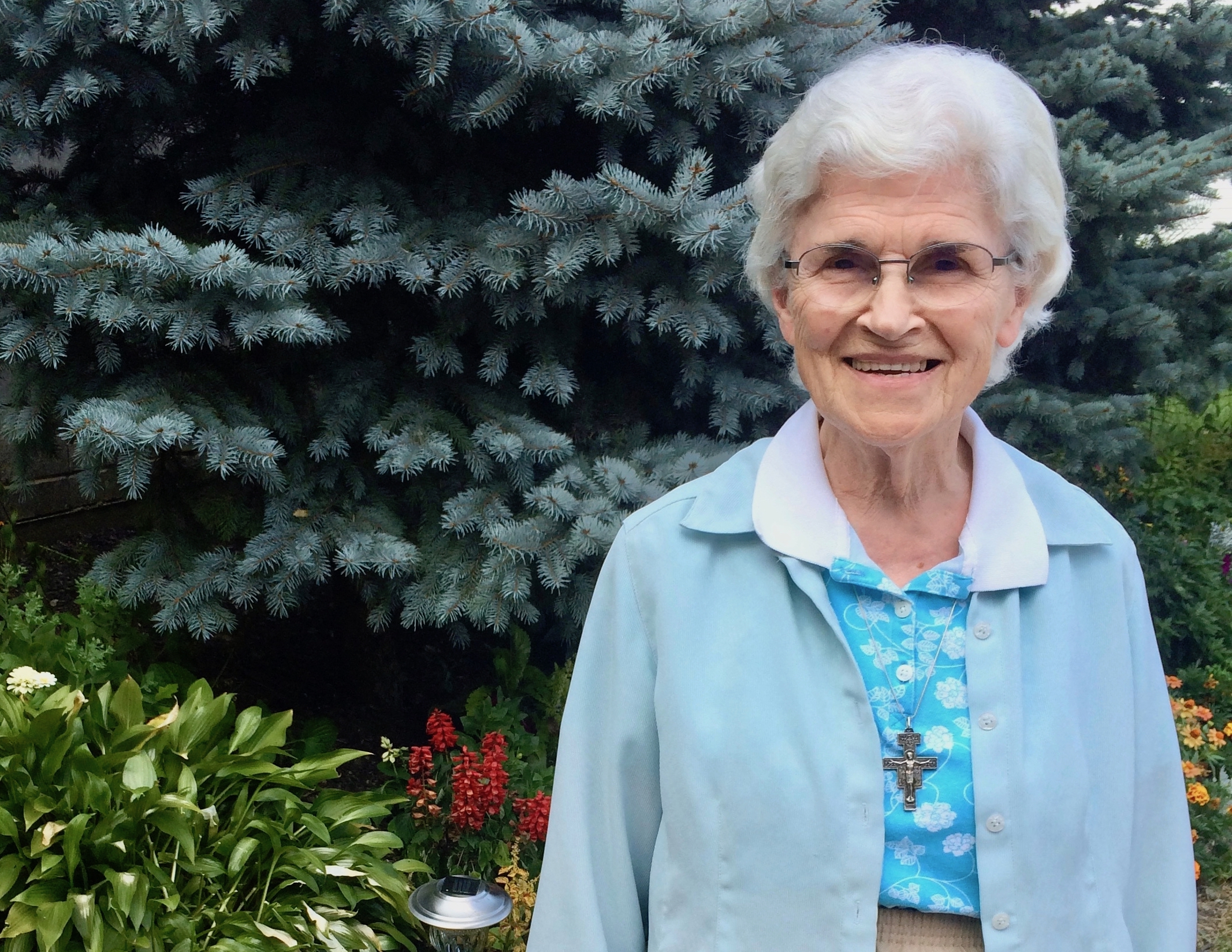 Sr. Francis Therese Woznicki, a Sister of St. Joseph of the Third Order of St. Francis, in her beloved garden. For decades, she accompanied hundreds of seekers to a deepened love of themselves—and of God. (Provided photo)

In my later life I have become passionate about celebrating the hidden stories of women leaders in Christianity. Today I want to tell of one such hidden woman, Sr. Francis Therese Woznicki, a Sister of St. Joseph of the Third Order of St. Francis.

For over 30 years, Fran was my spiritual director. Like all spiritual directors she discreetly and quietly touched the hidden wounds of the many souls who came to her. In the process we discovered God's healing and the great blessing — indeed the surprising power — of wounds so gently and graciously healed.

Fran was a genuinely holy woman — scary holy — and Clevelanders who knew her also knew of her special Spirit gift. On Sunday, Aug. 11* — the feast of St. Clare — she shocked everyone by unexpectedly going home to God. Or, as she once explained when asked what dying would be like — she "fell into God's arms."

When she failed to appear for planned events, one of her sisters went to her apartment to investigate. An avid gardener who walked to work on many days, Fran was found sitting in her prayer chair with a peaceful expression on her face, breviary and morning coffee at her side — and quite dead. No sign of struggle whatsoever.

The only advance warning her sisters had was that after a close friend died just two weeks earlier, the 86-years-young Frannie admitted to feeling envious.

For my part, I think Fran entered that deep contemplative space she had taught us about and then kept right on going into the heart of sacred mystery.

While bereft, I found myself unable to be sad. One cannot share one's soul with another for three decades without coming to know something about the other person's soul, too. Fran had hungered and thirsted for the fullness of God her whole life. How could I mourn? I could only celebrate that she had at last found that for which she longed. And she found it on the feast of St. Clare — the beloved founder of the Third Order Franciscans about whom she had written many times.

In her eulogy, Franciscan Sr. Jane Blabolil spoke for many when she said:

Anyone who has been to the holy ground of her small office at the Franciscan Center remembers the rocking chair of love that faced Frannie's own chair where God's love shown in her countenance. We know that she was able to be attentive to our souls because of her own unfailing attentiveness to the voice of God within her.

In 1968, Fran was appointed to a committee to prepare a spiritual document to serve as a resource for Franciscan renewal efforts. She was the principal writer of: Go to My Brethren, A Spiritual Document for Apostolic Communities of Franciscan Women which proved to be seminal to the development of Franciscan Third Order Rule eventually approved by Rome in 1982.

Fran was present at the solemn opening of the Second Vatican Council when she experienced a profound call to serve and assist in the renewal of the church. I believe she saw her patient spiritual accompaniment of me — as I endlessly agonized over the slowness of church reform — as one fulfillment of her call. 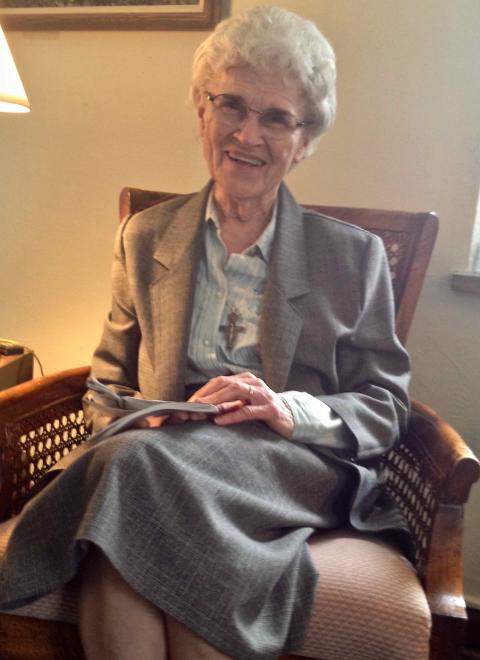 In fact, Fran was largely responsible for helping me discover my call to work at FutureChurch. Looking back, it is a pretty funny story.

I was at a crossroads after completing a master's degree in theology at Cleveland's diocesan seminary. A deep love for Scripture had led me to take courses part-time while working full-time as a nurse midwife to Cleveland's low-income families. When I graduated, I was undecided whether to pursue work as a pastoral minister in Cleveland or search out midwifery possibilities as part of the diocese's mission team in El Salvador. Ursuline Sr. Dorothy Kazel and lay minister Jean Donovan — both of the Cleveland mission team — had been martyred there on Dec. 2, 1980.

I faithfully brought my questions, wonderings and searchings to Fran. After several months, I told her I thought I would go to El Salvador. Fran became quietly thoughtful, and then gently said to me, "Chris, are you aware that you are more afraid of being a pastoral minister than you are of going to El Salvador?"

Gulp. She nailed it.

I still was not clear about my direction, but I was very clear that I would not choose one path out of fear of the alternative. In retrospect I understand now why the pastoral ministry option frightened me. I knew I could not work within the institutional church without also challenging its structural sexism. This was a very scary thought to my cradle Catholic soul.

But God is good, the Spirit knows what S/he is about, and in 1994, a way opened for me to become FutureChurch's founding director. As anticipated, the living out of this call was filled with suffering, but even more with grace. I would have never known the grace had not Fran helped me face the suffering.

I am one of many hundreds of people that Fran helped uncover their deepest Spirit-call.

As the Cleveland diocese agonized over financial scandals, clergy sex abuse and a decidedly cold-fish-bishop-from-Boston who closed over 50 parishes in economically poorer areas, Fran was one of the hidden anchors that kept the faithful of our diocese, well, faithful.

Doug shared that he loved to tease Fran about the church's backwardness when it came to women preaching:

"Fran, you know women are not allowed to preach in the Catholic Church. But what if I quote Mother Teresa, or read a homily written by Sr. Mary McGlone from NCR or Celebration, or God forbid, mention Joan Chittister from the pulpit. Is that the same as a woman preaching?"

Fran's reply is telling: "Oh Doug, our church is like a confused teenager. We have to walk with her and pray for her and love her and be there for her when she matures."

Thanks Fran. For loving our confused teenager church and for walking with us as we mature.

*This story has been corrected with the right date of Sr. Francis Therese Woznicki's death and the Feast of St. Clare.

A version of this story appeared in the Dec 13-26, 2019 print issue under the headline: When Fran saw us, she saw only God.