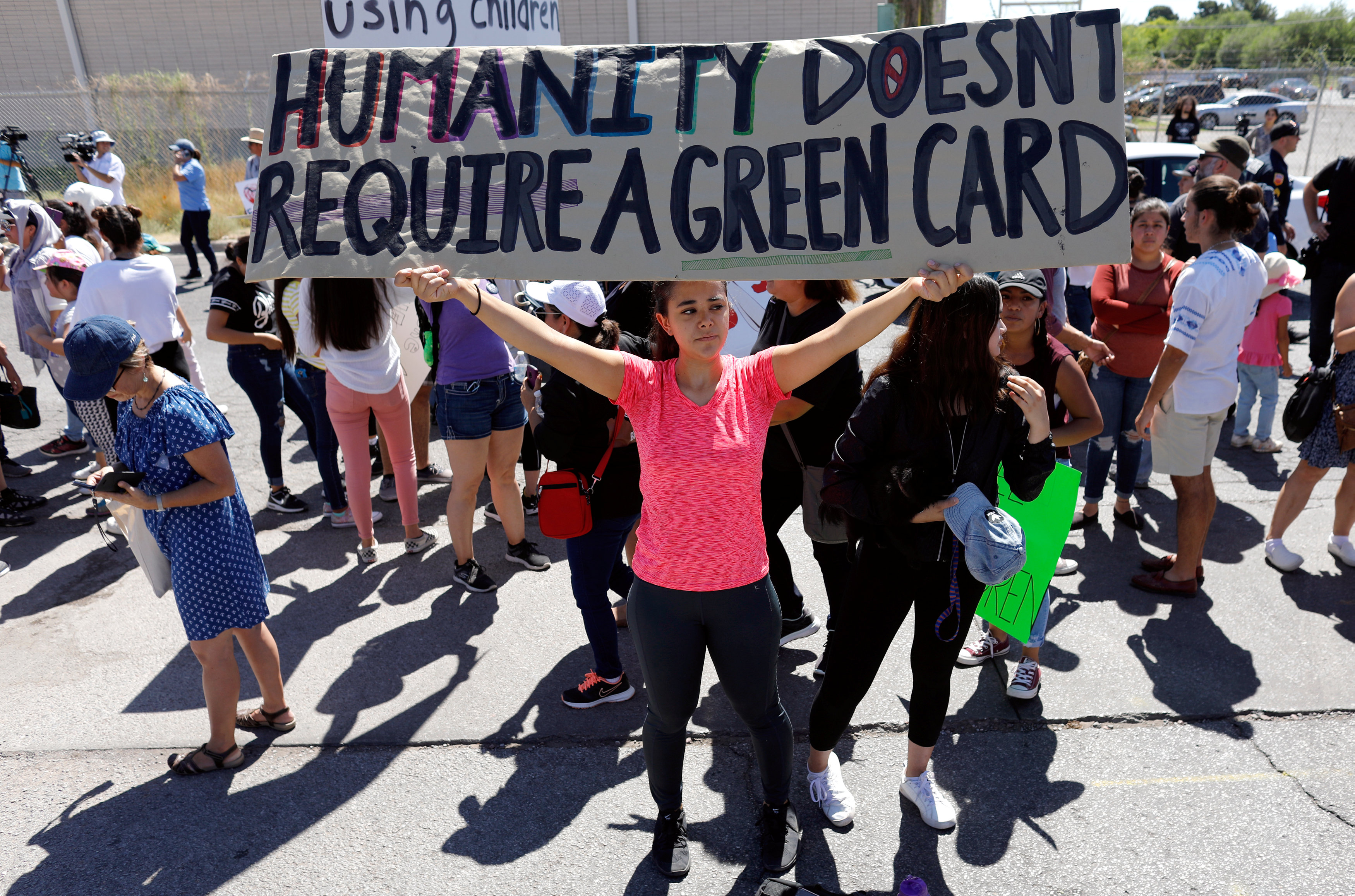 The present crisis at the U.S.-Mexico border highlights the inhumane and cruel anti-immigrant policies of our government. It also summons us to consider the fashioning of the future of American life. The very soul of our country is at stake, and the way we respond morally to the immigrant situation in our nation will determine its future. As the border goes, so does the nation.

Our border city of El Paso, Texas, has long been a testing ground for new tactics in the decades-long strategy to criminalize migrants and militarize the U.S. border with Mexico. In fact, the Hope Border Institute, a Catholic social justice organization, has documented the practice of separating children from parents in El Paso well before it was made official policy by Attorney General Jeff Sessions.

The city is accustomed to the behemoth network of immigration enforcement and detention that includes U.S. Immigration and Customs Enforcement, Customs and Border Protection, Border Patrol, Homeland Security Investigations, the Executive Office for Immigration Review (immigration court), multiple detention centers and a plethora of private contractors. This is and has been our daily reality for quite some time.

Jesus looks different from a border perspective. Daily living in solidarity with immigrant communities challenges racially motived assumptions about immigrants coming into our country. The sharing of their stories offers a corrective to negative, dehumanizing portrayals perpetuated about asylum seekers, Dreamers, and families escaping hunger, violence, poverty and death threats.

To be in solidarity with immigrant communities is to be in solidarity with Jesus who is present in the immigrant among us. Chapter 25 of the Gospel of Matthew reminds us of the obligation to see Jesus in the most vulnerable and respond accordingly. "I was a stranger and you welcomed me," confronts us with the stark reality of the plight of our immigrant brothers and sisters and the expectation of action.

El Paso oscillates between intense moments of hopeful resistance and long periods of dry weariness, but June 2018 was different. The events of late May and early June precipitated a statement from the Diocese of El Paso:

In recent weeks, our border communities have witnessed several actions that gravely trouble the Christian conscience. The bridges that unite us to our sister city of Ciudad Juárez have been converted into steel gates against families fleeing for their lives. We have heard the crying of children separated from mothers and fathers. Our Tornillo port of entry will soon be transformed into the likes of a child refugee camp. The blood of Claudia Patricia Gómez González continues to cry out to heaven and question us — why?

The news of the month's headlines was and is the stuff of daily life in our border city.

By the beginning of the month, the government had begun to regularly post agents in the middle of the international border crossings between El Paso and Ciudad Juárez, Mexico. The purpose was to profile Central Americans and prevent them from stepping into the United States to make legal asylum claims.

Ruben Garcia, director of Annunciation House, a local shelter for refuges and asylum seekers, began accompanying individual families over the bridge to shame agents into accepting them. The bridges that signaled our bi-national unity were being turned into obstacles, "steel gates" preventing access to security for "families fleeing for their lives."

In our parish each Sunday, we typically host at Mass twenty to thirty immigrant teenagers from local detention shelters. Our immigrant ministry offers these kids a place to gather after the liturgy to enjoy great food, stories and arts and crafts. One Sunday in June, instead of teens, we welcomed little children who had been separated from their parents. It was painful and heartbreaking to be in the company of children so young who did not know where their parents were.

As a community, we cried and prayed with a collective lump in our throats during our celebration of the Eucharist. Afterwards everyone in the parish wanted to take the children home with them. The presence of these most vulnerable youth gave a special meaning to our worship, calling us to take our anger and move beyond it in order to transform our solidarity into political action for the good of these children, their families and ultimately for our nation. We had heard the cries of the children separated from their families.

On Thursday, June 14, the Trump administration announced the opening of a tent complex in Tornillo, less than an hour east of El Paso. By the weekend, Tornillo was home to hundreds of immigrant children from Central America. The tent complex was built to house an influx of newly created "unaccompanied minors," engineered by an administration which had made the separation of families both a practice and policy at the borders. That Sunday, Father's Day, El Pasoans marched to the Tornillo camp in protest.

Two days later they mobilized again and marched on the Immigration Customs and Enforcement Processing Center demonstrating their outrage at the separation of families.

Later that week, mayors from across the country came to Tornillo to demand immediate reunification of separated families. By the end of the week, healthcare professionals had joined El Pasoans as had people of good will from places in Alaska, California, Rhode Island and even Canada. The world was taking notice of the cruel, manufactured humanitarian crisis at the border.

President Trump bowed to pressure and rescinded his policy of separating families. But he substituted one cruelty for another: Now the U.S. government will keep families together by incarcerating entire families. On June 30, El Pasoans marched once again, this time in solidarity with people in cities nationwide at Families Belong Together rallies. They marched to denounce the "zero tolerance" policy, to protest the cruelty of family detention and the announcement that thousands of immigrants would be detained within the confines of the local military base. They marched to the international bridges to reclaim them as common patrimony, as a symbol of the American Dream, as the modern day Ellis Island that they are.

There are moments when time seems to slow down and become concentrated, disclosing unseen truths. It remains to be seen whether border communities will maintain the intensity of the protests that have marked the month of June 2018, or whether national outrage will result in reunited families and in the enactment of humane and just immigration reform. In the recent whirlwind of activity, however, Americans across the country are discovering something El Pasoans have always known — immigrant children are our children! Our destinies are linked, and God can tear down borders faster than humans can build them.

[Monsignor Arturo J. Bañuelas is currently the pastor of St. Mark's Parish in the diocese of El Paso, Texas. A Latino theologian and founder and chair of the HOPE Border Institute, he is widely recognized and honored for his advocacy and work on issues of migration and justice at the border. This article was written in collaboration with Dylan Corbett, the founding director of the HOPE Border Institute.]