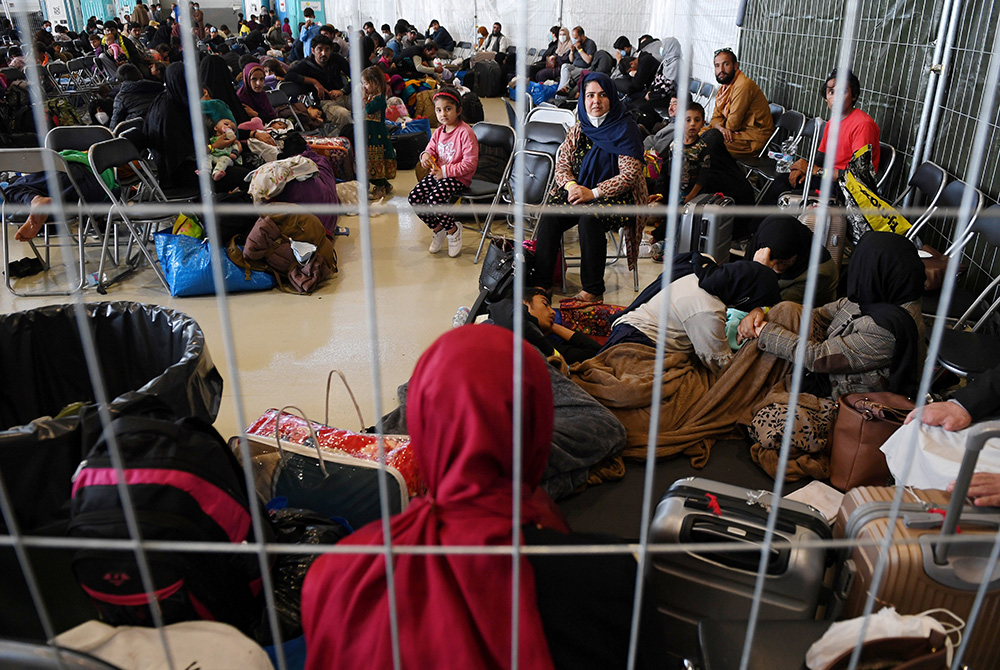 Afghan refugees are processed at Ramstein Air Base Sept. 8 in Germany. (CNS/Olivier Douliery, pool via Reuters)

It is difficult to estimate the total number of Afghan peoples airlifted by the U.S. last month before the withdrawal of troops in the longest war in our history. Conservative estimates hold that number at about 80,000. But this does not include the thousands who fled toward Afghanistan's borders with Pakistan and other neighboring nations leading up to and since the takeover by the Taliban. In all, over 5 million Afghans find themselves displaced in some form due to the violence of the last 20 years.

Over 300,000 Afghan nationals assisted the United States and other coalition nations during the war. About 75,000 had already been resettled in the years before the end of the war. Military personnel, lawmakers and President Joe Biden speak about the need to offer welcome and resettlement opportunities in the U.S. to the majority of these Afghan nationals who were essential to the war effort and the safety of U.S. troops. Homeland Security Secretary Alejandro Mayorkas said, "We have a moral imperative to protect them, to support those who have supported this nation." Former President George W. Bush insisted that the U.S. has "the responsibility and the resources to secure safe passage for them now without bureaucratic delay."

Looking out for the short- and long-term well-being of Afghan refugees, helping to prevent humanitarian disasters in that country and playing a diplomatic role in its stabilization into the future are key features of jus post bellum or criteria for justice after war. There is clearly a sense of responsibility for the well-being of those whose lives are drastically impacted because of their assistance or relationship with the U.S. military in Afghanistan.

But perhaps the question ought to be whether the relationship of responsibility is one drawn from our military footprint rather than from their assistance or cooperation with our military. Both questions include consideration of the extent to which our nation's military interventions can impact the lives of people in other countries for generations. But when we ask questions related to justice after war in situations where we have extended our military footprint (such as training local military, delivering weapons as "aid" packages or protecting private U.S. corporate interests abroad) we begin to notice that we are, in fact, indebted to a much broader impacted population than only those who directly cooperated with our military efforts.

Sociologist Saskia Sassen explains that the global movement of peoples — whether displaced because of violence, climate crises, famine or to improve the economic outcomes of a family — follows patterns and flows that were established generations earlier via economic, political and military relationships of dominance.

Indeed, the notion that our nation has a responsibility to refugees flowing from countries where we have considerable military footprints can shed light on the flow of migrants from Central America and the Caribbean, Southeast Asia and the Korean peninsula into the U.S. Our military footprint has made "neighbors" (in Pope Francis' sense of the word) of many who now find themselves at our borders.

A complicated nomenclature of categories for people on the move ("displaced persons," "migrants," "refugees" and "asylum-seekers," and, in the case of Afghan nationals, those seeking special immigrant visas) has established different policy approaches and official channels for those seeking entry into the U.S. The result is the categorization of some as undocumented immigrants, while others are considered protected refugees, even though both groups are escaping similar conditions of military and gang violence, political persecution and instability, gender and sexual violence, and economic ruin.

Are these systems and rules able to justly and fairly consider the role that the U.S.' military footprint plays in driving the flows of peoples?

As we commemorate the 20th anniversary of the 9/11 attacks, an act of horrific violence that triggered the longest war in U.S. history, we would do well to examine how our country's participation in relationships of military dominance entangles our lives with that of others in lands across the hemisphere and globe.

As we ponder our responsibilities in the aftermath of our nation's longest war and struggle with the cries and pleas emanating from our southern border, it is time to address jus post bellum, justice after our military entanglements and their impact on migrations.

I agree wholeheartedly that we owe welcome and stabilization to countless Afghan families who sacrificed much in the last 20 years for the safety of our military personnel and for the dream of a different, more peaceful Afghanistan. But I also firmly believe that migrants from other countries, where we have had a direct, and even negative, impact due to our military footprint, are equally deserving of our welcome and assistance.

Over 100 years of Catholic social teaching on the rights of migrants and refugees has taught me that there is little difference between the Afghan translator now awaiting resettlement in a U.S. air base, and the 13-year-old Salvadoran boy sent by his parents on a perilous trek on foot because of threats to his life after already having lost siblings, relatives and friends to violence.

Through his actions and words, Pope Francis continuously reminds us "It is not just about migrants: it is about our humanity. … Compassion strikes the most sensitive chords of our humanity, releasing a vibrant urge to 'be a neighbor' to all those whom we see in difficulty."

In varying ways since 1914, the church celebrates what is now known as the World Day of Migrants and Refugees. This year, commemorated on Sept. 26, Francis calls us "towards an ever wider 'we.' "

As we ponder our responsibilities in the aftermath of our nation's longest war and struggle with the cries and pleas emanating from our southern border, it is time to address jus post bellum, justice after our military entanglements and their impact on migrations. 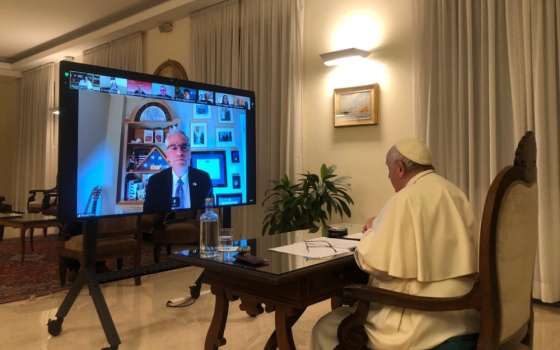 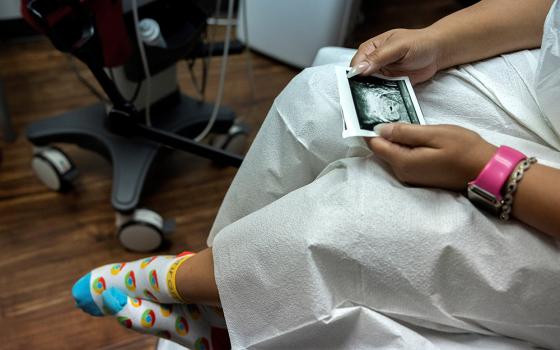 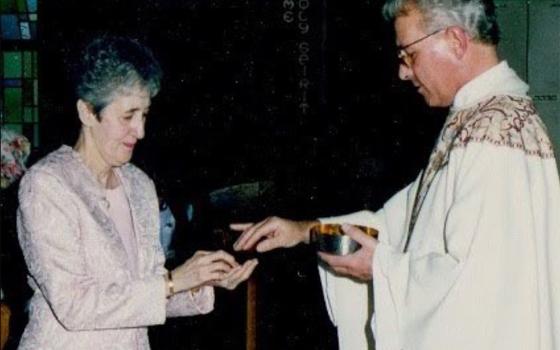 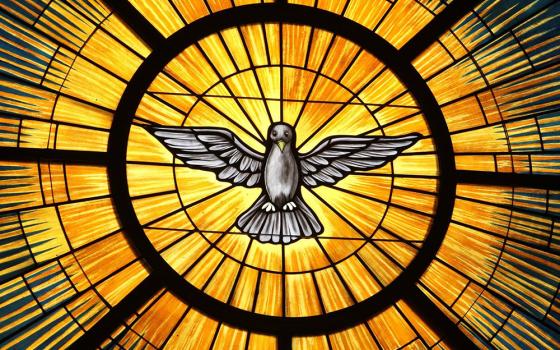