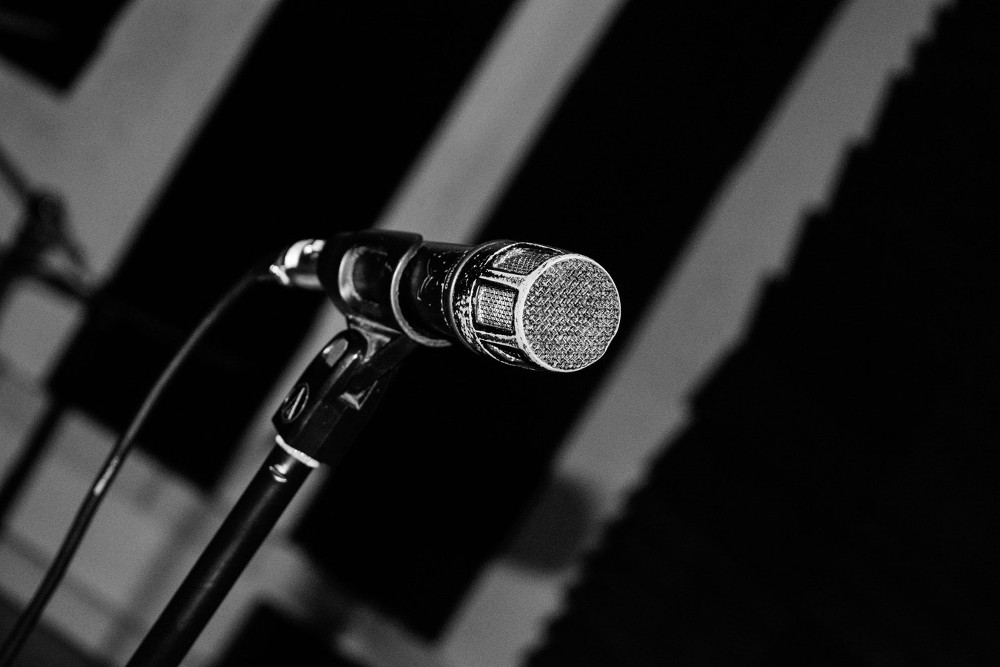 I nearly skipped the liturgy. I almost didn't head out into the cold night.

After two full and exhausting days at the Festival of Faith and Writing in Grand Rapids, Michigan, I wasn't sure if I had any energy to interact with another person, especially any of my literary heroes.

Yet, I made my way through the slushy streets and into a dimly lit restaurant, with a copy of Presence clenched under my stiff arm. I found a seat, snug between strangers, tucked tight into rows of chairs facing a simple microphone and small table.

Others stood on the edges of the room, sipping wine and eating hors d'oeuvres. I looked around the space, and felt too shy to offer my customary grins and waves to any face I recognized, because my body was tight with the feeling that I didn't belong, that I was far from where I had any business being.

Then the poetry began. I heard about the harlot in the Book of Revelation and an asteroid that nearly crashed into earth.

Each poem was about the universal and mysterious, for a poem about a fig is not really about a fig, but the power of potential. A poem about the pain of infertility is a poem about everyone's inability to conceive of what they dream. Poems about insomnia are an invitation for us all to stay awake to the troubling truth.

I closed my eyes and listened, breathed deeply, absorbing beauty. I leaned into the community that was quickly forming around the poets' words. I marveled at the spontaneous murmurs arising from the crowd like "Amens."

The last poet to read was a prophet. It would have been no surprise to me if his name had been Jeremiah or Isaiah, but it was Dave.

Before he began his poem he said, "It was just announced on Twitter that we just bombed Syria, 20 minutes ago. During this conference there has been a lot of talk about three words: 'current political climate.' ... Let's say what it really is: fascism."

Then he read his poem. The mood in the room darkened to match the night, and like a perfect benediction, we were invited to lament, to act for peace.

After the poem was over, people slowly got up from their chairs, turned to one another with hands outreached for handshakes and hugs. Cordial introductions and conversations about how to support one another became the new words moving through the room, connecting us.

I noticed a woman near me standing very still, her face solemn in the midst of the crowd. I said hello and asked her if she was OK. She started to cry, softly, telling me she was thinking of the people in Syria, that she was concerned about the refugees; she was worried about the war.

All I could do was empathize, embrace her. I had never spoken with her before in my life, yet we were united by our humanity, by the common experience of being broken and needing to tell the truth.

A few days after bemoaning the horror of war with my new friend at the poetry event, I drove for hours through the gray aftermath of an April snowstorm. As I did, I listened to Krista Tippett interview the poet Michael Longley for an "On Being" episode called "The Vitality of Ordinary Things."

When Tippett asked Longley what poetry does, he pointed away from solace to catharsis, to its social impacts: "Good art, good poems is making people more human, making them more intelligent, making them more sensitive and emotionally pure than they might be otherwise."

At that poetry reading in Michigan, I found friends. I became more human, like I hope to do every time I pray with any community. Most people that were at the poetry reading probably had no idea that I was a Franciscan sister, and for those that did, it didn't matter.

Most of the poets who read were well practiced and accomplished. Others, like myself, were just trying, beginning. But that didn't matter either. Mutuality was established in our common vulnerability, in the openness to receive the creative works of others.

Pondering the wisdom of Longley and my experience of liturgy at the poetry reading, I have found myself chewing on a list of questions, scribbling a draft of another type of poem:

Could offering spaces for
creative communion be
the work of Church today?
Aren't we called to help build
unity, to uplift prophets,
to celebrate the Creator?
Could it be a critical call,
a way that we must help mend
the canyons carved into democracy,
civility? Could offering sanctuary
to artists be the bricks of God's reign —
the mortar of peace and justice?

[Julia Walsh is a Franciscan Sister of Perpetual Adoration, a retreat presenter and a blogger who can be found online at MessyJesusBusiness.com.]

A version of this story appeared in the May 18-31, 2018 print issue under the headline: Call for creative communion .