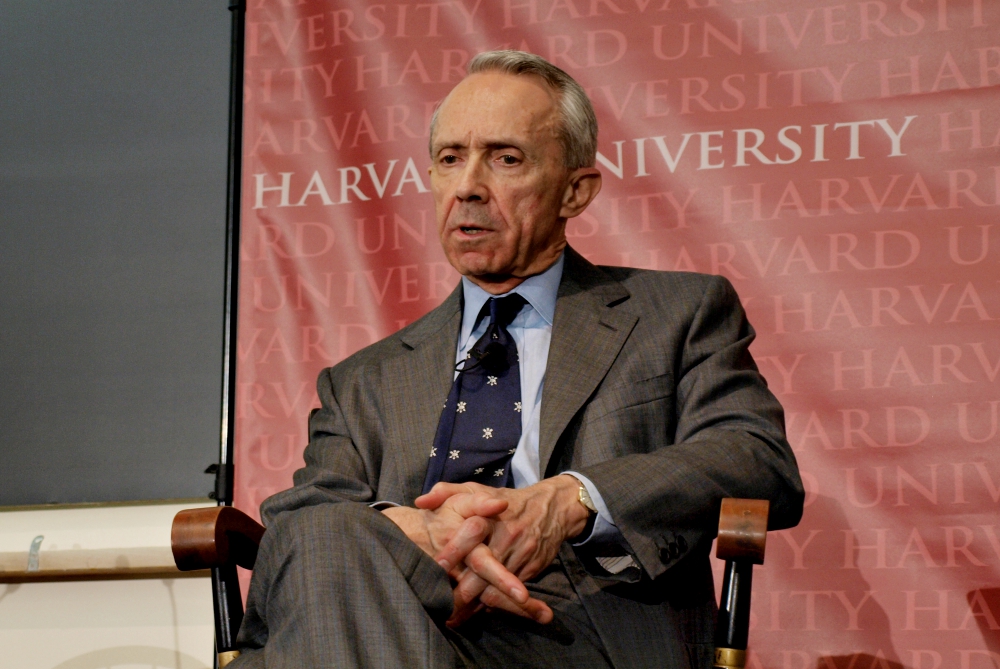 The nomination of Judge Brett Kavanaugh to the Supreme Court has naturally raised a flurry of debate, not least of which surrounds the perceived politicization of our nation's highest court. Despite the justices' best efforts, the Supreme Court seems to have become another sign of the deep divisions in our body politic.

Even though a 2012 Stanford Law Review article found that justices decided less than 7 percent of cases along the party lines of the presidents who appointed them, just 37 percent of Americans voiced "more than some confidence in the Supreme Court," while they indicated that "politics played 'too great a role' in the recent health care cases by a greater than two-to-one margin."

Given all that has happened since this study — Justice Antonin Scalia's passing, Republicans' refusal to hold hearings for Judge Merrick Garland, and Justice Neil Gorsuch's nomination and confirmation — our trust in the court can only have further deteriorated.

If Americans view the Supreme Court as another political branch, it is understandable that they will rally around nominees and justices as though they are candidates for political office. People on the right, for example, often speak with a reverent, Reagan-esque tone about Scalia, the chief proponent of "originalism," or an interpretation of the Constitution based on its authors' original meaning

Those on the left, meanwhile, celebrate Justice Ruth Bader Ginsburg, or — as the shirts bearing her likeness call her — the Notorious RBG, and her perspective that the Constitution is a living document that must be read through the eyes of the current moment.

As laudable as both Scalia and Ginsburg surely are, I am most drawn to a justice who, on the surface, was far less noteworthy than those two, or Anthony Kennedy, John Roberts or Sandra Day O'Connor: David Souter.

When Souter's name comes up, it is usually as a cautionary tale for what happens when justices are not sufficiently vetted. Expected to be a reliable conservative after being nominated by President George H.W. Bush in 1990, he adopted an independent streak, leading Republicans to adopt the mantra "No More Souters!" whenever it came time to pick a new justice.

"He has turned out to be a radical liberal who has done great damage to this country," lamented Focus on the Family founder James Dobson, while Jeb Bush described his father's choice as "unfortunate."

Part of my fascination with Souter stems from his quirkiness. He famously eschewed cellphones and computers, preferring to write drafts of his legal opinions by hand, and supposedly ate an apple and cup of yogurt for lunch every day without fail.

I also admire his humility and detachment from the most prestigious job one can achieve in his profession. For the duration of his 19 years on the court, during recesses he returned to the colonial New Hampshire farmhouse in which he was raised. He allegedly hated Washington so much (he told friends he had "the world's best job in the world's worst city") that he never unpacked his belongings in the D.C. apartment he stayed in when the court was in session. While his confirmation granted him a lifetime appointment, he retired in 2009 when he was only 69, relatively young, considering Kennedy is 81 and Ginsburg is 85.

"The comparable figure that comes to my mind is Cincinnatus, the Roman hero called to leadership who cast off his authority and returned home to his farm as soon as the crisis was past," wrote Kermit Roosevelt, President Theodore Roosevelt's great-great-grandson who clerked for the justice. "Souter did not seek out his position, nor, it now seems clear, did he value it for its own sake. He did not go to the court to effect change; instead he did us a great service by resisting it."

Souter offered his country another service in a 2010 commencement address he gave at Harvard University, his alma mater. Surely aware of the gulf between Americans' opinions on many of the issues that come before the court, Souter waded into the question of how best to read the Constitution: whether we should attempt to adopt James Madison and his colleagues' mindset or examine the meaning of their words in our present context. Souter's answer was closer to the latter but with far more nuance.

Justice David Souter delivers the commencement speech at Harvard University on May 27, 2010.

He acknowledged the "fair-reading model," or the idea that "deciding constitutional cases should be a straightforward exercise of reading fairly and viewing facts objectively." But, he continued, "for the cases that tend to raise the national blood pressure, the fair-reading model has only a very tenuous connection to reality."

One reason for this, he argued, is that "the Constitution contains values that may very well exist in tension with each other, not in harmony." The Constitution, he explained, "grants and guarantees many good things."

"A choice may have to be made," he continued, "not because language is vague, but because the Constitution embodies the desire of the American people, like most people, to have things both ways. We want order and security, and we also want liberty. And we want not only liberty but equality as well. These pairs of desires of ours can clash, and when they do, a court is forced to choose between them, between one constitutional good thing and another one."

Souter talked about the necessity of judges being able to determine the present meaning of constitutional realities, "to think from a point of view that is different from their own."

Writer Dahlia Lithwick said that line sounded "suspiciously like 'empathy.' " To me, however, Souter's description of judging sounds like Ignatian discernment.

St. Ignatius of Loyola offered rules for the discernment of spirits to help guide people in making decisions that lead them to consolation rather than desolation. But while Ignatian spirituality helps us to make better choices, it does not dictate what we should choose, beyond advising that we go with whatever "better leads to God's deepening life in me."

Like Souter's weighing of multiple constitutional goods, we are sometimes forced to choose between two fine choices or two less-than-ideal options. How, for example, do we balance justice with mercy? A Bible verse written thousands of years ago may seem clear on a question like this, but that does not mean life as we know it is. Through no fault of our own, we might find the demands of our faith at odds with each other.

A common criticism of Pope Francis is that his teaching lacks clarity. A Jesuit trained in Ignatian spirituality himself, Francis' response seems to be an emphasis on the importance of discernment. "We run the risk of getting used to 'white or black,' to that which is legal," he once said, warning against "a rigidity that is far from a discernment of situations."

Souter is sympathetic to this desire for clarity: "Behind most dreams of a simpler Constitution there lies a basic human hunger for the certainty and control that the fair-reading model seems to promise," he said. "And who has not felt that same hunger? Is there any one of us who has not lived through moments, or years, of longing for a world without ambiguity, and for the stability of something unchangeable in human institutions? I don't forget my own longings for certainty, which heartily resisted the pronouncement of Justice [Oliver Wendell] Holmes, that certainty generally is illusion, and repose is not our destiny."

So, where does that leave us? With a relativistic Constitution and spiritual life that accept no true absolutes? With hard choices that leave us few options beyond imperfect compromise?

For Souter, the answer is something like faith amid the confusion: "It is still possible to live fully in the trust that a way will be found leading through the uncertain future. ... If we cannot share every intellectual assumption that formed the minds of those who framed the charter, we can still address the constitutional uncertainties the way they must have envisioned, by relying on reason, by respecting all the words the framers wrote, by facing facts, and by seeking to understand their meaning for living people."

So it can be for us. Troubled as we may be to live in a world that does not always present us with obvious paths, the trust Souter espoused and the faith Francis preaches indicate how we can develop a mature spirituality governed not by a mere following of rules but rather by prayer, reflection, and a belief that if we really listen and seek the good as we stumble through the change and chaos of our lives, God will answer and point our way forward.