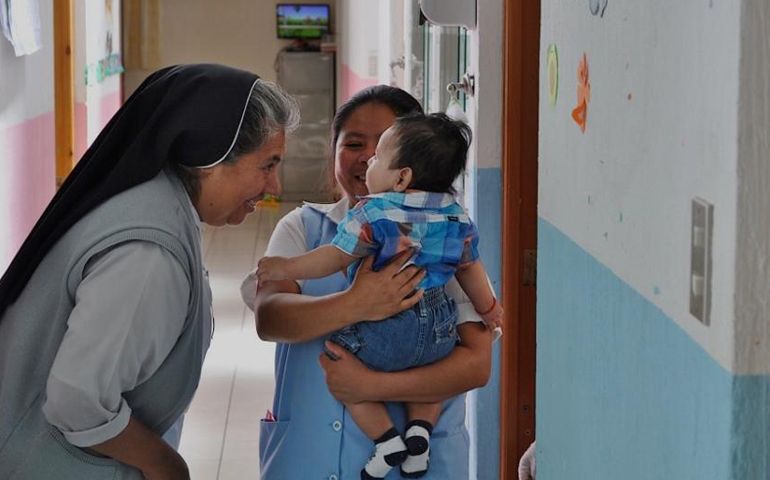 Although hundreds of miles separate them, two sisters in the neighboring Central American countries of Guatemala and Honduras see the same kinds of children.

The boys and girls they watch create their own chaos on bustling playgrounds, dodging behind poles in a tactics-driven game of hide-and-seek. Other children sit at tables in palely lit classrooms sharing homework with one another as they wait for class to begin. Still others stand in line for their daily dose of HIV antibiotics.

These children live in orphanages for boys and girls born HIV positive. They are among the 3,000 HIV-positive children age 14 and younger in the two countries, according to UNAID.

Some of the orphans lost their parents to AIDS, or their families abandoned them. In other instances, the courts removed children from homes so dysfunctional that parents lacked the discipline to give their children the HIV antibiotics they needed to survive.

Unwanted, parentless or removed from their homes, the children forge new families in the two orphanages where the sisters work. For most of their young lives, the children have relied on the care of nuns who never had children of their own but who raise these boys and girls with love, worry and pride.