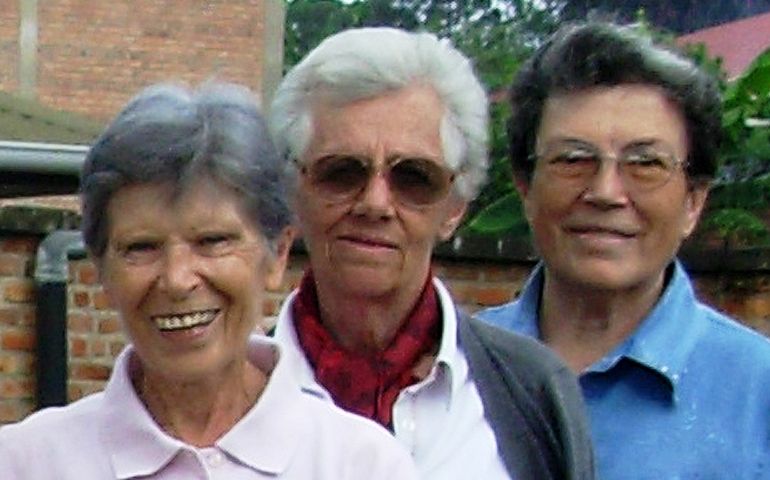 Editor's note: The brutal murder of three Xaverian sisters almost two years ago in the tiny central African country of Burundi was shocking even in an area known for violence. A belief that the violent demise of dedicated nuns deserved investigation compelled writer Claire Schaeffer-Duffy to spend hours reviewing documents, interviewing sources and later traveling to Burundi. What she found was a crime still cloaked in mystery and intrigue -- yet she also discovered a missionary order's inspiring commitment to a region and its people.

The murders were exceptionally brazen. Xaverian Srs. Olga Raschietti, 83, and Lucia Pulici, 74, were killed on a Sunday afternoon inside their modest convent within a walled and guarded missionary compound in Kamenge, a bustling, impoverished district of Burundi's beleaguered capital, Bujumbura. The assailants, dressed in choir robes to deflect suspicion, had slipped into the compound hours earlier and hid, then slit the nuns' throats and bashed their heads with a stone.

Sr. Bernardetta Boggian and Fr. Mario Pulcini, regional superior of the Xaverian Fathers, found the bodies that evening, September 7, 2014. If a protocol exists for such a horror, the distraught missionaries followed it, calling the police, notifying the motherhouse in Italy, and communicating with officials who quickly came to the scene of the crime. Pulcini then urged the other sisters, who numbered five that night, not to sleep in their convent; but the women thought such caution excessive given the abundance of police on patrol outside the compound.