Online spirituality, available via your fingertips 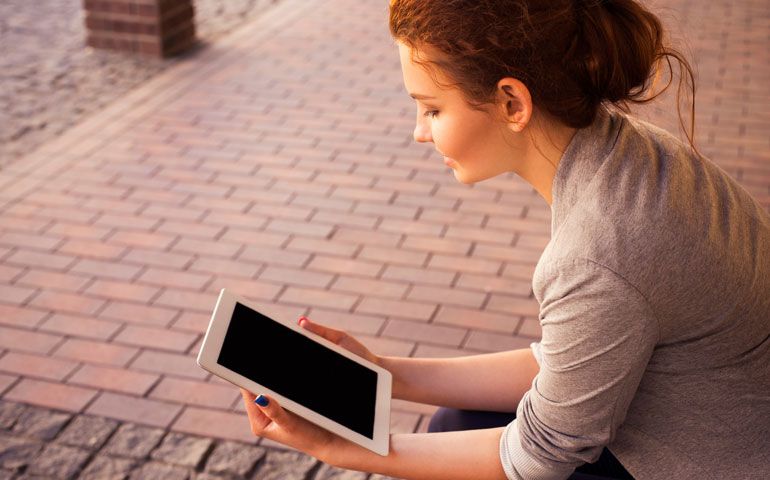 The internet is increasingly becoming the go-to source for spirituality resources. Here is a small selection of resources available to young adults and the young-at-heart who are looking to expand their spiritual life.

Schmitz hosts weekly short theological videos geared toward the social media savvy masses about "faith, pop culture and headline reflections," according to Schmitz's YouTube page. Schmitz has plenty of experience talking to young adults as the director of the Office of Youth Ministry for the Duluth, Minn., diocese, as well as a chaplain for the Newman Catholic Campus ministries at the University of Minnesota Duluth.

The videos can be viewed on YouTube and the Ascension Presents website. Most of the videos are under 10 minutes and focus on a single topic each week. Some of his past topics include: "Can I go to confession over the telephone?", "Will I ever find the 'one'?" and "Captain America: Superheroes Analyzed." Oftentimes he takes topics that seemingly look unrelated to Catholicism and uses them as tools to talk about apologetics and Scripture.

Blessed is She is an online community run by women, for women. The website offers a variety of features including a blog, workshops and an online store. However, the biggest draw to the site is daily devotions, which people can subscribe to for free via email. The daily devotions include the readings for the day, a short personal reflection and a beautiful (tweetable) graphic.

According to the website, the goal of the Blessed is She community is to provide support and connection through their daily emails, website and local Facebook groups. The group has recently started meeting offline as well.

RELEVANT magazine is a denominationally non-affiliated Christian magazine specifically targeting 20- to 30-year-olds, a fact immediately evident by the sleekness of its website. Story topics tend to focus on the intersection of faith and culture and covering things that are not only happening in Christian news, but also are stories young adults are likely see on their Twitter feed.

While the magazine and its iPad edition require a subscription, there is plenty of free content on the website. There is a heavy emphasis on covering the music scene, allowing you to listen to full albums by Christian artists. They also have a podcast series that has interviewed big names such as Lupita Nyong'o, Tim Tebow, and Jon Foreman, front man of the band Switchfoot.

The Pope App is a free app designed for Pope Francis enthusiasts. The app, which is available for both iPhone and Android users, is run by the Pontifical Council for Social Communications. It serves as a one-stop shop for all things related to the pope, including Francis' Twitter feed, full texts of his homilies and speeches, and a calendar of his upcoming events.

Not only can users live stream papal events but also they can also view the webcams in St. Peter's Square, Castel Gandolfo and Pope John Paul II's tomb.

A Christmas prayer for natural disaster victims and clean-up crews