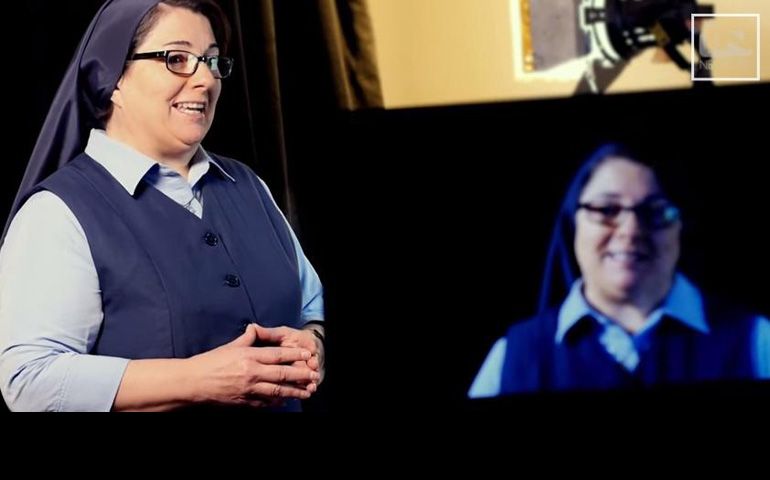 Screenshot of Sr. Rose Pacatte on her show, "The INNdustry with Sr. Rose," on the IN Network. (TheINnetwork.org, via YouTube)

Watching the parade of stars and agents and handlers pass her by, she wondered if anyone would stop and talk to her.

"Who expects to see a nun there?" she figured.

When Paula Newsome, one of the movie's stars, walked past, she assessed Pacatte in her blue Daughters of St. Paul habit and asked: "Are you really a nun?"

The ice finally broken, Pacatte interviewed Newsome, Costner and their co-star Octavia Spencer for her TV series, "The INNdustry with Sister Rose," from the sidelines of the red carpet.

On Saturday, Pacatte takes center stage at an even bigger Hollywood event -- the annual Golden Raspberry awards, better known as The Razzies.