Women priests act on a deep call to a different ministry 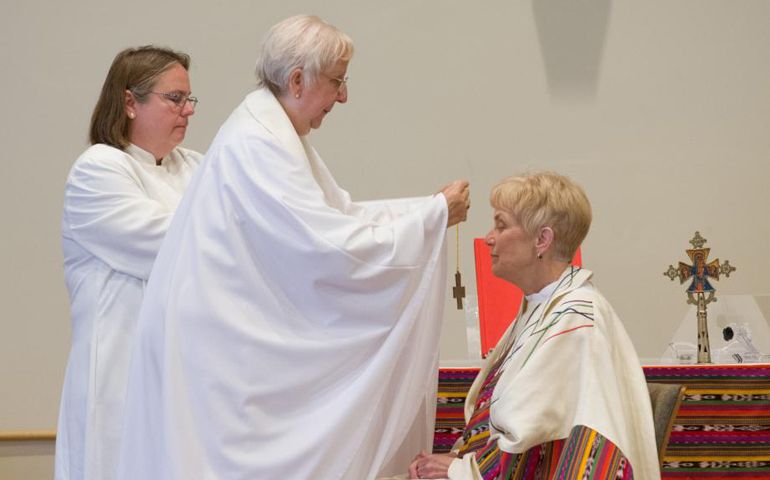 If there's one thing Mary Bergan Blanchard wants to make clear, it's this: She is definitely not a radical.

The thing is, most people would probably consider the 82-year-old Albuquerque, N.M., retiree to be rather radical. Take, for example, the fact that in the 1970s, when a federal mandate to desegregate the city's public schools set Boston ablaze with racial violence, Blanchard moved there from New York specifically to teach in the public school system. Or consider that in May, the former Sister of Mercy was ordained by the Association of Roman Catholic Women Priests in direct opposition to Catholic canon law, which forbids the ordination of women.

But if you think any of that is radical, Blanchard says you would be wrong. She moved to Boston because she was deeply disturbed by the country's racial issues; she was a teacher and she wanted to do something about it. Practical. She became a woman priest because women are underrepresented in the world's religions and, because she was recently retired, she was looking for a new calling. Also practical.

| Women priests act on a deep call to a different ministry