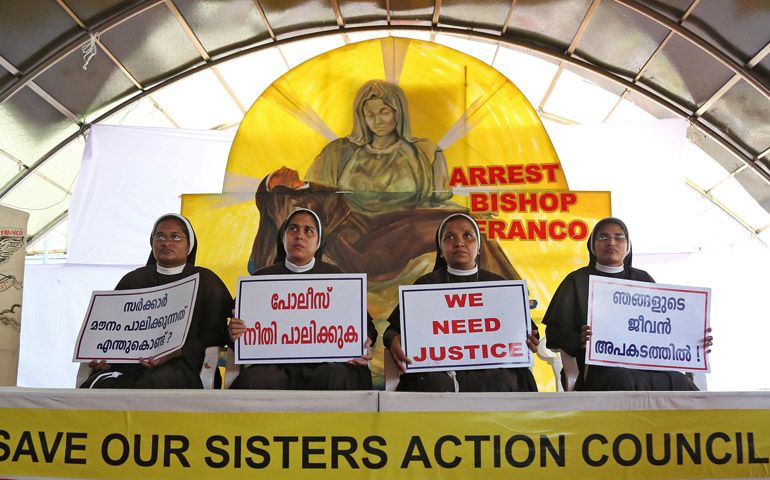 Nuns hold placards during a protest demanding justice in Kochi, in the southern state of Kerala, India, Sept. 13, 2018, after an alleged sexual assault of a nun by Jalandhar Bishop Franco Mulakkal (Newscom/Reuters/Sivaram V)

Galvanized by the #MeToo movement and the sex abuse crisis commanding the attention of the Vatican, women religious are now openly discussing a subject that was once taboo — sexual harassment, abuse and rape of sisters by clergy — in congregational motherhouses and national conference offices.

Slowly, an era is ending in which Catholic women religious were silent victims of sexual abuse by priests and bishops. Consider these developments in the past year:

In more than a dozen interviews for this article, some patterns across countries and continents emerged how to help prevent abuse and support victims if it does occur.