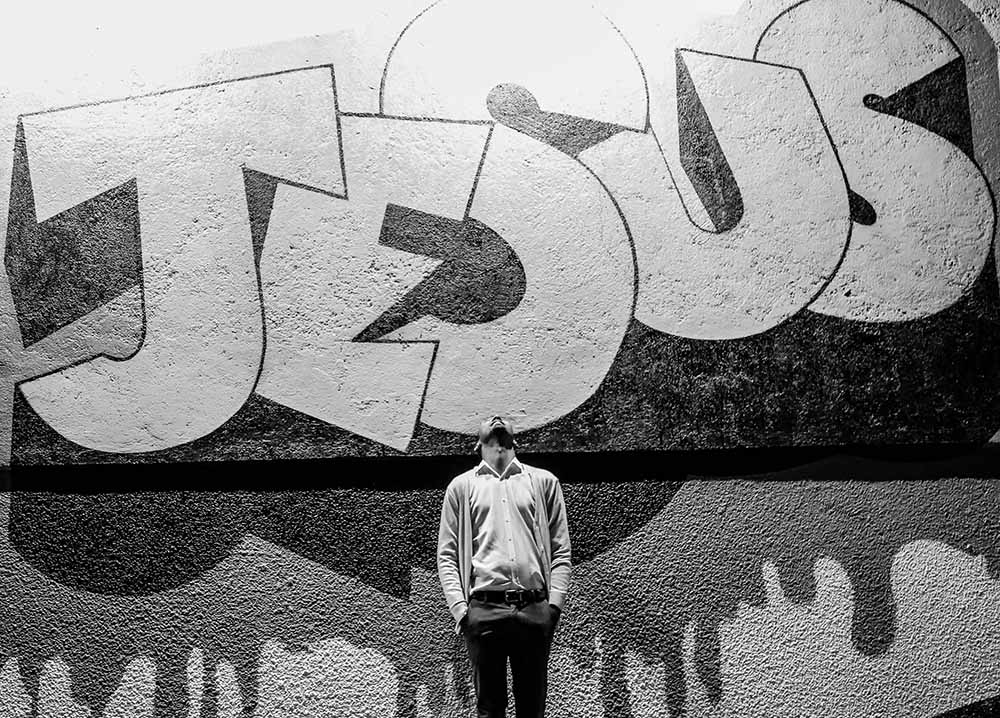 According to Luke, Jesus transformed the disciples' frightened depression into the possibility of hope by opening their minds to understand the Scriptures, not from their perspective, but from his. (Unsplash/Gift Habeshaw)

What really happened? How often do we ask that question? Where do we look for reliable answers?

Think about two people who were involved in an argument, three who witnessed an assault, or some who watched a child excitedly open a gift. We interpret everything from a limited point of view because unless we are seeing something like candlelight in a dark room, the ability to focus on one thing depends on ignoring the majority of what could be seen. Of course, our focus is also oriented by emotions, values, expectations, and our memory selects according to what we think resulted from what we witnessed.

This Sunday's Gospel gives us Luke's version of the story John told us last week, and he gives it his own twists and context. We seemingly start in the same room with the gathered disciples, but this time they are talking about the report that Jesus had appeared to Simon. Then the two disciples who had recognized Jesus at the table in Emmaus add their testimony. By now the disciples have heard the women announce that Jesus was raised, they heard that Simon had seen him, and these last two reported that they had broken bread with him.

While the disciples were questioning what was happening, they suddenly perceived Jesus among them. In spite of his greeting of peace, they presumed they were seeing a ghost.

That moved them from thinking of phantoms to being incredulous and amazed. Although they were still far from genuine belief, Luke shows us that their faith in tragedy and hopelessness was beginning to crumble.

According to Luke, Jesus transformed the disciples' frightened depression into the possibility of hope by opening their minds to understand the Scriptures, not from their perspective, but from his. Just as he had done with the Emmaus travelers, Jesus transformed their understanding, and they began to reinterpret not only their faith, but their entire way of living.

Reinterpretation is the task of every age. While Scripture consistently offers us transformation, each time and culture tend to make God in its image. We understand God through our lenses rather than through God's self-revelation. That leads us to distortions of our Scriptures and our social life.

Today's reading from 1 John is particularly susceptible to being misinterpreted. John tells us, "We have an advocate with the Father. … He is expiation for our sins." This has most often been explained by portraying Christ as our relentless defense lawyer and the savior who pacifies God's justifiable wrath by paying the price of human sin.

That point of view springs from and reinforces the insistence that crime deserves punishment and that people must pay for their sins. Such thinking supports everything from fines for traffic violations to mandatory sentencing norms and capital punishment.

Theologically, this thinking supports the idea that Jesus paid God off for human sin, so we are saved.

The trouble with that theory is that it is, at best, political or social, not theological. It flows from a theory of retributive justice and recompense for the offended. Applied to God, it demotes our divine lover to the level of a rule-bound authoritarian. Under that lens, this Scripture promulgates idolatry, portraying God in conformity with narrow, even petty, human norms.

Instead of allowing juridical theory to guide our theology, we would do better to think about God in light of what we know from Jesus. Then, we begin with an image of the Father who longs to draw humanity into the realm of pure love.

Interpreted in this light, we would understand 1 John to explain: "Jesus is the advocate God sends to sinners. He pleads with us on behalf of God who has limitless love and desire to be with us — and not only us, but the whole world."

This interpretation harmonizes with Peter's homily quoted in today's selection from Acts. Peter talks about who God is and what God does, as well as what the people themselves have done. His conclusion is essentially the same as we hear from 1 John: God, who knows you acted in ignorance, has taken the worst that could happen, transforming it into an offer of salvation. Peter invited his audience to metanoia, that transformation of mindset that leads to a new approach to life.

What happened in Jesus' resurrection is a matter of fact; its meaning and effects depend on interpretation. Moving through life, we can cling to our own points of view, or, like the disciples, we can allow ourselves to be confused enough for Jesus to open our minds to understand in new ways. Where might we expect to find the most reliable answers?

A version of this story appeared in the April 2-15, 2021 print issue under the headline: The task of reinterpretation.