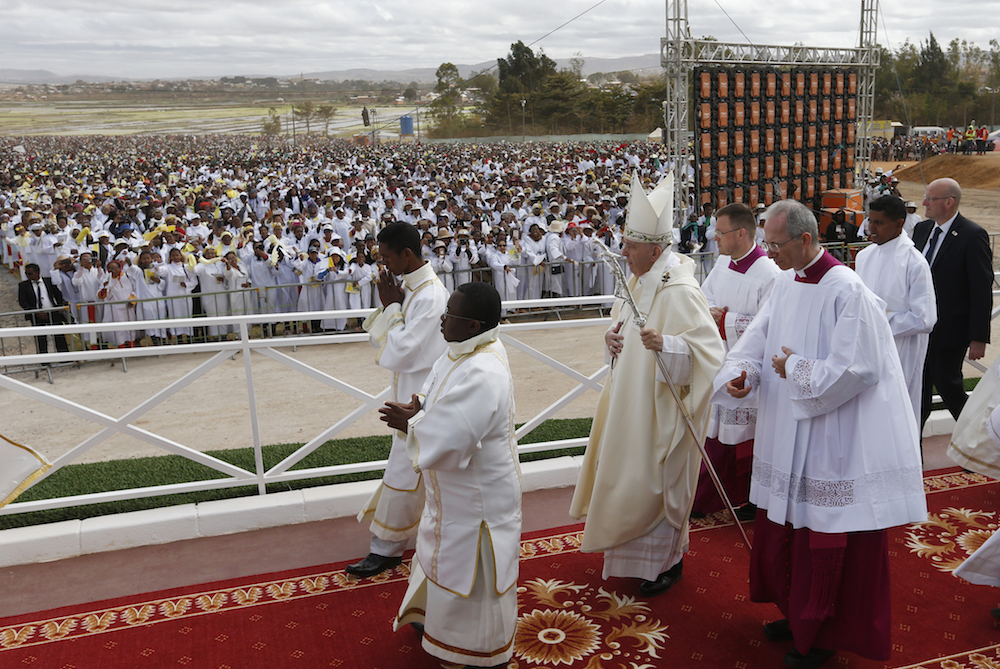 Visiting a vast stone quarry worked by some of the poorest people in Madagascar, one of the poorest countries in the world, Pope Francis prayed Sept. 8 that laborers would experience consolation and strength, and encourage one another to "keep alive their hope for a better world."

Concluding a two-day visit to this island nation, where 75% of the population of 23.6 million lives on less that $1.90 a day, the pontiff urged workers not to see their poverty as inescapable but to support each other in solidarity.

The pope also celebrated Mass with an estimated million people, about two-thirds of Antananarivo's total population, who were gathered on a red dirt field surrounded by rice paddies under cotton-gray skies in 20 mile-per-hour winds.

The centerpiece of Francis' last day in Madagascar, which the pontiff is visiting as part of a three-nation tour of Southern Africa, was a trip to a development project on the edge of a former garbage dump, where many of the quarry workers live.

Before heading to the quarry site to say a special prayer for laborers, the pope met with thousands of elementary- and middle-school-aged children and their parents who live in the development, named Akamasoa and run by an Argentinian Vincentian priest who studied theology in the 1960s with then-Mr. Jorge Bergoglio.

Addressing the crowd, sitting in a semi-open auditorium with concrete benches and steel-slat roofing, Francis praised the effort of the development dwellers in building themselves homes, saying their labor is "a song of hope that refutes and silences any suggestion that some things are ‘inevitable.' "

"Let us say it forcefully: Poverty is not inevitable!" exhorted the pontiff, asking those in the development to "never stop fighting the disastrous effects of poverty [and] never yield to the temptation of settling for an easy life or withdrawing into yourselves."

In his own address, Fr. Pedro Opeka, whose Akamasoa organization has built homes for about 25,000 people and about 100 schools, told Francis that his group had shown "that poverty is not a kind of destiny, but was created by a lack of social sensibility of political leaders that have forgotten and turned their backs on the people who elected them."

The atmosphere inside the auditorium before the pope's address was extremely festive. The children, sitting to shoulder to shoulder on the benches, sang loudly to prepared music and waved multi-colored flags in the air.

About 500 girls sat on the floor of the venue, wearing gowns in colors of pink, white, blue, yellow and orange.

Nasmine Razanamandimby, age 22, said the pope's visit meant a lot to her and her family.

"The message of the pope will encourage us, will push us to go ahead," said Razanamandimby, a nurse who grew up at Akamasoa and lives here with her mother, three sisters and one brother. "This year we are celebrating the 30th anniversary of Akamasoa. The pope's visit will push us ahead." 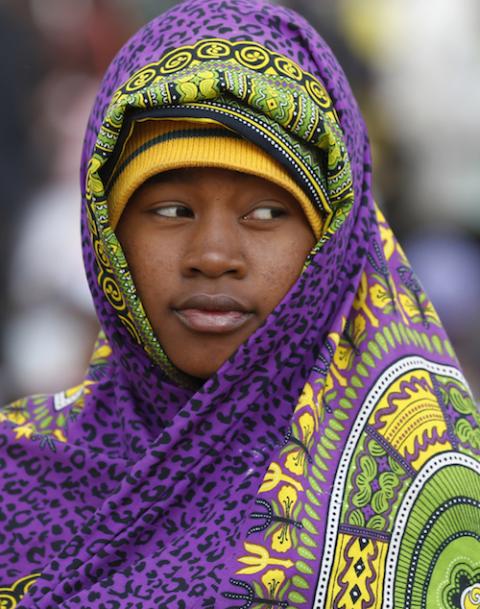 A young woman waits for the start of Mass celebrated by Pope Francis at the Soamandrakizay diocesan field in Antananarivo, Madagascar, Sept. 8. (CNS/Paul Haring)

Ravo Razafindrabe, a midwife who volunteered at the Akamasoa clinic during her training, praised Opeka's vision for the community.

"Poverty is a constant here, so Pere Pedro takes people from the streets and they work to have a house," said Razafindrabe. "It means people in the streets today can have a house tomorrow. It shows Christ's love in a perfect way."

Ascending a hill from the development to the nearby quarry, Francis offered his prayer for the some 700 workers who labor there, asking that God would "soothe their wearied frames, that they may tenderly caress their children and join in their games."

The pontiff also asked that the laborers would create "a spirit of authentic solidarity" among themselves, "to support those in difficulty and to lift up those who have fallen."

Francis has focused on the needs of those in poverty throughout his Southern Africa trip, which began Sept. 4 in Mozambique. On his first day in Madagascar Sept. 7, the pontiff urged the country's leaders to balance efforts for economic development with protection of the island's ecosystem, one of the most unique in the world.

Later in the day Sept. 8, Francis is to meet with Madagascan priests and religious at a local high school.

The pontiff is to travel Sept. 9 to Mauritius, about 700 miles east in the Indian Ocean, before heading back to Rome Sept. 10.

Vatican News video on YouTube with Fr. Pedro Opeka, speaking (in Spanish) about the Akamasoa organization
This story appears in the Francis in Africa 2019 feature series. View the full series.
A version of this story appeared in the Sept 20-Oct 3, 2019 print issue under the headline: 'Poverty is not inevitable!'. 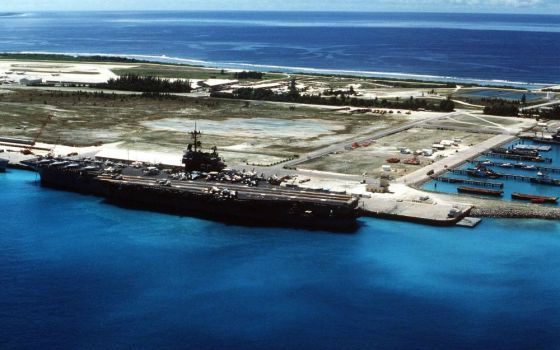 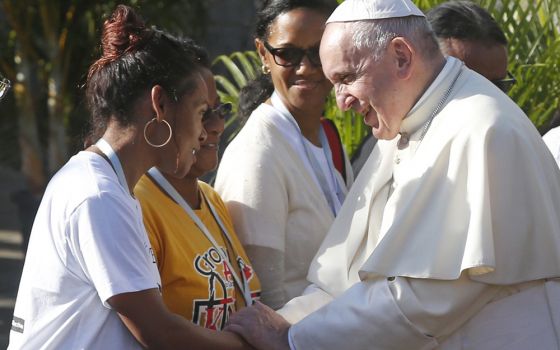 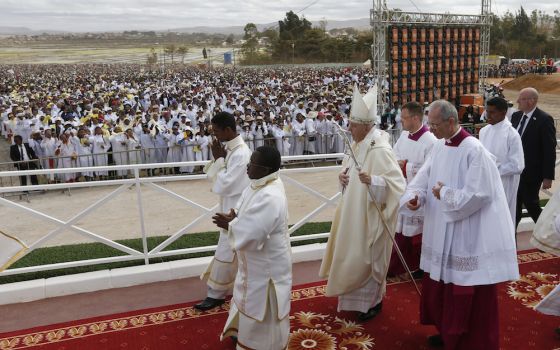