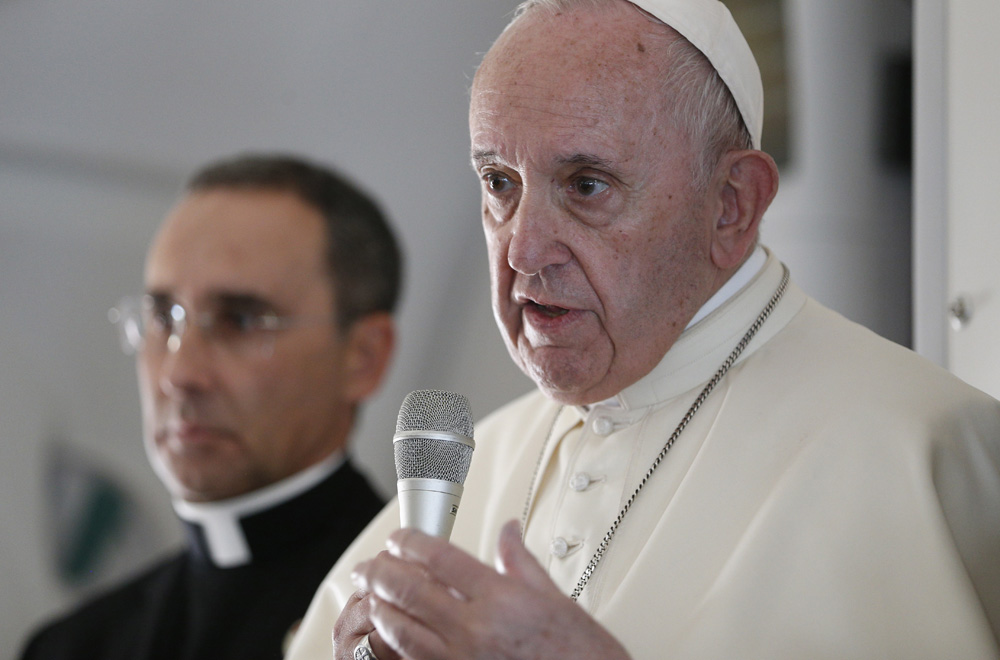 Pope Francis has expressed openness to the Vatican stepping in to mediate in Venezuela, where the head of the country's national assembly has declared himself interim president after months of unrest over Nicolas Maduro's continuing leadership.

In a press conference aboard the papal flight back to Rome after a two-day visit to the United Arab Emirates, the pope said the Vatican is "always available" to assist diplomatically but that such negotiations require both sides to request help.

Responding to a question about reports that Maduro had in recent days sent some sort of letter to the Vatican, the pope confirmed a letter had been received but said he had not yet been able to read it.

"I will see what can be done, but the initial condition is that it is both sides that ask for it," Francis said about the possibility of Vatican mediation.

Francis spoke about Venezuela in a half-hour press conference in which he also admitted that the Vatican must do more to prevent the physical and sexual abuse of nuns and sisters by Catholic priests.

Maduro was sworn in for a second term last month, after an election boycotted by opposition politicians over allegations of vote rigging. Assembly president Juan Guaidó, who is backed by the U.S. and most European countries, claims that the unfairness of the election had led to a vacancy in the presidency.

Francis said diplomatic negotiations take place in "small steps" and the last is mediation. He compared it to marriage counseling, in which both sides must agree that they desire help.

"Always both sides," he said. "This is the secret."

Francis was also asked in the press conference about what discussions he had with United Arab Emirates leaders over their country's involvement in the conflict in Yemen, where they are taking part in a Saudi-led coalition the United Nations has said may have committed war crimes.

The pope gave few details about his private discussions, but said he spoke on the topic with "a few people" in the country.

"I will say that I found good will towards having processes of peace," he said. "This is what I found."

Francis defied expectations of regional experts who thought he would shy away from the subject of Yemen while in the country and directly referred to the conflict in a speech to an interreligious conference Feb. 4.

He spoke at that conference alongside Sheikh Ahmed el-Tayeb, the grand imam of Egypt's al-Azhar, considered the highest theological and instructional institution of Sunni Islam.

At the end of their respective speeches, Francis and el-Tayeb signed a five-page document committing themselves to working to support efforts that encourage human fraternity.

During the press conference, the pope was asked how he would respond to some Catholics who allege that he lets himself by "manipulated" by Muslims.

"Not only by Muslims!" he joked. "They accuse me of being manipulated by everyone, including journalists!"

"The document was made in the spirit of Vatican II," said the pope, explaining that before deciding to sign it he had consulted with several theologians.

"If anyone feels bad, I understand," he said. "It is not an everyday thing. But it is not a step back. It is a step ahead that comes from 50 years ago."

Francis noted that historians often say that it takes the church about a century to fully implement the decisions of a church council.

"This is something that requires attention, even from me," he said, adding that there had been a phrase in the document that he had questioned. "It was a phrase from the council!" he exclaimed.

This story appears in the Francis in United Arab Emirates feature series. View the full series.
A version of this story appeared in the Feb 22-March 7, 2019 print issue under the headline: Francis expresses openness to Vatican mediation in Venezuela. 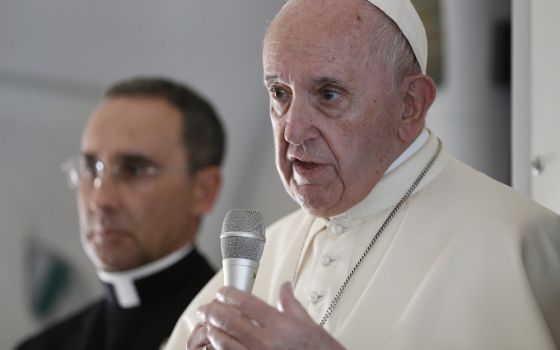 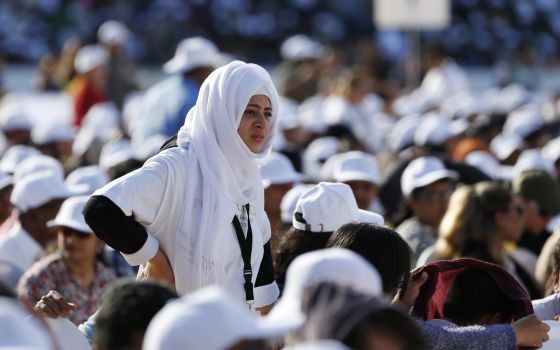 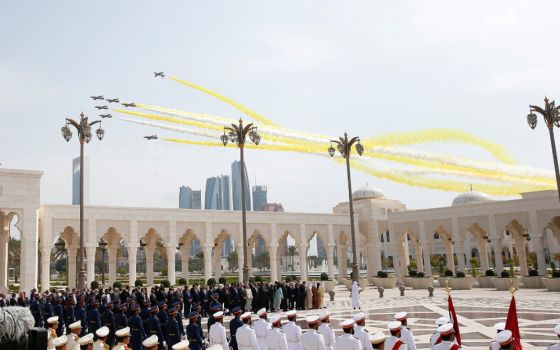 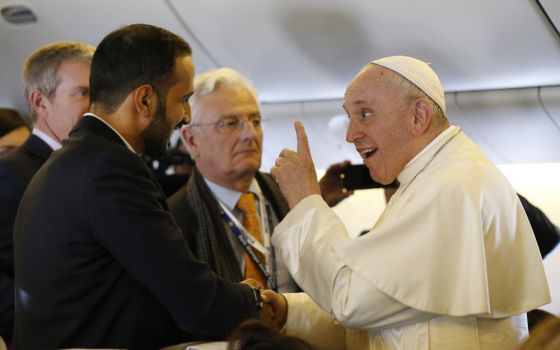