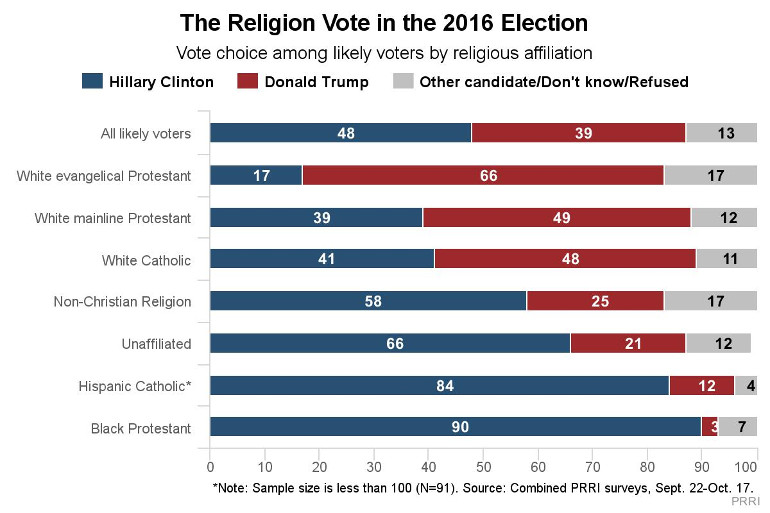 Only 38 percent of white Catholic women support Donald Trump for president, according to a poll released by Public Religion Research Institute. Almost half (49 percent) are supporting Hillary Clinton. This compares to 60 percent of white Evangelical women who support Trump.

White Catholic men still give a majority of their vote to Trump (58 percent) but to a lesser extent than white Evangelical men (71 percent).

White Catholics voted heavily for Mitt Romney four years ago and it is hard to see how Trump could win the presidency without their strong support.

As I explained two weeks ago in my column, “This election, white Catholics are riding a political rollercoaster,” support for Trump has been going up and down among white Catholics. I recently received October numbers on white Catholic voters from Langer Research Associates and have an updated chart from Catholic Democrats below.

The Oct. 13 results show 52 percent of registered white Catholics voting for Donald Trump and 43 percent voting for Hillary Clinton. As can be seen in the chart, white Catholic support for Trump has jumped around for the last eight months peaking at 64 percent in May and dropping to a low of 45 percent in August.

Whatever happens, the white Catholic vote has proven to be one that has been most in play during this election. Where they finally land could determine the election.