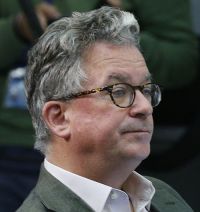 Austen Ivereigh is a British Catholic journalist. He has written two biographies of Pope Francis, The Great Reformer and Wounded Shepherd, and collaborated with the pontiff on the 2020 volume Let Is Dream: The Path to a Better Future.

Pope Francis' new constitution for the Roman Curia, Praedicate Evangelium, is a reform aimed at nothing less than a conversion of the way power is exercised in and from Rome, and by extension in the global Catholic Church.

Priests and laypeople in Osorno are angry and bewildered at the way their local church has been steamrollered and their appeals ignored.

Analysis: The cardinals didn't just elect the man but a program, one that found expression in the document produced by the Latin American bishops in Aparecida, Brazil, in May 2007.