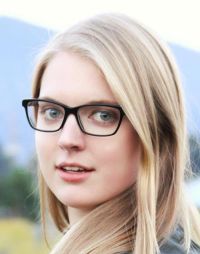 Jennifer Vosters is a writer and theater artist from southeastern Wisconsin.

For the Catholic viewer, the dire warnings of "Arcane" against complacency and cruelty echo Jesus' own admonitions to "Stay awake!" Because, as in our world, we can never know when it will be too late to do the right thing.

A Christmas Carol is a mirror of our world: choked by disease, inequity and poverty, with the gap between the wealthy and the poor seemingly insurmountable. Until, by the grace of grace, it’s not. Until a heart of stone is broken open.

New novel asks: What if next pandemic kills off male species?

Book review: Some women lose everything from the Great Male Plague; others gain power, prestige, freedom and fortune. Some can barely cope with their spouses' deaths; others relish their new autonomy. Some even manage to find love.

South Korea's first space blockbuster strikes a chord for the Catholic viewer in its stark portrayal of a world where the privileged few determine that the majority of humanity — and the entire planet along with it — is disposable.