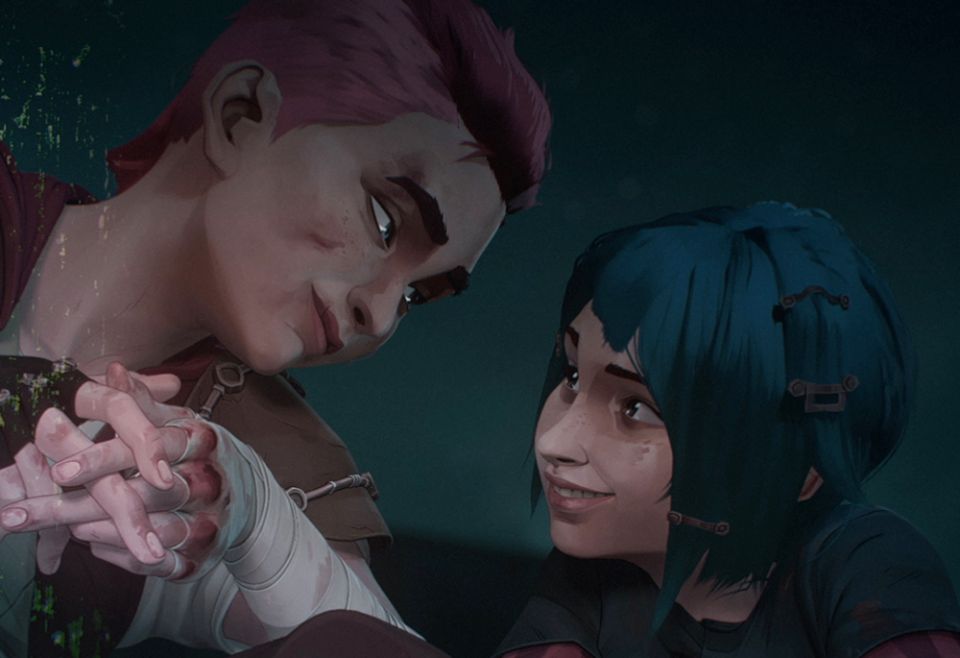 Hailee Steinfeld as Vi, Ella Purnell as Jinx in "Arcane" (Courtesy of Netflix © 2021)

More than a decade after "League of Legends" first stormed the internet (a long time ago, in video game years), the fictional universe it generated has made the leap to Netflix. With its spectacular animation and strong vocal performances, the critically acclaimed original series "Arcane" — like its video game predecessor — has already become a modern classic. In suitable video game fashion, "Arcane" spins a grimly artistic, shockingly violent tale of two cities and of two sisters caught in an intensifying crossfire of corruption, complicity and consequences.

It is a parable, player-versus-player-style. And for the Catholic viewer, the dire warnings of "Arcane" against complacency and cruelty echo Jesus' own admonitions to "Stay awake!" Because, as in our own world, we can never know when it will be too late to do the right thing. 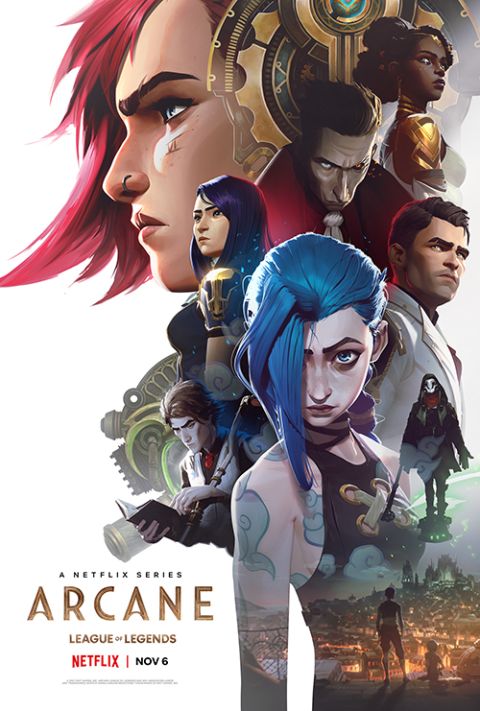 "Arcane" spans many years and many plotlines, but the heart of the action centers on sisters Vi and Powder in the oppressed and under-resourced city of Zaun. Left orphaned after Zaun's failed revolt against Piltover, its rich and powerful neighbor, the girls survive by stealing from wealthy Piltover houses, until Powder steals mysterious magic crystals that ultimately lead to a terrible accident.

The ensuing damage rips them apart: Vi (Hailee Steinfeld) winds up in prison, where she eventually strikes an uneasy alliance with a Piltover officer named Caitlyn (Katie Leung). Meanwhile, Powder (Mia Sinclair Jenness) is thrust into the fold of Zaun's leading crime lord Silco (Jason Spisak), who transforms her into Jinx (Ella Purnell), a talented and tormented killing machine.

Like the sisters themselves, the cities at the core of the drama — privileged Piltover and repressed Zaun — find themselves at increasingly irreconcilable sides of a war stoked not only by inequity and greed but also by Silco's drugs and those mysterious crystals, which we come to learn are at the root of two young scientists' quest to turn magic ("the arcane") into groundbreaking technology.

Dipping into classic "Jurassic Park" territory — "so preoccupied with whether or not they could, that they didn't stop to think if they should" — the marketability of magic becomes intertwined with familiar ethical dilemmas of risk vs. reward and people vs. profit. Especially when it becomes clear that what the scientists have created cannot be controlled, and if it were to fall into the wrong hands — say, Silco's, or even Jinx's — the damage to both cities could be incalculable. It's a race against time and against temptation as the cities brace for collision, and in a jaw-dropping season finale (no spoilers!), collision is literally at stake. 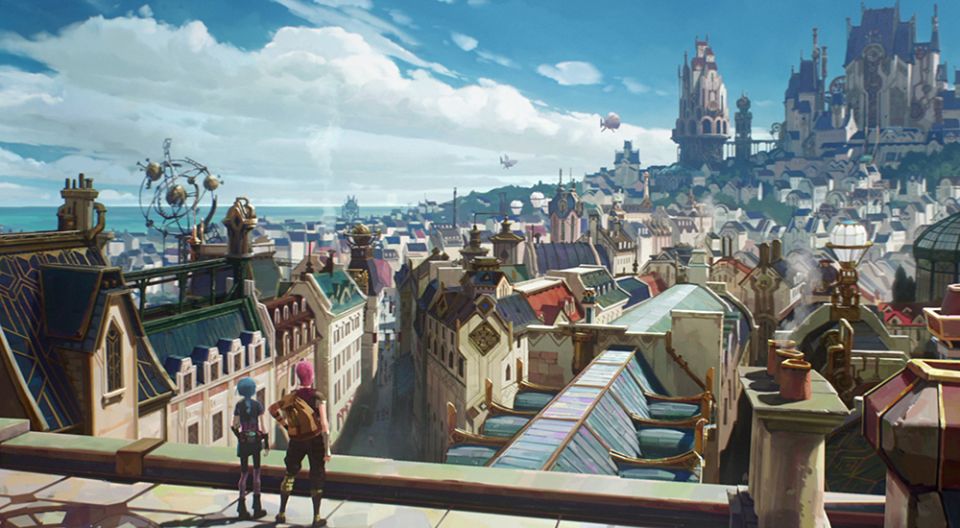 There's so much going on in "Arcane" that it can feel a bit saturated, and certain plotlines hold the viewer's attention more readily than others. But taken altogether, they illustrate a complex and three-dimensional society with no irredeemable villains and no untarnished heroes. No one's hands are clean, yet no one is beyond reach and the price of avoiding these truths is steep. It's a society poised on the edge of a knife, where the sins of indifference and apathy are about to come due.

Consequences — both personal and communal — are a major motif in "Arcane," and they are harsh indeed. For Vi, a moment of grief-stricken anger not only separates her from her sister but also sets off a chain reaction of unimaginable fallout for herself, her friends and their cities. For the young scientists, the allure of forbidden knowledge and an industrious future leads to betrayal and ruin on a catastrophic scale. For Powder, a well-meaning effort to save her family leads to the birth of her dark alter-ego, Jinx. No deed — good or ill — seems to go unpunished.

While this is certainly a bleaker worldview than many of us would like to adopt in our spiritual lives, the echoes of some of Scripture's grimmest passages ring out clearly in "Arcane." Calls to "Stay awake!" go unheard, particularly in Piltover, where the wealthy ruling class refuses to intervene on behalf of the suffering Zaunites. They insist on separating themselves from responsibility for the terrible conditions they perpetuate with their exploitative and extractive business practices. In their denial and willful ignorance, we see flashes of the rich man and Lazarus, of the five foolish virgins, of the man underdressed for the wedding feast — those caught unprepared when the day of reckoning comes, unwilling to accept the consequences of their actions until it is too late. Do we also see flashes of ourselves as well? The refugees at our borders? The sick dying without health care?

In our own world — barely less segregated than Piltover and Zaun — the pandemic has brought into the limelight the reality of just how drastically our actions compound and affect others. It's a challenging concept for many of us, raised in an individualistic society that encourages us to take responsibility for none but ourselves. And the reality is that many of us never have to see the full consequences of our actions. Many of us never have to confront the depth of our failings, our complicity, the way our choices have ripple effects that reach many, many others. Often, we are shielded — by geography, money, class or sheer force of will — from the fallout of what we've done and what we've failed to do. The spreading of a virus shows clearly, for those willing to see it, how the ways we move in the world have a profound impact on other human beings and our planet. The tragedy accumulates when those harmed the least deny the reality of those harmed the most.

"Arcane" drags these ripple effects into the light. It reminds us that none of us exist in a vacuum, and that those we perceive to be our enemies are often of our own making. And it gives us the uncomfortable reminder that there is an expiration date; we don't have forever to make things right. Sooner or later, we will run out of time.

We belong to each other. Stay awake. 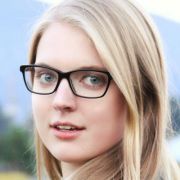