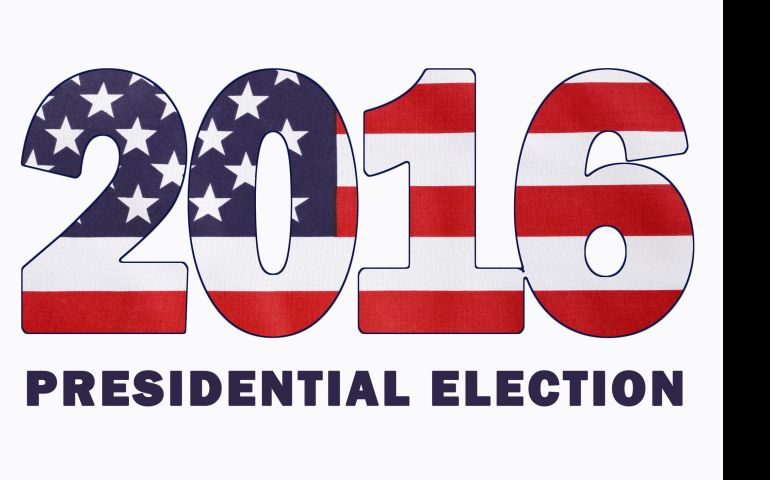 The Democratic Party’s presidential nominating process takes center stage tonight with the first debate among the candidates. Two of the five – former Sen. Jim Webb and Gov. Lincoln Chafee have the same job: They need to show up. But the other three candidates have distinct tasks tonight and all of them could have make or break moments.

Former Secretary of State, former Senator and former First Lady Hillary Rodham Clinton is the frontrunner in every national poll. In years’ past, that trio of titles would likely guarantee her the nod, but this is an anti-establishment year and her long association with a government that is perceived not to be working for the American people could be a drag more than a boost. Many Americans, albeit more Republicans than Democrats, but also many Independents, are suspicious of the entire political class and not without reason.

There is nothing she can really do about the fact she has spent her life in politics and she is well advised to embrace it. Instead of the normal campaign style of issuing policy papers on every conceivable topic under the sun, Clinton should pick three major policy goals, and point out that her policy chops, her experience in Congress, her steely determination to win, will help her achieve success on those three goals.

Regrettably, Clinton has not seemed to realize that her status as the first woman with a real shot at the presidency means she does not have to dwell on so-called women’s issues. When the Planned Parenthood video controversy erupted, she went on the airwaves to wave the feminist flag. She doesn’t have to. Every one knows she is a pro-choice Democrat and she has a lock on the Emily’s List voters. She should focus on bread-and-butter issues of the kind that earned her husband large chunks of white working class voters, a group with which Democrats have been having trouble since her husband retired. Clinton’s gender helps her in one other regard. She will turn 68 this month, which is old for a candidate, but because she would be the first woman president, I do not think her age will dog her. Nothing says “new” like the idea of having a woman in the White House.

Mrs. Clinton’s main task tonight is to humanize herself. In poll after poll, people find her untrustworthy, too willing to tack to the political winds, too Machiavellian. The person who needs to show up on the debate stage is the person who showed up on Saturday Night Live two weeks ago. A little bit of self-deprecating humor goes a long way. She should weave stories into her policy discussions. She might even say, “Hey, no one had charisma like my husband. I am not him. But, we share the same values and we share the same determination to see those values affect the policy choices facing this nation.” Candor goes a long way too. Unless Clinton succeeds at humanizing herself, her support will remain wide but shallow.

Her principal opponent so far, Vermont Sen. Bernie Sanders, has risen in the polls precisely because he focuses on the bread-and-butter issues of income inequality, stagnating wages, and the ill effects of money on politics.  Sanders has been in Congress for decades, but his authenticity and his bluntness make him sound like an outsider. As well, being an older, socialist from Vermont – think Ben & Jerry’s – translates well in a Democratic primary for voters upset with the establishment, yearning for a less compromising stance by the political left.

The things that make Sanders appealing to the Democratic primary electorate, which is far to the left of the November electorate, also means that there will come a point in time, and it might be tonight, when voters realize that however much they might fantasize about a Sanders’ presidency, it is a big risk to put him forward as the nominee. I actually think his policies have wide support beyond the Democratic base, especially with Independents, but I do not believe the American people are ready for a socialist President. And, bless his heart, he keeps doing things like comparing health care in the U.S. to that in other countries, and arguing that they do it better, and Americans do not like such honesty. Sanders’ support is the reverse of Clinton’s, energized but hard to widen.

Tonight is most important for the candidacy of Maryland Gov. Martin O’Malley. O’Malley had a tough summer in which Donald Trump sucked all the oxygen out of the room. Few predicted that Sanders would be the vehicle for those with doubts about Clinton. O’Malley needs to use tonight to introduce himself as the kind of candidate Democrats want, more progressive than Clinton, and with a more proven record of getting things done than Sanders. He wants to finish tonight as every Democrats’ second choice.

O’Malley should not go after either of the two front-runners directly. He can needle them, for example, “Secretary Clinton, I am glad that you now oppose the Trans-Pacific Trade deal, but all of us worry that your reasons for opposing it are not the same as Bernie’s and mine.” But, a frontal attack is likely to result in giving the person attacked the better opportunity to have a quotable, slam dunk moment. And, a discussion about which candidate got to which liberal position first sounds too childish to be entertained. The problem for Clinton is not that she took longer than the other, the problem is that her changes on certain policies appear too calculated by half. On an issue like same sex marriage, O’Malley does not need to argue that he supported it before Clinton did. He can argue that on his watch, Maryland adopted it before the Supreme Court did.

O’Malley benefits from his youth, which will be obvious to all, and needs no comment from him. And, I hope he plays up his time as mayor. Mayors actually have to get things done. Long before O’Malley announced his candidacy, I decided that I would be more inclined to vote for a candidate who has been a mayor. Lastly, O’Malley needs to turn on the charm. The rap on him is that sometimes he puts the audience to sleep, while other times he has them on their feet. Tonight, he needs to shine.

Many commentators have observed that tonight’s debate will likely lack the fireworks that have characterized the GOP debates. Fireworks are fine for television ratings and the 4th of July. But, as we transition from silly season to seriousness, the Democrats will do themselves nothing but good by appearing like adults. If they can connect emotionally with the populist anger that is abroad in the land, and do so in an uplifting, better angels of our nature way, rather than the nasty, xenophobic populism of the GOP, they will have helped brand the party in ways that will help them no matter who is the nominee in either party.

To Show People How to Love

The State of the Union: What Obama Must Say