Francis: 'Where Jesus is there is humility and love' 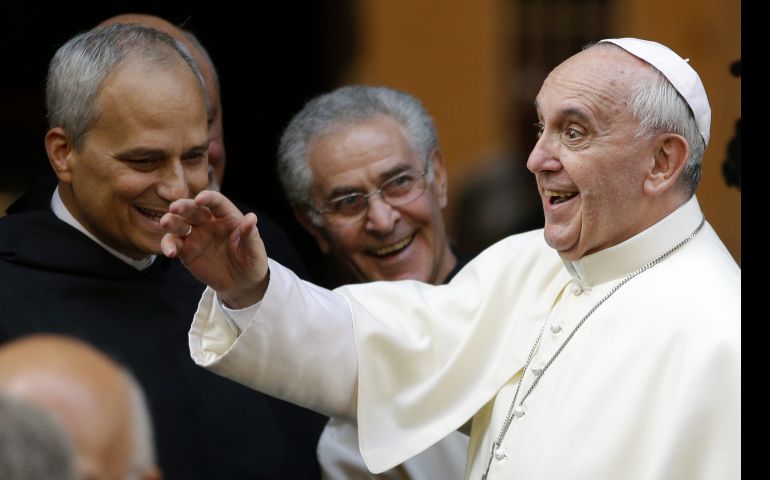 Pope Francis waves to well-wishers as he arrives to celebrate Mass at the Basilica of St. Augustine in Rome on the saint's feast day Aug. 28. (CNS photo/Max Rossi, Reuters)

“Where Jesus is, there is always humility, meekness, and love,” Pope Francis said in a homily during mass Tuesday at the Casa Santa Marta chapel inside the Vatican. It was the second Francis homily since he began celebrating daily mass after a summer break.

Francis characterized life in the presence of God Monday in his first September homily, saying where God is there is no hatred, envy or jealousy, and there is no gossip that can kill.

He reflecting on the Gospel according to Luke, which tells of a meeting between Jesus and the people of Nazareth

Francis emphasized the distinction between the “tranquil light” of Jesus that speaks to our hearts, and the light of the world, an “artificial light” that makes us arrogant and proud. Christian identity, Francis said, is “an identity of light, not of darkness.”

His remarks were reported by Vatican radio.

Pope Francis began his homily from the words of Saint Paul to the first disciples of Jesus: “You, brothers and sisters, are not in darkness . . . you are children of the light.” This Light, he observed, is not well liked by the world. But Jesus came precisely to save us from sin: “His light saves us from the darkness.” On the other hand, he continued, today “one might think that there is the possibility” of having the light “with so many scientific things, and so many of the things of humanity”.

Francis: 'Where Jesus is there is humility and love'

Behind hatred, violence is an unloved heart, pope says at audience

Telephone etiquette for 'the cold-call pope'