My fears are not the same as yours 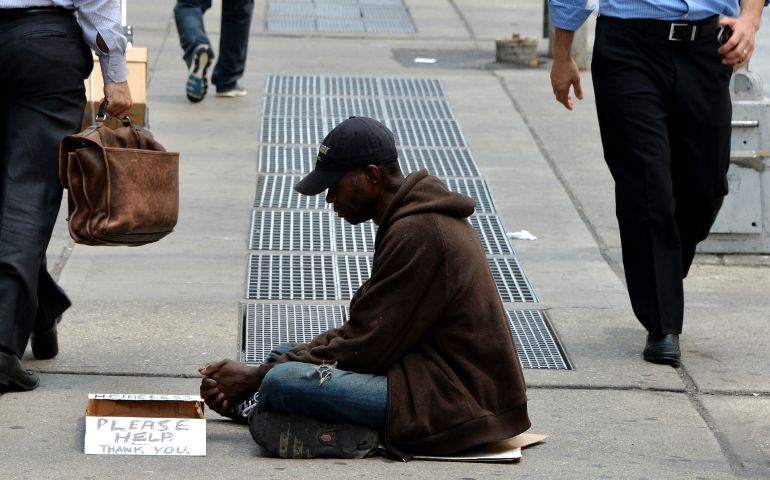 In my writing practice as an essayist, I often encounter contrariety in my own thoughts. It's my job as a writer to figure out how to allow opinions, revelations and sometimes experiences that, at best, don't play well together, and at worst are diabolically opposed to one another to coexist on the page and to still satisfy the reader, who likely came to the work primarily to be entertained and perhaps secondarily to be informed, provoked or changed. I take the reader on a journey with me as I (sometimes) reach a conclusion, and with elements such as word choice, sentence structure and narrative movement, I try to make the journey as thrilling as possible.

As I write today's column, I'm trying to think of the U.S. as an essayist taking about 319 million readers on a thrilling journey to a satisfying conclusion, but that might be the stuff of fiction. The truth may be that many of the opinions, ideologies, policies and often experiences held by people in the same country cannot coexist, let alone satisfy anyone.

We have been here before. Over the past few weeks, my public history class has been immersed in case studies about the depiction and interpretation of slavery at museums and historic sites. Some of those sites also have to address the Civil War, which is difficult to do without also addressing what caused it. Could the country exist with about half its states holding people as property, the other half not, and the vast federal territory in between possibly going either way? We found out the answer: no. One way or the other — enslavement or abolition, oppression or freedom — had to win. There could be no compromise.

And here we are again. The New York Times recently spoke with Donald Trump supporters who fear their concerns will be ignored if Hillary Clinton wins. One said, "I've never seen the country so divided, just black and white — there's no compromise whatsoever. The Clinton campaign says together we are stronger, but there's no together. The country has never been so divided. I'm looking at revolution right now."

I think there is one together: the fact that everyone is afraid. The problem is that we are all afraid of different things, and our democratically elected government is unable to rank our fears. I fear a lifelong student loan debt and post-graduate poverty. I fear that the cancers some women in my family have beaten will invade my body, too, but that limited money will prevent me from obtaining effective treatment. I fear not being able to take care of my parents in their old age if I can barely afford to take care of myself. I fear that a family member or friend will be the next name-turned-hashtag representing the epidemic of police brutality, police shootings and their victims.

The other night, just after sunset, I was studying in a pretty deserted wing of a building on campus, and when a male custodian entered to empty the trash, I briefly thought about leaving the room to keep myself safe, not because men on custodial staffs routinely rape women in quiet buildings, but because women and girls can't even deter men from grabbing them as they walk down the street. I fear that as a woman of color, I will not be able to protect my life or my body because there is so much social, cultural, institutionalized and policy-driven permission to attack it. I fear that if a leader who has given bigotry and violence against women, people of color, and people along the LGBTQ spectrum permission to thrive everywhere from his rallies to the playground, then more people of color, women and people along the LGBTQ spectrum will die if he is elected.

My fears are different from those of a person who worries that their small business will not survive more changes to the Affordable Care Act. They are different from those of someone laid off because they work in a market-driven corporation that just saw its worst quarter. They are different from those of a person who is bullied relentlessly because other children think he's gay, or from a Christian who fears her child will go to hell because he is, in fact, gay and that this country has a permissive culture that is invading her home. My fears differ from those of people who fear they will be less safe with more restrictions on guns and from people who fear sending their children to elementary school or to college because there are so few restrictions on guns. They differ from the trans woman who just wants to use the bathroom without being harassed. They differ from those of enlisted military personnel who are on the front lines of foreign policy and from spouses of law enforcement officers whose daily lives, like mine, come with the risk of violence. They differ from a low-income white man whose sense of power is rooted in knowing race and manhood as sources of dominance in an otherwise bleak existence and who doesn't know his place in modern world.

I saw a man lying on the sidewalk in the fetal position at 15th and Market here in Philadelphia last week. His sweatpants and underwear were down near his knees. His exposed buttocks revealed he had defecated recently. He was crying and mumbling again and again, "Leave me the (expletive) alone." It was about 9 a.m. when I saw him. Everyone else around, like me, was on their way to work.

I don't know what that man fears. I couldn't begin to guess. I mention him because he exists among the 319 million trying to live in this country where together may be impossible, and where, as James Baldwin said, "... the impossible is the least that one can demand" because "American Negro history ... testifies to nothing less than the perpetual achievement of the impossible."

People | My fears are not the same as yours

Adoption can show us new way of belonging, connecting