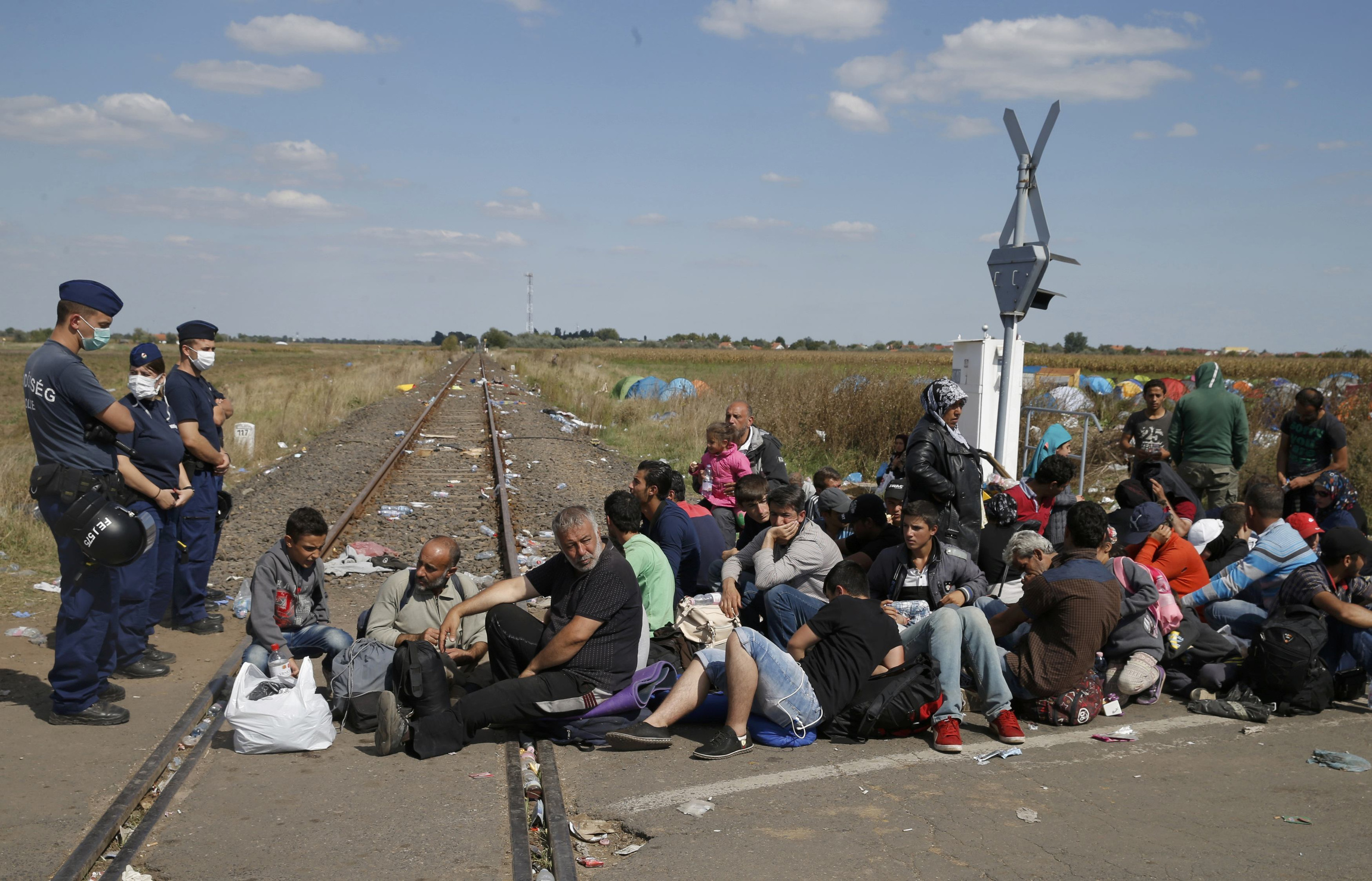 As hopeful refugees reach Hungary, Pope Francis says bring them on -- Europe's churches and monasteries can take in thousands. Meanwhile, Laszlo Kiss-Rigo, bishop of the southern Hungarian region besieged by the migrants says no, "they are not refugees, this is an invasion."

He has a point.

Conflicting stories go into the news cycle sausage maker and emerge to show one big humanitarian crisis, which it is. But the ingredients of the mix are in deep contrast one to another.

Yes, there are middle-class Syrian Christian families, perhaps the sort Francis will house in Vatican City. There are other Syrians, poor Christians and Muslims, driven from their homeland while civil war rages and ISIS turns the country into a sandlot. There are the others, the so-called "economic refugees" from elsewhere in the Mideast, from Africa, and from Asia.

They have not stopped coming. Nor will they.

No one wants to deprive anyone of a life of economic security in a safe and stable democratic society, but the onslaught of individuals claiming to be Syrian war refugees belies simple statistics. Hungarian officials say the largest percentage of persons without identification papers claim to be Syrian. They also point to many discarded identity documents. News footage shows an inordinate number of single men, both at the border and in refugee camps stretching across Europe. There is also a lot of chanting "Allahu Akbar"-- on trains, at checkpoints, in situations where the crowds are near riot. Is it an invasion?

Indeed, there are families -- women with husbands and children -- in the middle of all this. They are human beings caught in the web of lunacy that envelopes their homelands. They are not part of what some fear is a renewed Ottoman invasion.

So, what to do? Some European governments have generous displaced persons policies, providing housing and cash allowances. Sweden and Norway are preferred refugee destinations. Some governments, perhaps because of national guilt, are preparing to welcome thousands. Germany says it could accept one half-million people for each of several years. Outside Europe, other countries are wary of extending their social welfare to anyone who shows up. Australian government leaders seem to want Christians only.

What to do? The United Nations High Commissioner on Refugees estimates nearly a million persons will want to enter Europe in the short term. The photograph of one dead toddler face down on a beach in Turkey tugged international heartstrings so much so that country after country is trying to figure out how to accept the truly needy while protecting its own security. The cliché that every Muslim male belongs to ISIS may gain traction as the world remembers what happened in the United States on September 11, 2001.

What to do? The United States has a severe annual limit on refugees -- right now 70,000 -- and many of its politicians are publicly wary of importing terrorists along with the truly desperate. Some public figures, perhaps emulating Hungary's razor-wire fence approach to migration, think a wall along the Mexican and Canadian borders is a great idea. Others look across the country to abandoned towns and empty sections of cities where the latest entrants to the fabled American melting pot could do just fine.

What to do? Some argue the United States has enough troubles. There are already more than 600,000 homeless Americans. What about finding food and shelter for them? Others say a few thousand more won't make a dent in the growing U.S. population, although if the people who come are mainly Muslim some neighborhoods could be better than others. Even so, all neighborhoods have a little give, a little extra room for people who would rather be in their own country but who, for whatever reason, are both homeless and stateless.

The U.S. is not in the lead on this genuine humanitarian crisis, but its stated values and beliefs should help pave the road to freedom for the hundreds of thousands of persons now in deep distress.

[Phyllis Zagano is senior research associate-in-residence at Hofstra University in Hempstead, N.Y. She will speak Sept. 19 at the Philadelphia Marriott Downtown. Her books include On Prayer: A Letter to My Godchild and In the Image of Christ: Essays on Being Catholic and Female.]