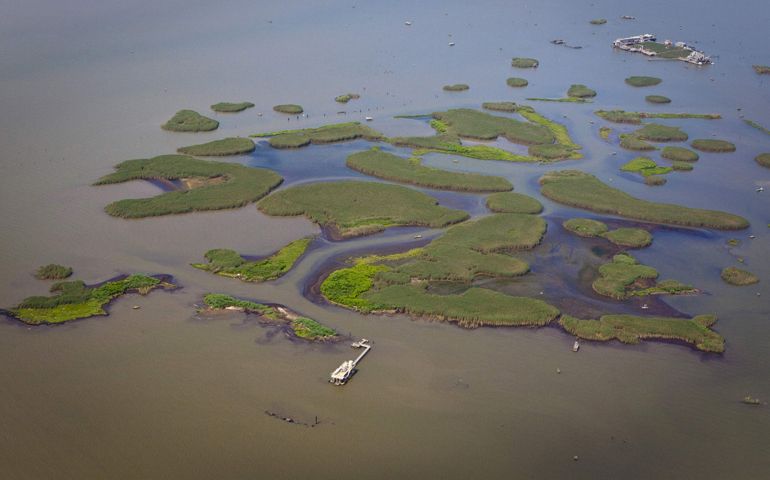 If you watch the slick TV commercials BP is rolling out these days for the fifth anniversary of the BP oil spill from the Deepwater Horizon on April 20, 2010, you'd think all was well. But you cannot fool award-winning documentary filmmaker Margaret Brown. Her one-hour tour of the Louisiana, Alabama and Texas coast, "The Great Invisible," shows us the lasting change wrought on people, land, and sea by the impact of the worst environmental calamity in U.S. history. Brown's gaze looks beyond the obvious to the invisible -- the exact things that the BP commercials want us to look away from.

On Monday, the "Today" show ran a segment titled, "Has Gulf recovered 5 years after the BP oil spill?" It asks the same question Brown's "Great Invisible" does: What about the damage we cannot see? The "Today" piece gives BP's response to each allegation, but none of them ring true.

"The Great Invisible" lets us see the continuing impact of the disaster, including people who still have not received restitution for the damage to their livelihoods. But more importantly, the film lets us see the power of the corporation vs. people who have to live with the consequences of what amounts to greed over the well-being of the environment that sustains us all. Watch the chilling exchange between the rich head honchos of several oil industry firms talk about their vision of the future of energy. They are so confident. But as the saying goes, when the earth is all used up and all you have left to eat is cash, well, it won't taste good, and it won't nourish.

Another new documentary film, "Groundswell Rising," opens in Los Angeles in May, though the DVD is already available. It follows the huge impact of fracking on communities in Colorado, New York and Pennsylvania. The "groundswell rising" are the people of these communities who are pushing back against local governments and unseen leases for chemical rights hidden from people who purchase land, thinking they were buying a farm or property for a home in the country.

Cancer, rashes, respiratory disease, fertility and reproductive problems all started occurring where fracking wells are dug within close distance to homes and schools. Communities are disrupted by years of heavy trucking and chemicals, especially benzene and other known carcinogens, released into the ground water that supplies many communities. The environment is a pro-life issue.

"Groundswell Rising" tells about ongoing efforts as well as victories resulting from involved citizens who want sustainable energy. But there's a lot of heartbreak in the film, too.

Earth Day is April 22. These are two documentaries worth watching as we contemplate our responsibility and response to what the future of Earth will look like for everyone. Unless the rich build a spaceship on the scale we saw in the 2008 film "Wall-E," where all humans can escape the detritus of an earth from which all good has been extracted or consumed, the rich will share the same fate that the growing number of poor already do.

I have great hope that the pope's encyclical on the environment will inspire, motivate and enlighten the consciences of those who are violating the earth and their neighbor.