Survival Condo: Have none of these people read a fairy tale? 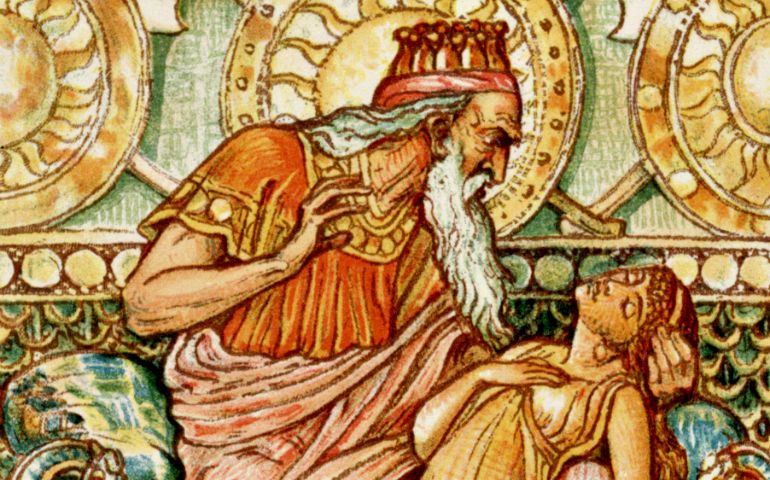 I have a new favorite reality series. It's "The Real Housewives of the Apocalypse — Kansas," and it won't be televised until the Four Horsemen have landed, but you can read about it now in The New Yorker and, most recently, The Wichita Eagle, in a story headlined "Surviving doomsday: Underground condos bring wealthy to Kansas."

As with any "Housewife" franchise, there are various locations, but I'm sticking with Kansas, where the 12 underground units in the Survival Condo project are McMansions built inside a decommissioned Atlas missile silo. The bunker-condos are filled with high-end amenities to help the high-end residents wait out the disasters unfolding overhead: stainless steel Wolf ranges, hardwood floors, workout rooms with saunas and steam baths, a pet park, a swimming pool, a tilapia pond, five years' worth of toilet paper, a jail cell, an armory, a sniper post.

As Larry Hall, the Denver-based owner and project manager of Survival Condo told The New Yorker, "It's true relaxation for the ultra-wealthy. They can come out here, they know there are armed guards outside. The kids can run around."

And if that isn't true relaxation, I don't know what is: There are armed guards outside. The kids can run around.

And if the armed guards aren't outside? The Wichita Eagle reports, "There is a remote-controlled sniper post at the top of the dome built above the silo. ... 'It's like a video game,' Hall said."

Have none of these people ever read a fairy tale?

I'd start with King Midas, whose greatest wish was for everything he touched to turn to gold. His wish was granted. Poor Midas. Too late did he realize that "everything I touch" included his daughter. And lunch.

Fairy tales tell us the truth about the human condition and where our greed and envy and fear invariably lead. The fisherman's wife has a magic flounder that can grant every request, but enough is never enough and she is never content. The woodcutter and his wife so fear hunger that they send their children out into the forest with only a crust of bread between them. A witch awaits them there. The king bans all spindles and spinning wheels from his kingdom in an attempt to protect the princess from the evil fairy's spell, but only love and courage, not locked doors and decrees, will save her.

Someone who grew up reading fairy tales and listening to them in the dark before sleep knows this story in Kansas will end just as badly, or worse, than whatever is ending outside.

Take a group of wealthy people, up to 75 men and women who are used to being obeyed, and lock them in together. Hall says there will be a board of directors who establish a set of laws and that the residents will have voting power under those laws. The owners of a full-floor condo have twice the votes of the owners of a half-floor condo. Did I mention there's an armory?

Hall says the owners have a total of 19 children. Say one of them enters late adolescence and has a psychotic break. How likely is it that people who order their lives toward achievement and perfection will come together to counsel and encourage the young schizophrenic, reassuring him of his place in the (locked-down) community?

Did I mention there's an armory? And a jail cell? And a tilapia pond? (My advice: Don't eat the tilapia. And don't stir up the muck at the bottom of the pond. If you haven't read any fairy tales, maybe you've at least seen "Goodfellas.")

I speak of a sick teen's place in the community, but I can't find any mention of a church or a temple or a mosque. There's a movie theater and a bar, but no place of worship, no place where true community is formed. Then again, why bow down before the Master of the Universe when you already hold that title? (Let's add the first four chapters of Genesis to the reading list.)

Hall tells The Wichita Eagle that, in addition to a sickbay with a doctor in residence, he "has plans to fill one room with prescriptions for each resident." What happens when a resident develops a condition for which he or she hasn't stockpiled medicine? Or a resident needs more of a medicine than is allotted per person? What if one of the residents comes down with the same plague that is killing the people outside?

Do those exceptions get put to a vote, with the half-floor residents always losing to their full-floor betters?

Hall explains, "There are always at least two people working security." What if one of them, or one of their children, has the medical condition?

Pets are welcome at Survival Condo, but only two and each weighing less than 75 pounds. If an owner has three or more, Hall tells The Wichita Eagle, one of the animals must pick "the short straw."

Consider that the luxury bunkers come in two sizes: The half floor unit is 900 square feet and the full floor is 1,820 square feet. According to the U.S. Census Bureau, the average amount of living space in an American home has doubled since 1973, from 507 to 987 square feet per person. Bill Craig, vice president of business development, says they're building "a wow experience" for homeowners locked in for an extended period.

Would it be "a wow experience" to have a neighbor whose whole extended family is crammed into one unit? I'm guessing it's not just excess pets who will be drawing the short straw. Grandparents, neighbors, co-workers, cousins, friends — go down the list with a red pencil. The high school teacher who changed your life? The cab driver who takes your elderly father to the grocery store and helps him carry his bags into the house? Fluffy may get in, but Mrs. Cohen, Mr. Abdiweli and your old dad stay out.

"There once was a king who lost his way in the forest and feared he would die if he did not find a way out before nightfall." That's how a fairytale called "The Six Swans" begins. Read it, and read others. Those stories could lead you home.

Justice | Survival Condo: Have none of these people read a fairy tale?

Rural families have strong ties to their farms and their faith