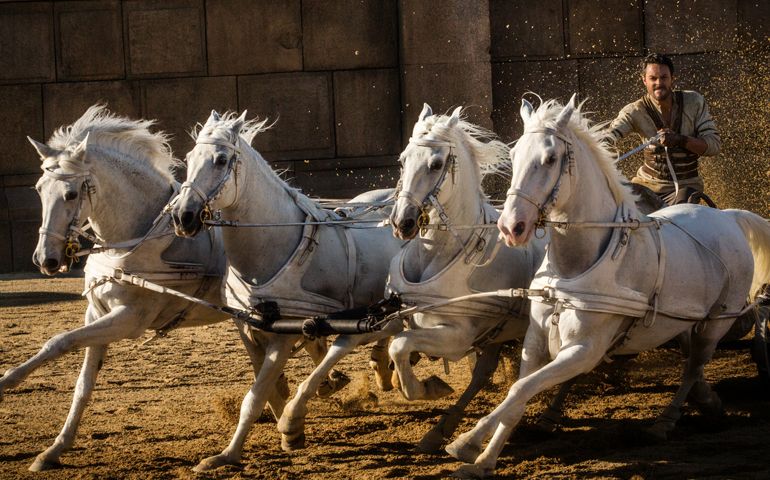 According to a press release from CIMA, the "awardees were chosen for their ability to tell stories that transcend daily life in compelling ways and to communicate the true, the good and the beautiful." CIMA will also recognize the 50th anniversary of the Catholic church's World Day of Communication.

Catholics in Media Associates is a nonprofit organization that was "formed by working professionals in the entertainment industry whose initial purpose was to share personal concerns of faith and spirituality as it is experienced in the workplace," according to its website. The awards were created to recognize those "who, by their work, have made clearer the Word of God."

Hosting the ceremony for the second time is actor Mark Derwin, most recently seen in Amazon's
"Bosch." He is also known for his roles in "Everest" and "The Secret Life of the American Teenager."

"Ben-Hur," "an epic reimagining of the classic tale of Christ for the 21st Century" will be awarded CIMA's Motion Picture Award, according to the CIMA press release. This marks the second time that executive producers Roma Downey and Mark Burnett will receive an award through CIMA, previously winning an award for "The Bible" in 2014.

Showtime's "Ray Donovan" will receive the CIMA Television Award for the show's focus on a Catholic family of mobsters' "faith and conscience."

Receiving CIMA's Documentary Award is the National Geographic Channel and Revelations Entertainment's "Story of God" series. The documentary, narrated by Morgan Freeman, is a six-part series that explores various cultures, religions and their views on God.

CIMA will present a new award, the Communicator Award, to Bishop Robert Barron. "His media ministry is ubiquitous and meets all the criteria for outstanding work as a Catholic communicator: interesting, accessible and informative," said Sr. Rose Pacatte, president of Catholics in Media, and NCR contributor. Barron is the founder of Word on Fire Catholic ministries and has a weekly podcast called "The Word on Fire Show."

Also for the first time, this year's event will benefit a $2,500 scholarship for a student filmmaker at Loyola Marymount University's School for Film and Television.

More information about the event is available here.

Take and Read: The Law of Christ

Big week ahead for coverage of climate crisis

'The Sisterhood: Becoming Nuns' is more 'reality' than reality

'Loaded' pays off with monetary clarity