Chilean film on Pablo Neruda shows us the 'champagne communist' 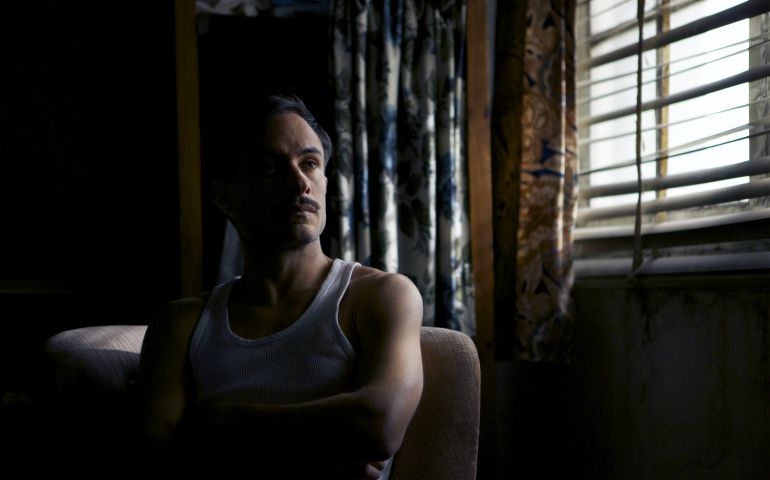 Director Pablo Larraín is attracting Oscar attention for his latest film "Jackie," starring Natalie Portman, about Jacqueline Kennedy during the first days following the assassination of her husband, President John F. Kennedy in 1963. But Larraín's fantasy narrative about the poet Pablo Neruda is Chile's official entry for the upcoming Academy Awards to be held Feb. 26, 2017. The film open in New York and Los Angeles Dec. 16.

Pablo Neruda (Luis Gnecco) is Chile's famous communist poet, and the film focuses on 1948, when the government outlaws communism and Pablo is forced into hiding with his wife Delia (Mercedes Morán). The police call in Óscar Peluchonneau (Gael García Bernal) to pursue the poet, but Óscar doesn't even know who he is at first.

When Neruda finds out he is the object of this police officer's interest, he decides to play a cat-and-mouse game, moving stealthily and sometimes openly from place to place as he plots his escape to Argentina and on to Europe.

"Neruda" presents an interesting and imaginative way to consider the person — literary artist, ambassador, friend of Picasso and Nobel Prize winner — that Pablo Neruda (1904-1973) was. The thing to remember is that while he may have been a steadfast communist, he was a philanderer who didn't show much respect for his wife or concern for the unfortunate; as the film's publicist said to me, he was "a champagne communist." He lived well, even when on the run. His poetry inspires others, but his personal life is, well, not so inspirational.

Bernal, one of Larraín's favorite actors, plays the fictional inexperienced, ambitious and puzzled cop well, but Gnecco's middle-aged Neruda is cagey and not about to be caught. Both Neruda and Peluchonneau live out their fantasies in their heads: Neruda wants to be a hero, but in reality he is a celebrity artist who spends his time satisfying his desires, carnal and otherwise. Peluchonneau, who is the son of a prostitute, fantasizes that his father is the chief of police, and he wants to please him.

"Neruda" is a clever, artsy fantasy creation, written by Guillermo Calderón. It's more "truthy" than truth, but you can find moments here and there that anchor the film to Neruda's real life. It premiered at Cannes earlier this year and has won several awards since. The 1994 Italian film "Il Postino" introduced many people to a fictional version of Neruda; this one will let us see what a Chilean champagne communist poet and sometime-ambassador looks like.

Was Neruda ever happy? About as happy as an avowed materialist ever could be, despite the depth and breath of the felt humanity of his poetry.

"Neruda" is in Spanish with English subtitles.

The Salt of the Earth