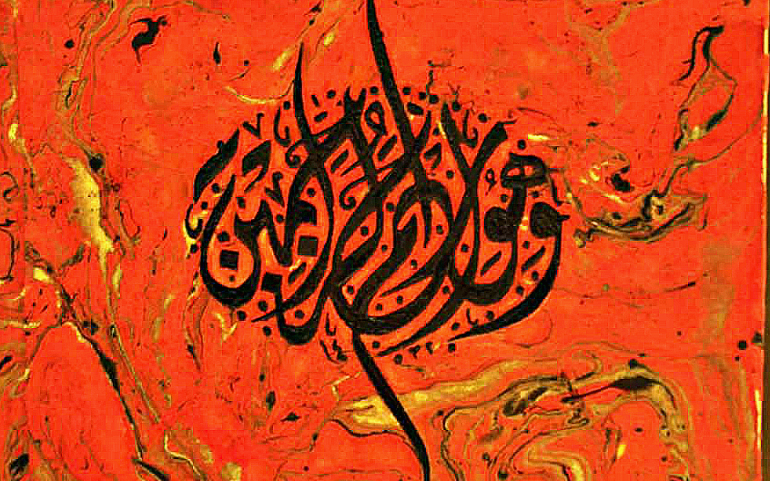 Most people would expect to see icons of Jesus, Mary and the saints in a Catholic church, so the artwork in one New York City church might surprise visitors.

Starting Oct. 25, the Church of St. Paul the Apostle along with Openings, an artist collective project sponsored by the Paulist fathers, is presenting an art exhibition that the collective says is the first exhibit of Islamic contemporary art in a Catholic place of worship.

The exhibit, titled "Brothers and Sisters: Islamic Art/Christian Space," will feature work from nine New York-based artists who use Islamic art forms or are inspired by Islamic sources. The artists range from relative newcomers to famous artists like Shazia Sikander, who was awarded the American Academy of Religion's Religion and Arts Award in 2016. Some of the art uses traditional Islamic art techniques, such as calligraphy and illumination, while others employ more contemporary concepts like animated video projection.

The idea for this particular exhibit came from Openings exhibit curator Mark Brennan after hearing Muslims being demeaned by the media and even his own friends.

"Being familiar with Scripture, I saw an opportunity for Openings to fill two roles far more urgent than simply hanging up pretty or interesting artwork," Brennan said. "By partnering with the church and giving peaceful Muslims an opportunity to express the beauty of their faith, we could counteract the negative messages being propagated about them by both the jihadists and the non-Muslims who painted them and their religion with a broad brush."

The director of Openings, Paulist Fr. Frank Sabatté, felt the topic was particularly poignant in relation to the current election.

"We all felt it was timely, especially with this horrendous business with [Republican presidential candidate Donald] Trump going on and the scapegoating that's going on, to have this exhibit," said Sabatté.

Sabatté started Openings in 2006 as a way to expand the Paulist's ministries to artists. Openings hosts various exhibitions through the year, all utilizing various chapels at the Church of St. Paul the Apostle, the mother church of the Paulists, as a way to exhibit the art.

Sabatté sees the mission for both the group and the upcoming exhibit as creating a dialogue between the church, the artists and the public.

"We're really about the dialogue with the artist. In some ways, it's not an evangelization but in other ways it is," Sabetté said. "With folks who have never — with all their suspicions about the church, we're really kind of sowing seeds. But it's not like, 'oh my God, I hope they convert.' "

Openings has seen a mostly positive response from church parishioners and visitors to past exhibits. Sabetté reports there is a small minority of people who don't like the idea of any contemporary art in a church. However, he's also received a lot of support, especially from church staff.

"The Muslim exhibit will be well received and I know Gil Martinez, the pastor, is totally excited about it. But I'm sure there will be a lot of people who will really think it's great and there will be some people who hate it. That's really the world that we're in right now," said Sabetté.

Sabetté and Brennan report the group has yet to receive any negative feedback regarding the exhibit but knows there is a possibility once it opens.

"We all realized that there is the possibility of a backlash, possibly even a violent one, from members of both faiths who are hostile to the idea of peaceful coexistence," said Brennan.

To help alleviate some of the concerns, Brennan and Sabetté ensured that all artists were aware of the exhibition taking place in a worship space, screened the art and also provided placards next to the installations to make the art more accessible for all.

"I wanted to show work that displays the beauty of the faith," Brennan said. "… I've written descriptive placards and some background notes that should help orient non-Muslim visitors through the exhibit."

The exhibition will run Oct. 25 through Nov. 15. The art installation is located on the south side of the Church of St. Paul the Apostle and is open when the church is open. The artists' reception will be from 7-9 p.m., Thursday, Oct. 27, and is open to the public.