'Moms' Night Out' held together by wacky band of character actors 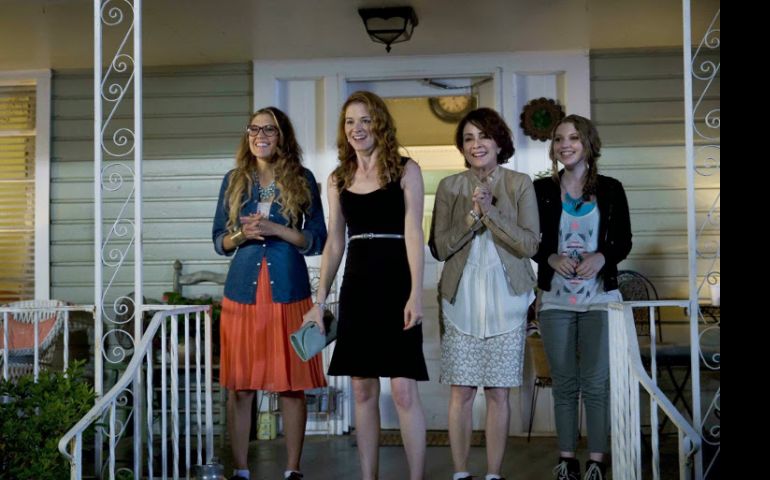 Right on time for Mother’s Day comes “Moms’ Night Out,” an angst-ridden comedy from Sony’s Affirm Films, a label aimed at evangelical Christians, and Provident Pictures, that has given the faith audience “Fireproof” (2008) and “Courageous” (2011).

Allyson (Sarah Drew) is mother to three and married to Sean (Sean Astin), an architect who travels a lot. She is also a mommy blogger without any followers. She obsesses over germs and being a perfect mother, and seems addicted to the very chaos she creates because she is so anxious.

Sean is flying home on Mother’s Day so Allyson drags the kids to church where Sondra (Patricia Heaton), the pastor’s wife (Pastor Ray is played by Alex Kendrick), deals with her own needy teenager while greeting the faithful. Sondra offers to help Allyson but Allyson insists on doing it all herself and takes the kids downstairs to the child care and Sunday school area where her friend Izzy (Andrea Logan White) is in charge of the pandemonium. Allyson, her hair a mess, slogs back upstairs and climbs over people to a place in a pew.

Later that week, Allyson and Izzy attend the worst church book club meeting in the world and they notice that Sondra is as stressed as they are. Allyson has a Groupon coupon to a nice restaurant so they text Sondra that they are going to have a moms’ night out so they can all de-stress. Sean, and Kevin, Sean’s unmarried, lover of violent video games friend (Kevin Downes) and Izzy’s insecure husband, Marco (Kevin Amaya), are baby-sitting all the kids.

The ladies dress up but when they get to the New Age-y restaurant something has gone wrong with their reservation and Allyson has a meltdown.

Finally, after this too-long set-up, the moms’ night out caper takes off in a series of improbable cause-and-effect incidents that includes car chases, cops, bikers, a lost baby, an emergency room, lost cell phones, a bowling alley, and Trace Adkins, in that fantastic baritone voice, offering words of comfort to a stressed mom.

What is funny about “Moms’ Night Out” is the whacky band of character actors who support the cast and glue this long night together: the delicious New Age restaurant hostess, played by Anjelah Johnson-Reyes, the weird desk guy at the tattoo parlor (Manwell Reyes), the straight-laced police desk officer (Victor Turner) who tasers Sondra by mistake, Kevin, Sean’s slacker friend, is very droll and good-hearted, and the cabbie, played by Heaton’s real life husband, David Hunt, is perfect as a British taxi driver in Birmingham, Ala. That’s funny all by itself. They are quirky, funny, and have very good timing and some good lines. I would have given them more screen time and seriously done something to shorten the Allyson narrative and develop Sondra and Izzy’s characters a little more.

The major problem I have with “Moms’ Night Out” is that it’s not a very good movie. It gives way too much time to Allyson’s neurosis and offers little pat sermonettes here and there to bolster up the stressed moms. On the one hand, it’s not as heavily loaded with the Christian message as other Christian genre movies are but, on the other hand, it’s aimed at middle class to upper middle class white women who have everything they need — and want — and still are not happy. I think poor, working moms don’t have the luxury to whine their way through an existential crisis; they are too busy trying to make ends meet and just survive.

I did meet one mom at the press day that really liked the film; she said it was made for people like her. And I’m glad if audiences like this kind of film. Motherhood is the most important job on earth, and the most difficult.  My own mother, who had eight kids, truly struggled on an enlisted sailor’s paycheck and I can never forget her crying, all alone one Christmas, when my dad was overseas. But I think she would probably cringe a bit at a film like “Moms’ Night Out.”

At the end (this gives nothing away) Sean tells Allyson (and us) the message of the movie (in case we didn’t get it): “motherhood is important.” Voila! As with most Hollywood films, everything is resolved in less than two hours and without therapy (highly recommended). Allyson is at peace and takes up her mommy blog once again, knowing she’s not perfect, but trying.

One thing’s for sure. This "Christian" film will be a comfort to the comfortable. But this creates a dilemma for me as a film reviewer. I am not sure how it's a Christian movie if we go by the Gospels that show Jesus comforting the afflicted and afflicting the comfortable.

'Moms' Night Out' held together by wacky band of character actors

Mother's Day gift guide: Something for everyone who mothers

Watching my daughter grow — in her own time