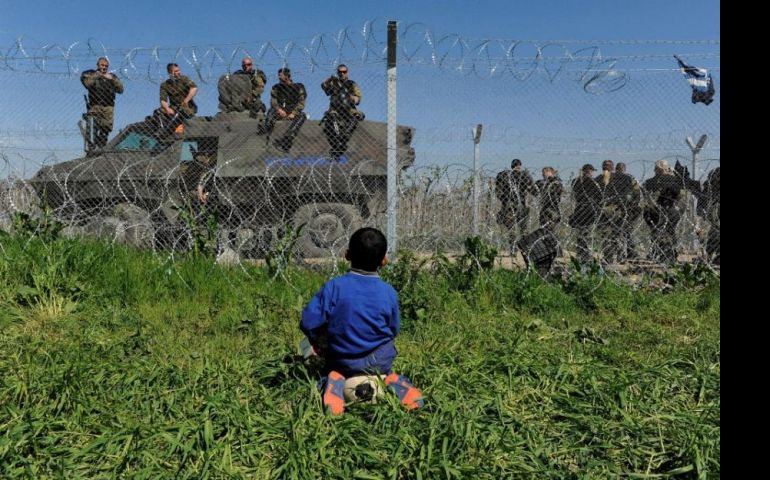 A refugee boy sits on the Greek side of the border near Idomeni as Macedonian police stand guard on their side April 12. See point three below: Pope heads to Greece. (CNS/Alexandros Avramidis)

Exclusive to Global Sisters Report: US presidential candidates must honor the dignity of work By Sr. Simone Campbell

This commentary, Pope Francis cannot abandon morality underpinning ‘just war’, is a reaction to this Francis encourages Vatican just war conference to revitalize tools of non-violence and this Why is the Catholic church moving away from just war theory?

Trump at 100 days: It's time for progressives to go on the offensive

On Sex Abuse: More Nonsense from Billy the Bully

Some priests said to see pedophilia as within celibacy vows