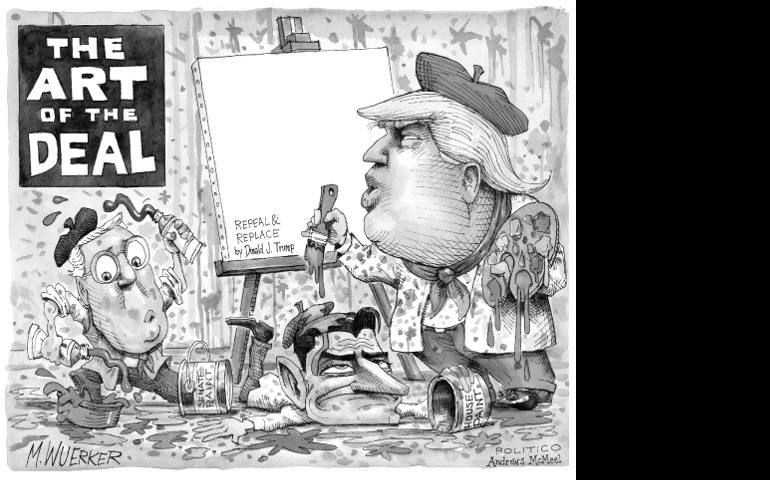 The latest at NCR & GSR:

Long-time peace activist Franciscan Fr. Jerry Zawada died Tuesday at age 80. Along with his protests of nuclear weapons, Zawada also drew attention for concelebrating a liturgy in 2011 with a woman priest.

Kansas Gov. Sam Brownback, who is Catholic, was nominated Wednesday by President Donald Trump for the position of ambassador at large for International Religious Freedom.

A recent survey from the Pew Research Center takes a closer look into the lives of Muslim Americans. One finding: While three-quarters say their faith faces a lot of discrimination, 89 percent express pride in being both American and Muslim.

After a story in late June explored parish practices around holding hands during the Our Father, NCR asked readers about the customs in their own parishes. Here are the results.

In his latest blog, Pat Perriello ponders, "Can the church change its focus from rules to people?"

Eco Catholic: The Catholic Action Center in Lexington, Kentucky, has eyes on becoming one of the first homeless centers in the country to run solely on solar power.

Elsewhere on the newsstands:

When reporters approached McCain before he cast his vote, he told them, "Wait for the show."

[ICYMI: More than 7,000 Catholic sisters wrote to the Senate earlier in the week urging them to oppose real of the Affordable Care Act.]

A study released this week from Cornell University estimated as many as 2 billion people -- roughly one-fifth of the globe's population --  could become refugees as a result of rising seas driven by climate change. Related: On Monday, the bipartisan House Climate Solutions Caucus reached the 50-member mark. [The caucus maintains an even balance of Democrats and Republicans.]

A new rezoning plan for New York City could see the local archdiocese cashing in on its air rights.

Lawmakers in the Philippines are considering bills that would legalize divorce (the only other state where it's outlawed is the Vatican) and same-sex marriage. If the latter passes, it would make the island nation the first in Southeast Asia to legalize same-sex unions.

Fans of Netflix's "Daredevil" are well aware of the superhero Mike Murdock's Catholic upbringing. In a new trailer for a new Marvel series "The Defenders," which chronicles a superhero team that includes Daredevil, finds the hero seeking counsel from a priest in the confessional. The series debuts on the streaming service Aug. 18.

Differing sketches on energy ahead of World Environment Day