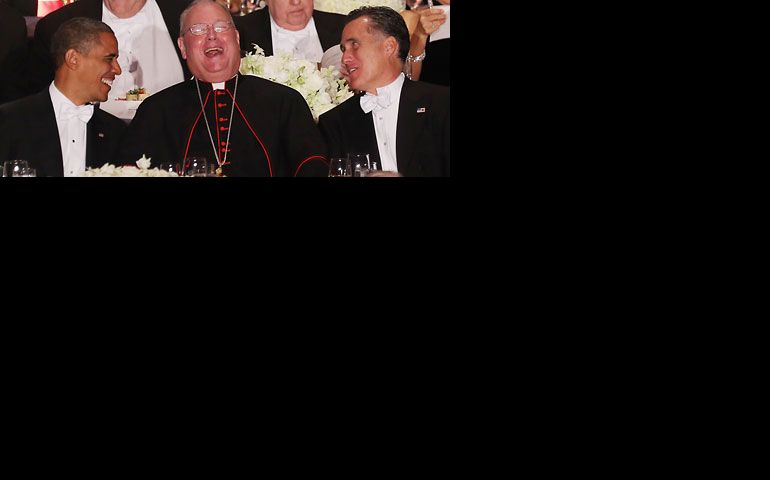 President Barack Obama and Republican rival Mitt Romney mocked themselves — and each other, and Joe Biden, and others — late Thursday during a joke-filled Al Smith Dinner. The best one-liners

Boston -- Movie on Catholic church molestation scandal gets director, screenwriterThe production companies Anonymous Content and Rocklin/Faust, which plan to make the movie based on the stories of the Boston Globe journalists who uncovered the scandal, has hired a director Tom McCarthy (a Boston College grad who costarred in “The Wire” and has directed “The Station Agent,” “Win, Win,” and “The Visitor”) and screenwriter Josh Singer .

Ireland: People with no religions up 400%The proportion of the population that is Catholic is at its lowest since 1961. The latest Census 2011 data released by the CSO shows that 84% of the population now identify themselves as Catholic.

NCR's sister publication, Celebration, posts reflections on each day's Scripture reading. Here's a link: celebrationpublications.org/dailybread. You may want to bookmark it. It's a great way to begin the day.

[How did the] Morning [get away from me] Briefing