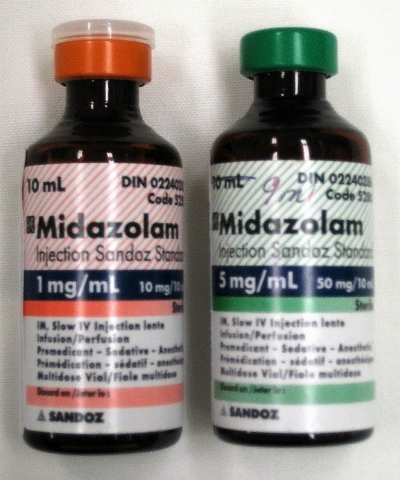 The ruling comes three years after the execution of Dennis McGuire on Jan. 16, 2014. McGuire was the first inmate in Ohio to be killed with the state's then-new drug protocol of midazolam and hydromorphone.

"I saw the stomach first. I saw what looked like a knot in his stomach ... and his stomach was moving. I had not seen that before," Mohr said. "And then I saw his mouth open, and I heard audible sounds. I don't know whether it was like a snore or a snort."

"Typically, after five minutes [from the time the drugs begin to flow], things calm down in an execution in my experience," Alan Johnson, a reporter for The Columbus Dispatch, said during his testimony at the evidentiary hearing. "But after the end of five minutes, roughly, inmate McGuire began coughing, gasping, choking in a way that I had not seen before at any execution. And I remember it because I relived it several times. Frankly, that went on for 12 to 13 minutes."

The court case also acknowledged the deaths of several other death row inmates who were executed using midazolam — Ronald Smith in Alabama, Paul Howell in Florida, Joseph Wood in Arizona, Christopher Brooks in Alabama, Clayton Lockett in Oklahoma, and, most recently, Gray in Virginia. Gray had a pending case against the usage of midazolam leading up to his execution. A stay of execution was denied by the U.S. Supreme Court hours before he was ultimately executed.

Midazolam was also central to another death row inmate's court case that made its way to the U.S. Supreme Court. In June 2015, the court ruled 5-4 against Richard Glossip's assertion that use of the drug was unconstitutional. Glossip is still sitting on death row.

"We are grateful for the carefully considered ruling of Judge Merz and the time he took to evaluate these important issues related to lethal injection in Ohio," Allen Bohnert, an attorney for one of the plaintiffs, said in a press release statement.

A version of this story appeared in the May 5-18, 2017 print issue under the headline: Ohio scrutinizes execution drug.