A few weeks back, I told readers I would inform them of some personnel changes happening here at NCR. I continue that this week with the very exciting news that Jamie L. Manson will be joining the NCR staff as our book review editor effective July 1. 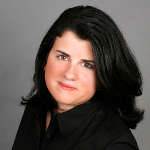 Manson is, of course, no stranger to these pages. In fact, her reporting on the Catholic Theological Society of America and on liberation theology are in this issue, and next issue we’ll carry her reports on four women theologians and the latest venture of Franciscan Fr. Richard Rohr. Manson began writing once a month for our online column Young Voices in 2008. Readers quickly took to her open style of reporting and commentary, and we realized that we needed Manson’s voice more than monthly. Since she began her own weekly column, Grace on the Margins, those pieces have been consistently the most read on our website.

She has racked up awards from the Catholic Press Association and Religion Newswriters Association. This year the Catholic Press Association gave her second place for online commentary; she was sandwiched between NCR senior correspondent John Allen’s All Things Catholic column, which took top honors, and Michael Sean Winter’s Distinctly Catholic column, which took third place. The judges said Grace on the Margins had “in-depth reporting on topics that deserve our attention.”

Manson is not an armchair intellectual, writing her columns from a curtained, wood-paneled room. She received a Master of Divinity degree from Yale Divinity School, where she studied Catholic theology and sexual ethics with Mercy Sr. Margaret Farley. She has worked with the homeless in New York City. She has become popular on the Catholic lecture circuit. As her editor, I like that because it puts her out among her readership, hearing their stories of struggle and triumph, which inform her writing. Manson has a rare gift: She can write with empathy for her subject.

The book review editor is an important post at NCR. The books we choose to review form the intellectual foundation for our Arts and Opinion section; they create an environment for us to explore critical issues in our church and society. I invited Manson to take this job because I want her to help form the discussion that is part of NCR’s mission. 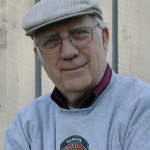 Manson will be taking over from Arthur Jones, who has served as books editor since 2009. NCR owes so much to Jones that I cannot begin to settle accounts in this little space. Jones started at NCR as editor in 1974, and -- as he likes to tell the tale -- has worked his way down since. I think the only two things he hasn’t done at NCR is sell advertising and crank the presses that churn out the newspaper.

When he tried to retire in 2005, then editor Tom Roberts asked Jones to reflect on his years in Catholic journalism. Of all that he could have written about, he chose to write about the people with whom he shared Communion. And that tells you more about Jones than I could.

Always the Eucharist, everywhere. Eucharist in the Mississippi Delta, on the Navajo and Hopi and Mescalero Apache reservations. In the Mogadishu cathedral after helping feed malnourished babies ... in churches with no doors in Korou, French Guiana. ... Eucharist with the older priests and nuns in Hong Kong who’d lived through the Philippines, Singapore, Japan’s occupations, the Mao-driven exodus from China. ... With Fr. Dick Wempe in the Shalom Peace Center/Catholic Worker in Kansas City, Kan.; the Spiritans and friends in the Queen of Peace community, Arlington, Va. And St. V’s, Baltimore, the church with its own homeless park. Mass in Fiji and clerics in traditional skirts ... with Tissa Balasuriya ... with Archbishop Francis Hurley in Alaska. ... Bishop Francis Quinn; with Bishop Francis Murphy at the bishops’ meeting Masses; with Bishop Tom Gumbleton at St. Leo’s and elsewhere ... in my English village ... with the mystics, the Dom Bedes, the Tom Keatings, and the Tom Berrys.

I have a peasant’s faith in the Jesus of the social Gospels. ... I am enough of a Catholic to know that God in mystery and the actions of the Holy Spirit can render all my broad sweeps and details irrelevant, ignorant and naive. Yet enough the journalist that when my editor invites me to tell it as I see it, I have.

But don’t get the idea that Jones is trying again to call it quits. He is passing the books baton to Manson, but we aren’t done with him yet. He’s got projects in the works and his byline will still grace our pages.

Iraqi Catholic leader asks West: 'If they kill us all, will you do something then?'