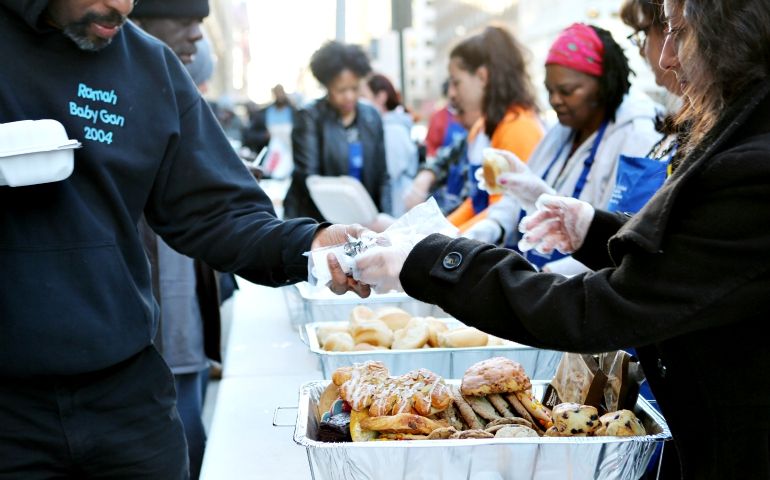 I received a letter from a childhood friend from West Virginia. It makes a powerful case against the budget plan released by the Trump administration recently. It also makes a compelling case as to what constitutes authentic Christianity.

The letter appeared in Trinity's Portico, a Lutheran ministry blog. It presents itself as a letter from a small church pastor to the Rev. Franklin Graham, son of the famous evangelist Billy Graham. Unfortunately, Franklin has chosen to engage in a culture-war battle rather than focusing on bringing the good news of the Gospel to the community. Too many in our own Catholic hierarchy have followed in that same direction.

Pastor Peter wonders in what way President Donald Trump can be considered a champion of religious freedom, considering his behavior during the campaign and in the White House. He remarks, "I don't understand why baking a cake for people whose conduct you find personally offensive is such a big deal."

He notes that the Gospel message is to love your enemies. So his question is, "Wouldn't it have been the Christian way to have baked a cake for the same sex couple?"

The good pastor brings us back to Matthew 25, and reminds us that God's judgment will in fact be on how we treated the hungry, thirsty, etc. in our midst. He points out that God doesn't ask who we voted for, our sexual history, or how many wedding cakes we may have baked.

Finally, the pastor of a small church is struck by the special connection Franklin Graham seems to have to the Almighty. Does he have a corner on the truth, especially when it comes to his conviction that Trump was chosen by God to lead this country? The certainty of an exclusive relationship to the truth is reminiscent of our own church and its leaders in this country.

We could all benefit from reflecting on the truth in Pastor Peter's words: "We don't have your . . . seeming direct connection to the Almighty. But we have the scriptures, we have prayer, and we are learning every day what it means to love God."