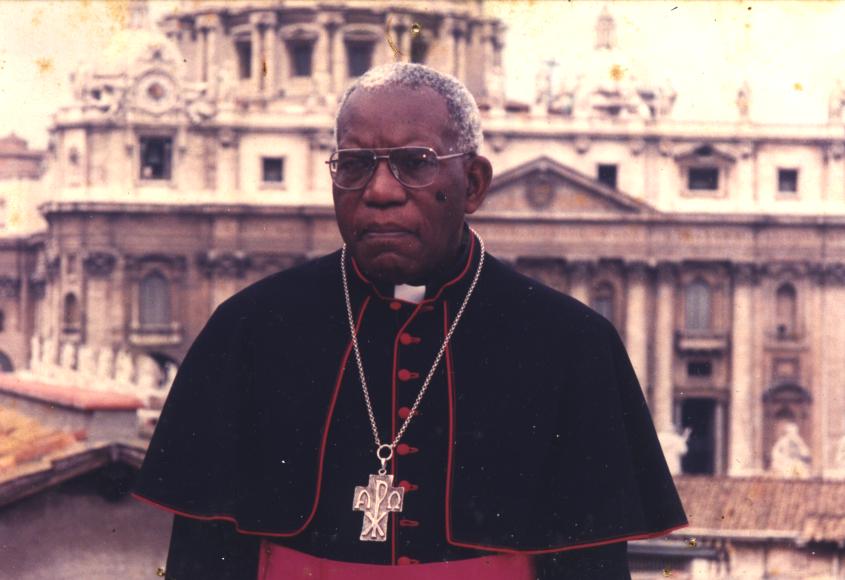 Today is the 16th anniversary of the death of one of the most inspiring new martyrs of this era, and it's likely to be observed in silence most places. In its own way that's fitting, because Archbishop Christophe Munzihirwa of Bukavu, Congo, lost his life in 1996 during the most ignored world war of all time.

The Congo Wars, which flared off and on between 1995 and 2003, at one time or another involved eight nations and roughly 25 armed groups, producing a staggering total of 5.4 million deaths. Had this been Europe or North America, it would be considered the most important chapter of late 20th century history, but it was Africa -- and so the carnage rates, at best, a footnote.

Munzihirwa was among its early victims. As Rwandan troops poured into the eastern part of what was then Zaire in the fall of 1996, he issued a final, fervent plea for help.

"We hope that God will not abandon us and that from some part of the world will rise for us a small flare of hope," he said in an Oct. 28 radio message, broadcast to anyone, anywhere, who might have been listening. As it turned out, no one was.

The civil and military leaders of the region, representing the last shreds of the crumbling autocratic regime of Mobutu Sese Seko, had fled weeks before, knowing that Mobutu was doomed and the Rwandans were unstoppable. Those Rwandans were largely members of the country's Tutsi minority who blamed Mobutu for harboring Hutu militants, and as they moved east they were killing anyone who got in their way.

Munzihirwa, bishop of Bukavu in eastern Zaire since 1993, was all that stood between hundreds of thousands of Hutu refugees and potential annihilation. He had long criticized all parties to the violence. His last hope, shared with the handful of missionaries and diocesan personnel who stayed with him, was for rapid intervention by the international community.

It was not to be. Less than 24 hours later, in the afternoon of Oct. 29, death came for the archbishop.

A Jesuit who called himself a "sentinel of the people," Munzihirwa was shot and killed by a group of Rwandan soldiers, his body left to decay in the deserted streets of the city of Bukavu. (It was more than 24 hours before a small group of Saverian seminarians was able to recover the body and prepare it for burial.) Munzihirwa had surrendered himself in the hope that two companions might be able to get away in his car; they, too, however, had been caught and executed.

At his Nov. 29 funeral, someone recalled Munzihirwa's favorite saying: "There are things that can be seen only with eyes that have cried."

Munzihirwa, who's been dubbed the "Romero of Congo," is no more than one example of the most dramatic Christian narrative of our time -- the rise of an entire new generation of martyrs, now estimated at roughly 150,000 per year, which works out to 17 Christians killed somewhere in the world every hour.

The threats are sufficiently vast that it's tempting to treat them as statistics, rather than flesh-and-blood people. Many were simply in the wrong place at the wrong time, but some, like Christophe, made a deliberate choice to stand in harm's way for the sake of the Gospel.

One day, perhaps, Munzihirwa will be formally enrolled among the saints of the church. For now, even in the absence of a liturgical feast, perhaps we can at least spare a thought for the archbishop -- and for all the faceless victims out there, whose names and life stories we may never know.