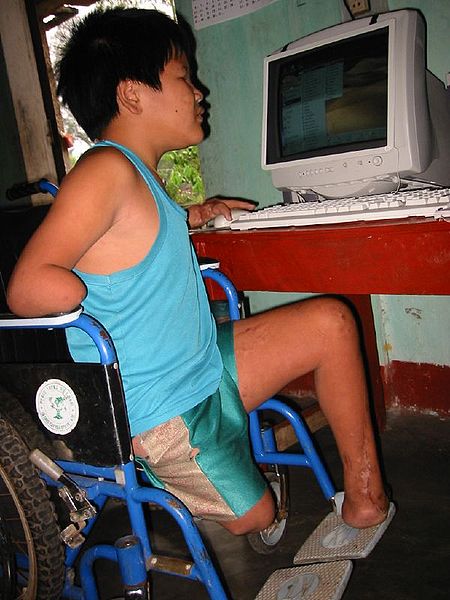 These weapons were first used in World War II and their has continued. Efforts to educate the global public have gone on for decades, but gained international traction in the early 1990s, largely as a result of a non-governmental organization, the International Campaign to Ban Landmines. In the early 1990s landmines were killing some 15,000 to 20,000 people yearly, and maiming thousands more, according one United Nation’s report.

The first international meeting of non-governmental organizations working to ban landmines was held in London in 1993.  Three years later, Canada launched what is called the Ottawa process to ban landmines. The first Mine Ban Treaty was eventually adopted in 1997, calling for banning the production and use of these sleeper weapons, and calling upon signatory nations to assist in dismantling them.

Despite uneven efforts at destroying them, tens of millions remain scattered under soils in some 75 countries.

An American woman, Jody Williams, in 1997 received the Nobel Peace Prize, along with her campaigning NGO for their work. Williams became the 10th woman - and third American woman - to receive the Prize.

The treaty stipulating it would go into effect after securing its 40th ratification, which happened in 1998. It became international law on March 1, 1998. Since 1997, 161 nations have signed, representing 80 percent of the world’s nations.

Smaller nations have led the way. The larger military powers, including Russia, China, and the United States, have not signed the treaty. Anti-landmine advocates have pointed to the United States as being long on human rights rhetoric, but short on delivering on these concerns when military interests are at stake. In resisting to sign the treaty, the U.S. keeps company with, in addition to the super powers, Iran, Egypt, Libya, Pakistan, and Syria.

The U.S. has one of the world’s largest stockpiles of landmines, with a number estimated at upwards of 10 million.  One often cited reason for holding out against support for banning landmines is the use of these weapons along the South and North Korean border.

In this light, anti-landmine advocates warmly welcomed an Obama administration announcement last that the US would begin to reduce its landmine stockpile, with an eventual eye for signing the treaty.

Speaking at the Third Review Conference of the Mine Ban Treaty, US Ambassador to Mozambique, Douglas Griffiths, said that while the US is pursuing solutions that would allow it to accede to the treaty, it is reserving the right to use its current stockpile anywhere it feels it must until the mines expire.

“Our delegation in Maputo made clear that we are diligently pursuing solutions that would be compliant with and ultimately allow the United States to accede to the Ottawa Convention, US National Security Council spokeswoman Caitlin Hayden said in a statement. Previous statements by the Obama administration went only as far as saying it would study the treaty's provisions.

A baby step, but a step nevertheless.