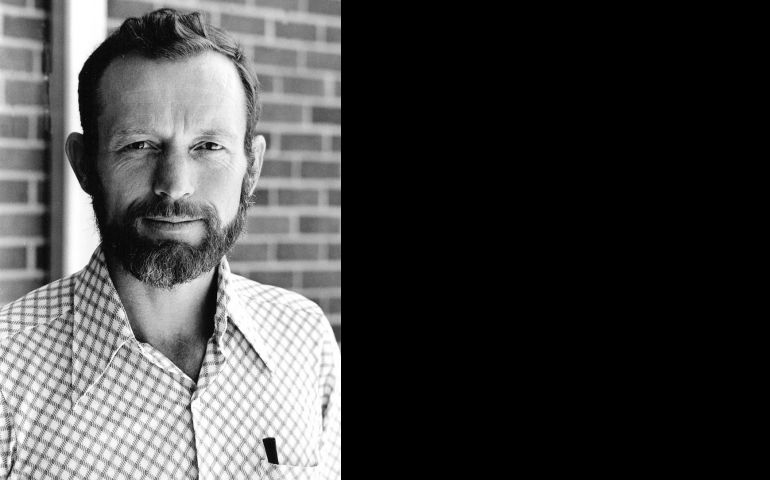 Pope Francis has recognized the martyrdom of Fr. Stanley Rother of the Oklahoma City archdiocese, making him the first martyr born in the United States. Rother is pictured in an undated file photo. (CNS / Charlene Scott)

Rome — A U.S. missionary priest who was murdered in Guatemala in 1981 became a step closer to being considered a saint in the Catholic church on Friday, after the Vatican office in charge of sainthood causes officially declared him a martyr who had been killed for his faith.

Fr. Stanley Rother, a priest of the Oklahoma City archdiocese who served for nearly 15 years in Guatemala before he was shot dead in his parish church, is now the first American to be recognized by the Vatican as a martyr.

Following Friday's declaration from the Congregation of the Causes of the Saints, Pope Francis is expected to beatify Rother in coming weeks. Beatification, the final step before sainthood, declares that a person's life is worthy of imitation by Catholics.

Rother served in Guatemala during the beginning of the country's nearly four-decade-long civil war. Hundreds of thousands of Catholics were killed during the conflict, normally after being placed on death lists.

While Rother initially went home to Oklahoma after being placed on a death list, he came back to Guatemala declaring: "the shepherd cannot run." He was killed within days of his return to the country.

Recognition of Rother's martyrdom seems to continue a recent expansion under Francis of the criteria of what makes a Catholic's death considered a martyrdom. The Latin formula states that a martyr must have been killed in odium fidei, or, "in hatred of the faith."

Asked in August 2015 about the case of another priest who was murdered and eventually considered a martyr, Salvadoran Archbishop Oscar Romero, Francis said that one of the questions about Romero's case was whether odium fidei could be proven only against a person's beliefs or also against the good works the person did because of their beliefs.

"What I would like is a clarification about martyrdom in odium fidei, whether it can occur either for having confessed the Creed or for having done the works which Jesus commands with regard to one's neighbor," Francis said then.