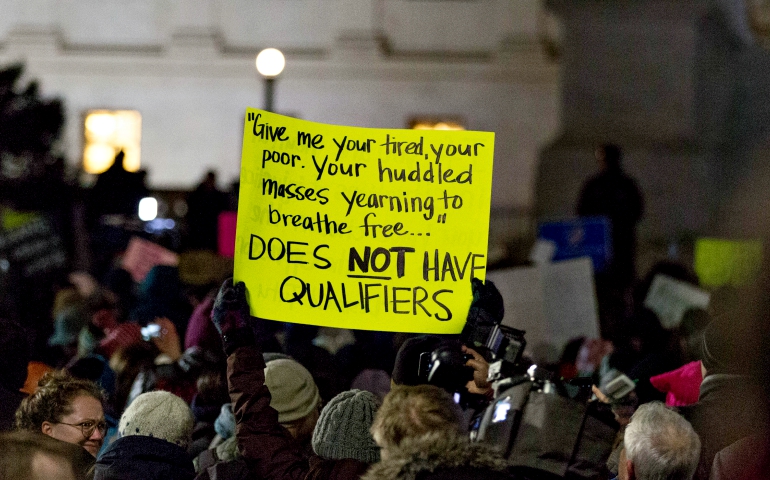 On June 26, the Supreme Court handed down a temporary decision, weighing in on the now infamous "travel ban" that President Donald Trump had tried to instate earlier this year. The Trump ban tried to prevent people from six majority-Muslim countries from entering the United States. It had been overturned at both the district court and appellate court level in two jurisdictions. Part of the reason for at least one of those judicial decisions was the implicit religious discrimination against Muslims implied in Trump's order.

Now the Supreme Court is allowing a partial ban to go into effect for people from those Muslim-majority countries unless a foreign national has a "bona fide relationship with a person or entity in the United States."

Examples of formal relationships cited by the court include students accepted to U.S. universities, an employee who has accepted a job with a company in the U.S., or those who have family in the United States. This is temporary; the court will formally take up the case in its next term this fall.

But what is just? Just about everyone agrees that refugees should be screened before entering the United States (and they are — quite thoroughly), but banning them entirely unless they meet one of these "connection" requirements — even temporarily — is another story altogether.

What about those who are simply victims of war and violence? What about those (from Syria, for example) who fear for their lives in the Middle East? Do we no longer have any room for the tired, the poor, the war-torn, the "huddled masses yearning to breathe free?" I'm not arguing that we take them all, but surely we can welcome some of them. We have in the past.

The words on the Statue of Liberty — "Give me your tired, your poor, your huddled masses yearning to breathe free" — are truly biblical in their message. Those are the same words that greeted hundreds of thousands of Catholics in the 19th and early 20th centuries as they poured into this country from Ireland, Italy, Poland and other countries. Religious discrimination existed in the 19th century, but it was not part of our official immigration policy. And it has no place in our immigration policy today — either explicitly or implicitly.

Granted, the best of administrations would limit the numbers of refugees, but we would not eliminate them from consideration, nor would it try to discriminate based on religion or country of origin.

Let us return to the ideals of our own immigration creed — "Give me your tired, your poor, your huddled masses yearning to breathe free" — so that Lady Liberty can indeed lift her lamp proudly beside the golden door!