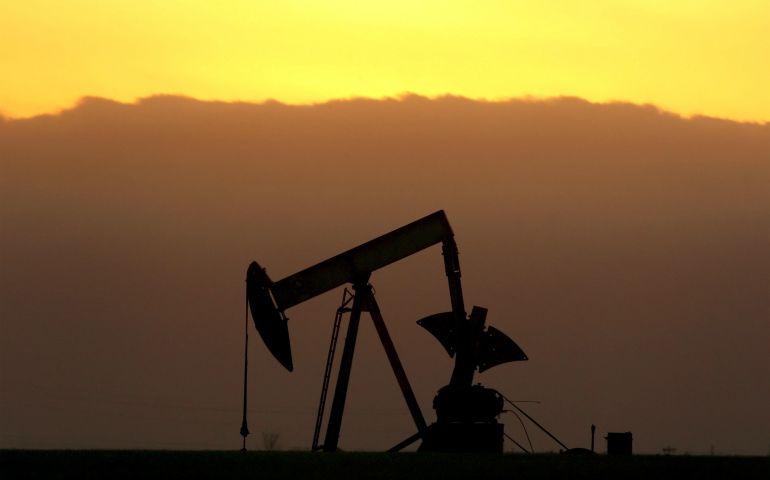 For environmentally conscious Catholics, the Senate confirmation hearing for President-elect Donald Trump's pick to head the U.S. Environmental Protection Agency focused squarely on a single question: Would he actually protect the environment?

Scott Pruitt's selection to succeed Gina McCarthy as EPA administrator raised eyebrows in that, as Oklahoma attorney general, he has sued the agency 14 times, with eight cases pending — including a lawsuit joined by 26 other state attorneys general challenging the Clean Power Plan rules on carbon emissions from coal- and gas-fired power plants. The New York Times reported in 2014 on "a secretive alliance" among Pruitt and other Republican attorneys general and top energy companies.

In his opening statement at the confirmation hearing Wednesday, Pruitt said he rejected the "false paradigm that if you're pro-energy you're anti-environment, and if you're pro-environment, you're anti-energy. … In this nation we can grow our economy, harvest the resources God has blessed us with while also being good stewards of the air, land and water by which we've been favored. It is not an either-or proposition."

Great attention was focused on what Pruitt would say about climate change, given EPA's leading role in regulating and curbing the levels of greenhouse gases emitted by the U.S., the world's second largest polluter behind China. In the past, he had downplayed the level of agreement among scientists about the degree and extent of global warming and its connection to human activity.

At his confirmation hearing, Pruitt mostly stuck to his past views, stating at the close of his opening statement, "Let me say to you, science tells us that the climate is changing and that human activity in some manner impacts that change. The ability to measure with precision the degree and extent of that impact and what to do about it are subject to continuing debate and dialogue, and well it should be."

As Pruitt's hearing began, NASA and NOAA reported that 2016 was the hottest year since record-keeping began in 1880, the third consecutive year to be declared the warmest on record.

"We don't expect record years every year, but the ongoing long-term warming trend is clear," said Gavin Schmidt, director of NASA's Goddard Institute for Space Studies, in a statement.

Sen. Edward Markey (D-Mass.) referenced the NASA/NOAA reports in asking Pruitt if he agreed with past comments of president-elect Trump that climate change is a hoax created by China.

"I do not believe that climate change is a hoax," he responded.

Environmental groups worry that advances in addressing climate change, limiting greenhouse gas emissions and other pollutants (especially ones linked with asthma) under President Barack Obama would roll back under Pruitt's watch, while fossil fuel-friendly policies roll forward, at a critical time when global warming accelerates along with calls for collective international action.

Before the hearing began, Jason Miller, campaigns and development director for the Franciscan Action Network, joined others inside the Dirksen Senate Office Building in a silent protest against Pruitt's nomination.

"There's certainly a concern when the president-elect's nominee to lead the EPA has been suing it for years," he told NCR.

The Catholic Climate Covenant described Pruitt in a recent newsletter as "a leader opposing EPA efforts" to carry out its authority to regulate carbon emissions under the Clean Air Act. It encouraged its members to request their senators ask hard questions of Pruitt and to "consider how strongly he would defend the common good and protect God's creation."

As of Wednesday, nearly 900 people had sent almost 1,800 messages to senators regarding reservations with Pruitt leading EPA. A separate petition to Trump asking that he continue federal action on climate change has so far generated 5,450 signatures.

One of the requests in the petition was for Trump to fulfill the initial U.S. pledge of $3 billion to the Green Climate Fund, an international monetary pool meant to assist developing countries in financing climate mitigation and adaptation efforts, including the development of clean energy.

On Tuesday, the Catholic Climate Covenant joined other Catholic and faith groups in applauding the Obama administration for its latest $500 million payment to the Green Climate Fund.

"The Green Climate Fund is an important resource that helps communities in developing countries prepare for the ill effects of climate change, like increasing droughts that undermine the livelihoods of small farmers," said Bill O'Keefe, Catholic Relief Services vice president for government relations and advocacy, in a statement.

"It is simply a fact that those hit hardest by the impacts of climate change are those that have contributed the least to the problem," said Chloe Schwabe of the Maryknoll Office for Global Concerns. "Given the disproportionate burden that our changing climate is placing on the poor and the marginalized around the world, it is a moral imperative that the U.S. do everything possible to ensure that climate mitigation and adaptation is as just and equitable as possible."

Whether future payments will continue under Trump is up in the air. As a candidate, he included among his 100-day actions the cancelling of billions in payments to United Nations climate programs. The Green Climate Fund was created in 2010 by the U.N. Framework Convention on Climate Change.

Whatever steps Trump or his eventual cabinet does or doesn't take on climate-related issues, environmental groups have pledged to remain a vocal presence during the first hours and days of his presidency.

"Climate folks and environmentalists and people of faith are coming out in force, and you're going to be hearing from us from this point forward even more and even louder," Miller said.

Last week 32 faith organizations, nine of them Catholic, released a letter they sent to the Trump transition team urging him as president, among other things, to uphold carbon pollution reduction standards; promote a clean energy economy and just transition to it; protect federal public lands, tribal lands and water bodies; and keep international climate commitments.

"We join together to urge you — as the President-elect of the United States — to support policies that will safeguard God's creation, address the impacts of climate change on our most vulnerable brothers and sisters, and fulfill our moral obligation to future generations in the United States and internationally," they said.

A series of rallies, demonstrations and prayer vigils are planned this weekend, aligning with the incoming president's first 100 hours in office. So far, 50 prayer vigils — including one Sunday on New York's Brooklyn Bridge — are planned, according to GreenFaith, the multi-faith environmental organization coordinating the effort. Numerous Catholic and faith groups are planning to join the People's Climate March in Washington on April 29, Trump's 100th day in office.