St. Atticus, and all our fictional saints, pray for us 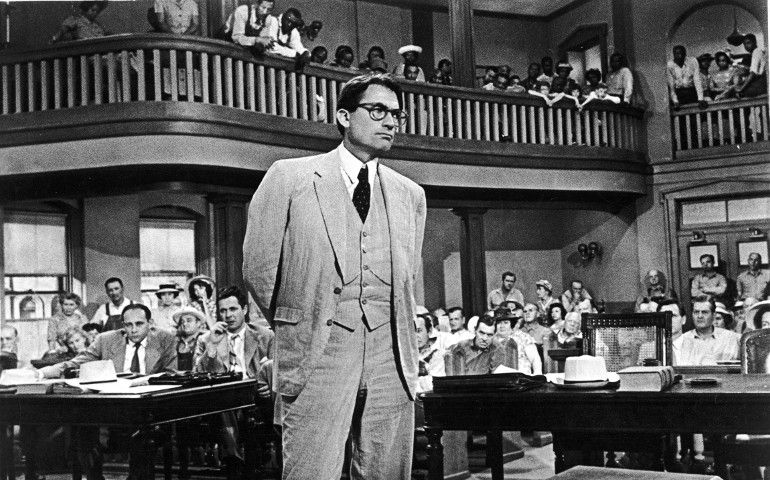 The canonization process is mysterious to me. I know that it involves considerable time, necessitates a miracle or two, and can prove costly. Kenneth Woodward guides us through the process in his excellent work, Making Saints: How the Catholic Church Determines Who Becomes a Saint, Who Doesn’t, and Why.

Although I have never been asked to participate in the process of saint-making, I have taken it upon myself to declare three new saints (sans money, miracles, and a lengthy process). They all reside in the land of fiction.

In my audacity, I hereby declare Atticus Finch, Prospero and Dinah Morris to be in that great cloud of witnesses. I could also mention certain characters from literature who didn’t make the cut, but that is for another time.

Now, I realize that Atticus, Harper Lee’s attorney and father in To Kill a Mockingbird, has fallen on hard times, with rumors that in Lee’s other work he may have associated with white supremacists at one time. But then, Augustine had his bad times as we read in the Confessions, yet he is a saint and doctor of the church. Every saint, be it Ignatius or Francis or Elizabeth Ann Seton, had their flaws and yet they are the holy ones of God. So we have a right to induct Atticus as well.

Why? Because this lawyer stood his ground in seeking justice, one of the seven attributes of God’s kingdom (the others: truth, life, grace, holiness, love and peace). He was not successful in his defense of Tom Robinson (falsely accused of rape) but he did his best, endangering his own life and that of his children in a racist culture. Atticus was a good father, a courageous lawyer, and a witness to what the kingdom is about. St. Atticus, pray for us.

Then there is Shakespeare’s Prospero, the rightful, exiled duke of Milan, in “The Tempest.” This play is filled with conspiracy and romance, with humor and tragedy. Antonio, Prospero’s brother, usurped the throne and attempted to have Prospero and his daughter killed. Alonso, the king of Naples, also participated in the deed. Throughout the play, there is alienation, division and chaos.

Why should Prospero be canonized? Because at the end of the play everyone has been changed — let’s call it converted from sin to grace, from division to unity, from alienation to oneness. It is picture of redemption and Prospero was an agent of that reconciliation. Alonso begged forgiveness of this crime; Antonio humbled himself and lived in the truth; even Trinculo and Stephano, two drunken courtiers, sought repentance. Prospero was an agent of the kingdom. St. Prospero, pray for us.

Dinah Morris was a Methodist lay preacher in George Eliot’s Adam Bede. Dinah witnessed to a life of service, of being for others.

This was demonstrated not only by her preaching of God’s word but also by her constant concern for others. When Hetty Sorrel confessed to Dinah her crime of murder, Hetty owned up to her crime and asked forgiveness. Here is another example of healing and salvation.

Is this not a saintly voice we hear in Dinah’s discourse?

“Do nothing without the Lord’s clear bidding.”

“God didn’t send me to you to make light of your sorrow, but to mourn with you.”

“Our highest thoughts and best deeds are all given to us.”

If one of the greatest needs in the world is for mentors and models, we do well to listen to and observe the deeds of Dinah. St. Dinah, pray for us.

A teacher I had in college was not only a good instructor, he was also a good poet. Fr. Gordon Gilsdorf composed this short, but powerful verse:

and find a tempered, twisted

Atticus, Prospero, and Dinah are not golden mystics or ecstatic Christians. Rather, they are steely in their hunger for justice, reconciliation and compassion. We can do no better than follow their holy example.

[Bishop Robert Morneau, auxiliary bishop emeritus of Green Bay, Wis., serves as pastor of Resurrection Parish in Green Bay. His many books of poetry include The Color of Gratitude. All Soul Seeing columns are available online at NCRonline.org/blogs/soul-seeing.]

People | St. Atticus, and all our fictional saints, pray for us

Dynamic history of US church threads this book on sainthood

New Jersey nun beatification set for next month in Newark

A litany for parents in these hard times