John’s Gospel gives us two accounts in which Jesus becomes present in the midst of a group of his disciples, appearances neither Mark nor Matthew even mention and that Luke presents as a single incident. In reading the Resurrection accounts, we need to remember that the evangelists’ purpose was not to write newspaper reports but to lead the readers to reflect on their own faith in the risen Lord.

Today’s Gospel includes both of John’s accounts of Jesus’ appearance to the gathered disciples. All we know about the first group Jesus breaks in on is that it included some but not all of the disciples and they were afraid enough to have locked themselves in, leaving the distinct impression that they were in hiding.

Jesus appeared in their midst as the antithesis of everything represented by their current state of heart and mind. While they were shrouding themselves from reality, he, the supposedly missing one, sought them out. John says simply that Jesus greeted them with peace. While that is an ordinary greeting spoken today by both Jews and Muslims, it expresses profound blessings of wholeness and integrity, and, undoubtedly in this instance, reconciliation.

The disciples who thought they were safely locked away were suddenly confronted by the crucified one now fully alive. Although that would have been enough to undo them, they were also face to face with the friend and teacher they had abandoned and denied.

The risen Lord never appeared with flashy ostentation. Instead, he appeared to his beloved friends with a simplicity comparable to that of his birth in the stable. When he appeared on the inside of the locked doors, he showed the disciples his hands and feet, signs of all that had happened and also the definitive sign that evil and death had no power over him — not on the cross, not ever. 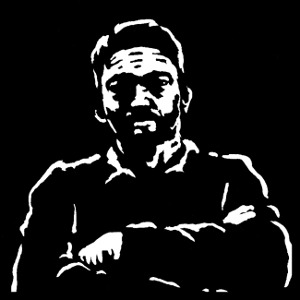 Jesus who had spoken at such length at the Last Supper makes only a few short statements when he appears among the disciples. The one word he repeats is “Peace.” When they hear that, they surely recall his promise to give them peace unlike any in the world. After that greeting, Jesus showed them the maimed hands and feet that identified him as exactly who he was: the crucified and risen one.

After speaking a second peace blessing, Jesus imparted on them the graced power to become who they were called to be. Breathing over them as the Creator had blown life into the first humans, he incorporated them into his own relationship of being loved and commissioned to carry on the Father’s work. Jesus gave the disciples the one ministry that symbolized and included everything he had done and was handing on to them: “Forgive. You have the power. You have the necessary grace. Forgive.”

In her book Jesus Risen in Our Midst, Immaculate Heart of Mary Sr. Sandra Schneiders points out that we are accustomed to translations that misinterpret this verse by adding a word not found in the Greek text to the second part of Jesus’ command. Jesus commissioned his disciples to forgive sins, but when he talked about retaining or holding on, the word “sin” is not in the phrase. Jesus commissions them to forgive others’ sins but to “retain” or hold on to people, not to their past sins. As Schneiders suggests, to retain the sin of another is to cling to the sin and reject the sinner — hardly the mission of Jesus.

Thomas is Jesus’ key dialogue partner in the second appearance story, which begins just like the first: with peace. Except for his need to touch the risen Jesus, we don’t know the details of Thomas’ struggle to believe. Did he find the testimony of the first witnesses unconvincing? Was it doubt that death could really be overcome? Perhaps he couldn’t believe that they could all really be forgiven for their betrayals.

Whatever blocked him, it was symbolized in what Jesus had suffered; Thomas had to see for himself that one so wounded could be living and loving.

So Jesus acted out exactly what he had told the disciples to do: Demonstrating how to be forgiving and hold fast to one who could be lost, Jesus invited Thomas to touch him and to take his place in the believing community. Thomas needed no further evidence.

In this second week of Easter, the early community and especially Thomas stand as witnesses to us. Their stories encourage us to allow Christ’s word of peace and reconciliation to touch us and move us into mission.